Don’t be too depressed about California strawberries – here’s why 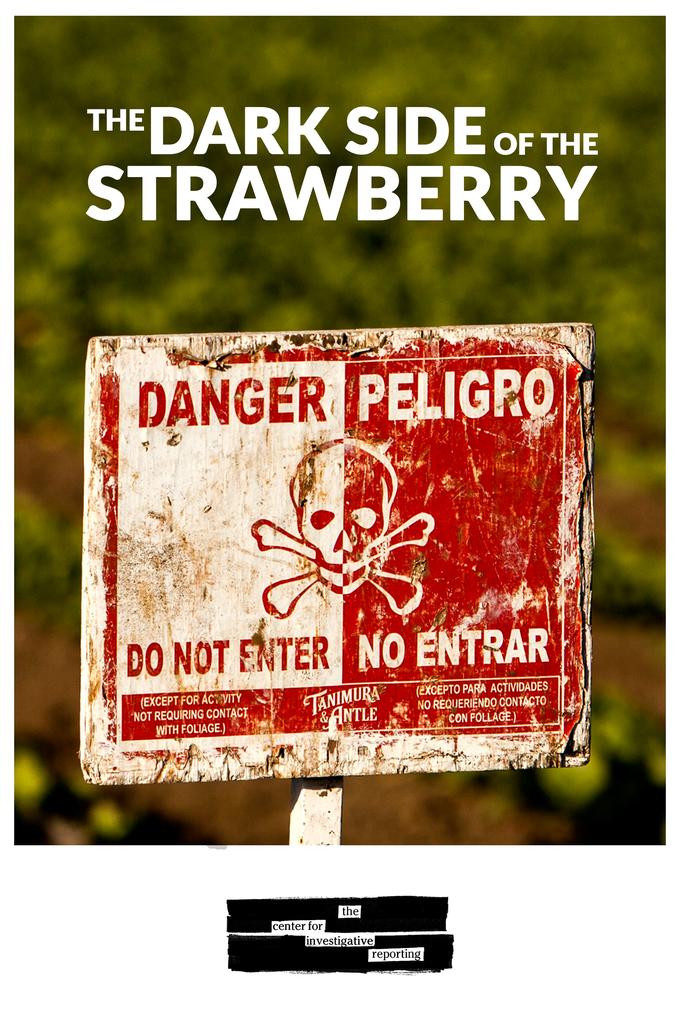 Dark Side of the Strawberry 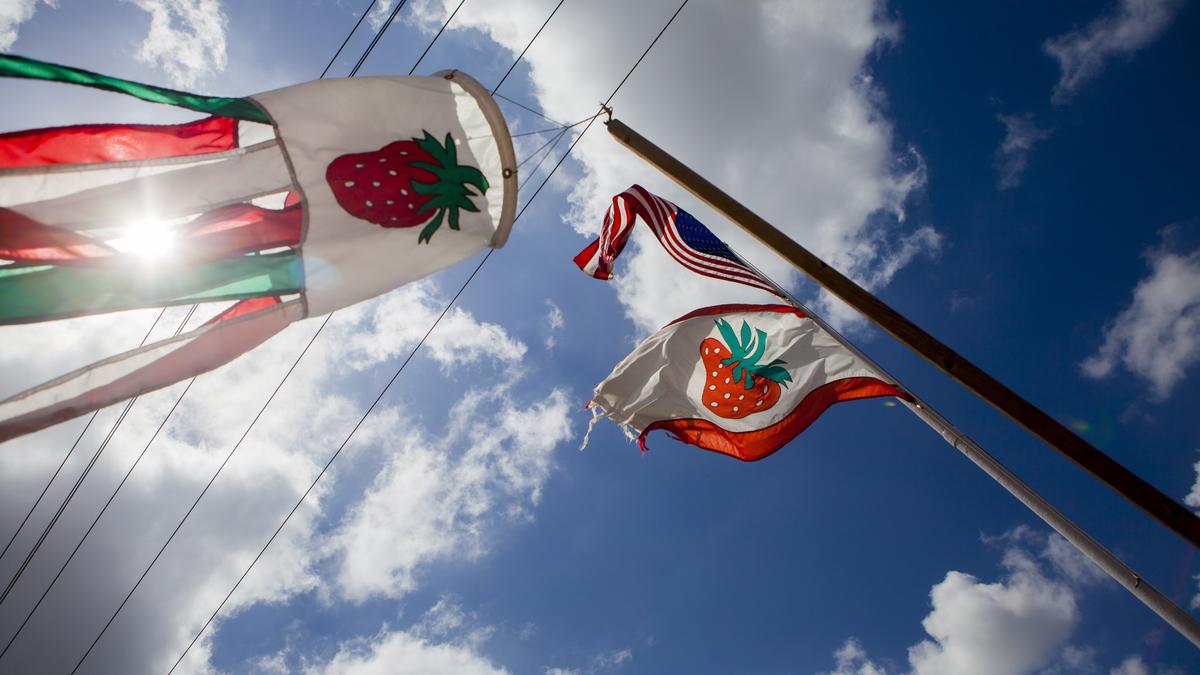 Strawberry flags wave high above the farmland in Oxnard, Calif.

Don't be too depressed about California strawberries – here's why

Since our investigation of dangerous pesticides used to grow California strawberries, we’ve heard from people who say we’ve ruined the fruit for them. Here are a few reasons not to give up on strawberries quite yet.

While we think this comment was made in jest, the general sentiment isn’t uncommon.

Since we’ve published stories detailing the California strawberry industry’s reliance on dangerous pesticides, we’ve been told by people that we’ve ruined the fruit for them or made them depressed.

We don’t want to traffic in depression or ruination. So, with that in mind, here are four reasons to feel some hope about a favorite fruit.

Then again, organic strawberries are grown with some of these pesticides, too. Let’s move on.

2. Other countries have found a way to kick their methyl bromide addiction.

Methyl bromide, which depletes the ozone, was supposed to be banned in developed countries by 2005. But nations kept relying on exceptions to the international treaty, citing economic hardship and the need to ship goods between countries.

In 2010, the European Union shut that down. By law, Europeans could no longer use methyl bromide. They couldn’t request any exemptions.

The United States, though, continues to use thousands of tons each year, taking advantage of the loopholes like no other country. Researchers are looking for alternatives, but everyone in the U.S. and abroad accepts that there is nothing as effective as methyl bromide.

So how’d Europe do it?

First and foremost, European leaders passed a law that basically forced it to happen. But a handful of government policies and programs helped ease the transition. It also helped that an earlier successful phaseout in one country gave European leaders the confidence that it could be done.

The Netherlands has an intensive horticulture industry. The Dutch grow strawberries, tomatoes and flowers – all of which used to rely on methyl bromide. In fact, the country used more methyl bromide than any other in the European Union in the 1970s and 1980s. But concerns over farmworker poisonings, pesticide drift and water quality prompted leaders to take action.

With a combination of policies that discouraged methyl bromide use and encouraged alternatives, the Netherlands phased out almost all use of the pesticide by the early 1990s. While it did raise costs for a time, the phaseout was considered a positive in the Netherlands because it ultimately led to the development and adoption of new and improved practices, according to the 2012 book “Technology Transfer for the Ozone Layer: Lessons for Climate Change.”

After the Montreal Protocol in 1992 demanded the phaseout of the pesticide by 2005, other European countries looked to the Netherlands as a model.

The other part of the phaseout was making alternatives more accessible.

Grants, loans and subsidies funded research for alternatives, as well as training and educational programs to help farmers make the switch. Regional governments in Spain and Italy subsidized solarization plastics, a nonchemical alternative to pesticides. Farmers also adopted a 50/50 mixture of methyl bromide and chloropicrin, which immediately reduced the amount of methyl bromide used. (Chloropicrin is also a fumigant with its own health implications, but it doesn’t deplete the ozone layer.)

3. If you’re inclined, you can make some noise with public officials.

“They should ask their representatives, ‘Why?’ ’’ retired California state toxicologist Joseph Frank told us.

First, you could go directly to your state senator and the Assembly. The California Legislature and the governor have oversight over the state Department of Pesticide Regulation, which we focused on heavily in our story. You can find your legislator here.

On the county level, you can go to your county agricultural commissioner. Here’s contact info for each county. The commissioner serves two conflicting roles: promoting agriculture and policing it. The office approves all pesticide applications and licenses. It’s also in charge of investigating poisoning incidents and improper pesticide use.

You could also go straight to the Department of Pesticide Regulation. Paul Verke, an assistant director, does outreach and public engagement, and he can be reached at Paul.Verke@cdpr.ca.gov or 916-445-4300.

The state is still drafting regulations on chloropicrin, one of the three fumigants central to our story.

4. The state already has closed one of the loopholes that allowed use of one fumigant far beyond original regulations.

Plus, strawberry growers have signaled their intent to stop trying to get around the international treaty that banned methyl bromide.

They’re facing a world where use of two of their three preferred fumigants – methyl bromide and 1,3-Dichloropropene – is being curtailed.

The big question is what comes next – another fumigant or something that will finally break the industry’s dependence on dangerous pesticides?

This story was copy edited by Stephanie Rice.

Don’t be too depressed about California strawberries – here’s why

By Andrew Donohue and Rachael Bale Reveal from The Center for Investigative Reporting December 17, 2014