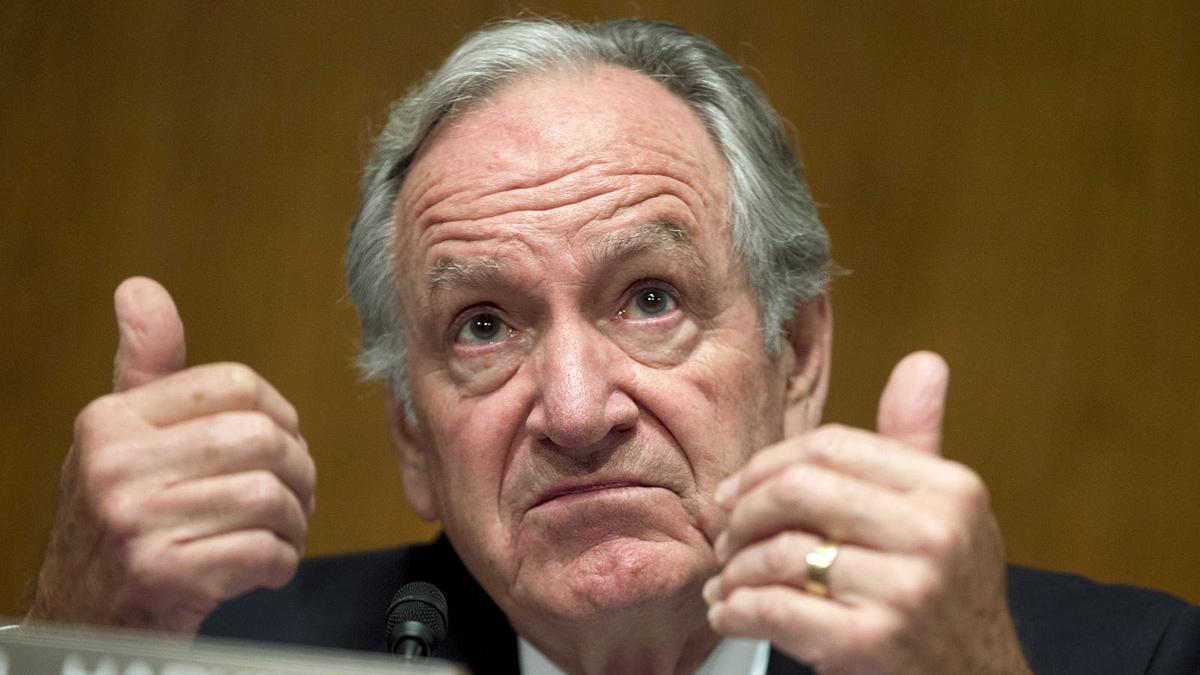 U.S. Sen. Tom Harkin, D-Iowa, released a report that found that eight of the top 10 recipients of GI Bill funds were for-profit colleges.

The parent companies of the University of Phoenix and Art Institutes chains, as well as ITT Tech and Strayer University would be at risk of losing all federal funding if not for the exemption, according to a Senate report.

Four major for-profit education firms are so dependent on taxpayer money that they would be violating the law if not for a loophole that exempts GI Bill funds from a federal regulation designed to prevent profiteering.

That’s among the findings of a 22-page Senate report released today by Democrat Tom Harkin of Iowa, chairman of the Senate Committee on Health, Education, Labor and Pensions.

“The Post-9/11 G.I. Bill was designed to expand educational opportunities for our veterans and service members,” Harkin said in a statement. “I am concerned that it is primarily expanding the coffers of the big corporations running these schools.”

At issue is the so-called 90/10 rule, which prevents for-profit schools from receiving government funding if they draw more than 90 percent of their revenue from federal student aid programs. The rule excludes tuition assistance from the GI Bill for veterans and from the Department of Defense, which funds education for active-duty military.

Harkin’s report found that the University of Phoenix’s parent company, the Apollo Education Group; ITT Technical Institute; Strayer University; and Education Management Corp., which owns Argosy University, Brown Mackie College and the Art Institutes chain, would be at risk of losing all federal funding if the loophole were closed.

Senate investigators found that eight of the top 10 recipients of GI Bill funds were for-profit colleges. In addition, the report said, “the amount of taxpayer dollars paying for veterans to attend for-profit colleges meanwhile has skyrocketed from $640 million in the 2009-10 school year to $1.7 billion last year.”

Michael Dakduk, vice president of military and veterans affairs for the Association of Private Sector Colleges and Universities, an industry trade group, said there was little new in the report.

“It’s no surprise that members of the military choose our institutions, because we provide them with career-focused programs, important support services and the flexibility they need to complete their education,” he said.

Will Hubbard, a Marine Corps reservist and vice president of government affairs for Student Veterans of America, said the ballooning amount of GI Bill dollars being spent at for-profit schools reflects a failure by public universities to attract veterans amid the “aggressive marketing tactics” of some for-profit schools.

“Schools need to offer a good product that speaks for itself,” Hubbard said.

Last month, CIR revealed that the University of Phoenix had received nearly $1 billion to educate Iraq and Afghanistan veterans since 2009, making it the largest recipient of GI Bill money in the country.

The University of Phoenix’s San Diego campus has received more GI Bill money than any brick-and-mortar campus in America. The school’s overall graduation rate is less than 15 percent, according to the U.S. Department of Education.

U.S. Securities and Exchange Commission filings for the Apollo Education Group show that over the last three years, about 40 percent of revenue– $5.1 billion – went to academic instruction. During the same period, the firm spent $3 billion on marketing and recruiting, while $1.2 billion in student fees became profit.

CIR’s report prompted two California lawmakers, U.S. Reps. Susan Davis of San Diego and Mark Takano of Riverside, both Democrats, to introduce legislation designed to close the 90/10 loophole, but it died within 15 minutes of being introduced.

U.S. Rep. John Kline of Minnesota, the Republican chairman of the House Committee on Education and the Workforce, quashed the bill. Kline’s largest campaign contributor is the Apollo Education Group.

Schools receiving taxpayer dollars to educate Iraq and Afghanistan veterans aren’t required to be accredited or report how many veterans graduate or find jobs.

Senate investigators examined the overall performance of the leading for-profit schools and found that at those “currently receiving the most benefits, up to 66 percent of students withdrew without a degree or diploma.”

The committee’s findings mirrored those of CIR’s investigation, which found nearly 300 California schools that received GI Bill money had graduation rates so low, or student loan default rates so high, that they were ineligible for state financial aid.

The Senate committee said a majority of academic programs at ITT Tech, and more than a third of programs offered by Corinthian Colleges, Education Management Corp. and Career Education Corp., likely would be barred from receiving federal money if a long-stalled gainful employment rule were implemented, because they “fail to demonstrate that they prepare students for employment in a recognized profession.”

Earlier this month, Corinthian, which has received $186 million from the new GI Bill, announced it would cease operations and sell 85 campuses across the country after the Department of Education put a hold on the school’s federal student loan money.

First proposed by President Barack Obama, the gainful employment rule was thrown out by a federal district court in June 2012 after a lawsuit by the Association of Private Sector Colleges and Universities.

The government responded by entering into a process of negotiated rulemaking with the industry. When those sessions ended in a deadlock, the Department of Education published new draft regulations in March, which would cut off federal financial aid to programs whose graduates have high rates of default or high levels of student loan debt relative to their incomes.

Final regulations are expected this fall. The industry remains opposed, and analysts believe a second lawsuit is likely.

This story was edited by Amy Pyle and copy edited by Nikki Frick and Christine Lee.

By Aaron Glantz Reveal from The Center for Investigative Reporting July 30, 2014