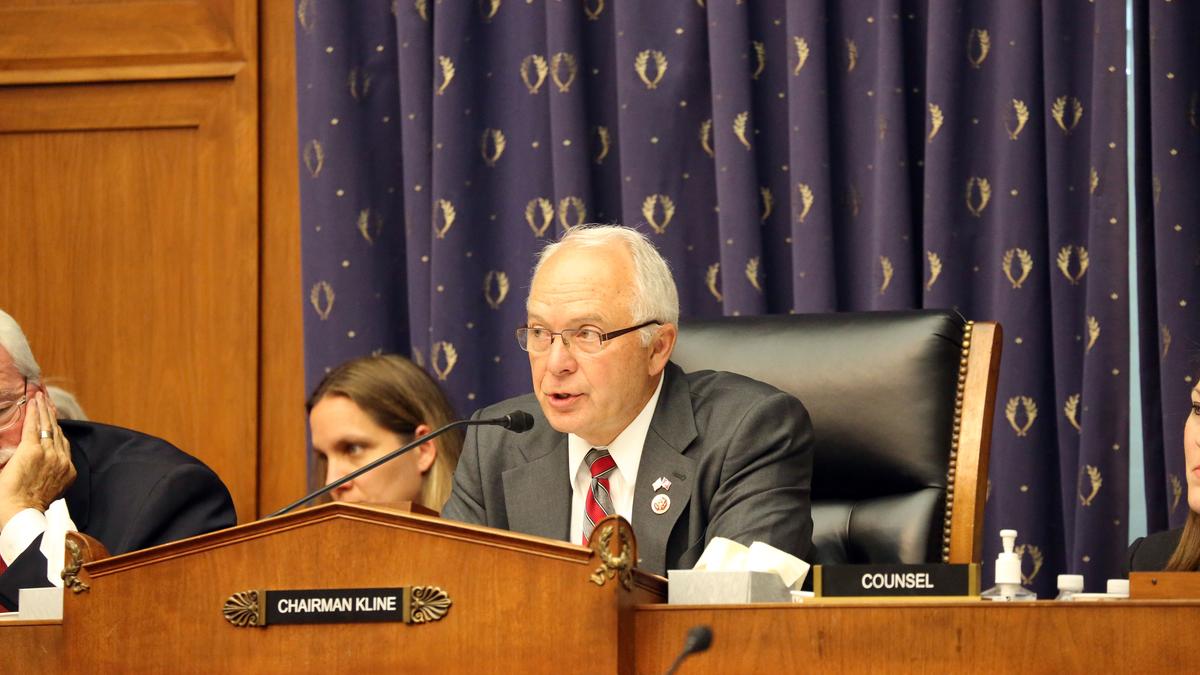 U.S. Rep. John Kline, R-Minn., receives more campaign funds than any other member of Congress from the parent company of the University of Phoenix.

Credit: House Committee on Education and the Workforce

A bill to tighten federal funding available to for-profit colleges was quashed in a committee headed by a congressman who gets more campaign funds from the University of Phoenix’s parent company than any other member of Congress.

Legislation designed to prevent for-profit colleges from gaming the federal aid system and exploiting veterans died within 15 minutes of being introduced earlier this month.

U.S. Rep. John Kline of Minnesota, the Republican chairman of the House Committee on Education and the Workforce, quashed the bill by ruling it nongermane to the topic of financial aid being discussed at his July 10 hearing.

Kline receives more campaign funds than any other member of Congress from the parent company of the University of Phoenix, a for-profit education giant. In an email, Kline’s spokesman, Brian Newell, said the $48,100 in contributions from the Apollo Education Group since 2011 did not influence the congressman’s decision.

“Rep. Kline has long championed policies that encourage a diverse higher education system, and it’s not surprising that organizations that share his views offer their support,” Newell said.

At issue was the so-called 90/10 rule, which bans for-profit schools from receiving government funding if they draw more than 90 percent of their revenue from federal student aid programs. The rule excludes tuition assistance from the GI Bill for veterans and from the Department of Defense, which funds education for active-duty military.

Critics say the loophole leads for-profit schools to aggressively target veterans to draw additional federal funding. Many analysts believe closing it would push some for-profit college chains over the 90 percent cap, gutting their support system. The University of Phoenix, for instance, receives 83 percent of its funds from federal programs, according its most recent filings with the U.S. Securities and Exchange Commission.

That figure doesn’t include the nearly $1 billion the company received from the post-9/11 GI Bill over the last five years.

“We have a great concern now in the country,” Rep. Susan Davis, a San Diego Democrat, said in offering a measure to close the loophole at the House education committee hearing. She accused some for-profit schools of a “predatory nature,” taking millions of taxpayer dollars while giving veterans little in return.

Davis and Rep. Mark Takano, a Democrat from Riverside, California, then tried to attach a change to the 90/10 rule to a broader bill on higher education. As soon as they finished speaking, Kline ruled the amendment out of order. A party-line 20-13 vote sealed its fate.

In introducing their amendment, both Davis and Takano cited a recent story from The Center for Investigative Reporting.

CIR revealed that more than $600 million in GI Bill funding earmarked for Iraq and Afghanistan veterans had gone to California for-profit schools that failed the minimum standards for the state’s own financial aid.

The largest recipient of GI Bill money was the University of Phoenix, which does not qualify for separate state Cal Grant funds because of its combination of a low graduation rate and high rate of student loan default at an institution where more than 40 percent of students rely on loans.

The University of Phoenix’s San Diego campus received $95 million from the post-9/11 GI Bill over the last five years, more than the entire 10-campus University of California system and all UC extension programs combined.

The San Diego campus’s overall graduation rate is under 15 percent, according to the federal Department of Education, and more than a quarter of students there default on their loans within three years of leaving school. No one from any state or federal government agency knows how many veterans who go to school on the GI Bill graduate or find jobs.

“I don’t think Congress ever intended this situation to get out of hand the way it has,” Davis said at the hearing.

The University of Phoenix did not respond to multiple requests to comment. It has retained a crisis public relations firm, The Clyde Group, and disputed the CIR investigation in other media.

In a letter to the editor published in some newspapers that printed CIR’s investigation, Mark Brenner, a senior vice president of the Apollo Education Group, argued that CIR “skewed facts and ignored others to fit an ideological-informed opinion.”

Since 2011, when Kline became chairman of the education committee, Apollo has been his largest campaign contributor, according to the nonprofit, nonpartisan Center for Responsive Politics.

As Kline made his procedural ruling against tightening the 90/10 rule, he also spoke against the substance of the reform, saying it would limit veterans’ education options improperly.

“We should be expanding college access to our veterans, not denying them the opportunity to attend the institution of their choice,” he said.

Since the new GI Bill took effect in 2009, nearly all legislation aimed at modifying it has failed. During that time, the amount of money for-profit education firms have spent on lobbying has skyrocketed.

“This is a relatively new industry related to Washington,” Novak said. “They’ve come on very strong, and they focus on members of the committees that matter for them.”

Among the reform efforts that have died: a bill that would have blocked schools with no academic accreditation from receiving GI Bill money. Another, which would have barred for-profit schools from spending GI Bill funds on advertising, marketing or recruiting, never got out of committee.

The recent failure of Davis and Takano’s proposal marks at least the fifth time since 2010 that lawmakers have tried to modify the 90/10 rule.

This story was edited by Amy Pyle and copy edited by Nikki Frick and Christine Lee.

By Aaron Glantz Reveal from The Center for Investigative Reporting July 23, 2014