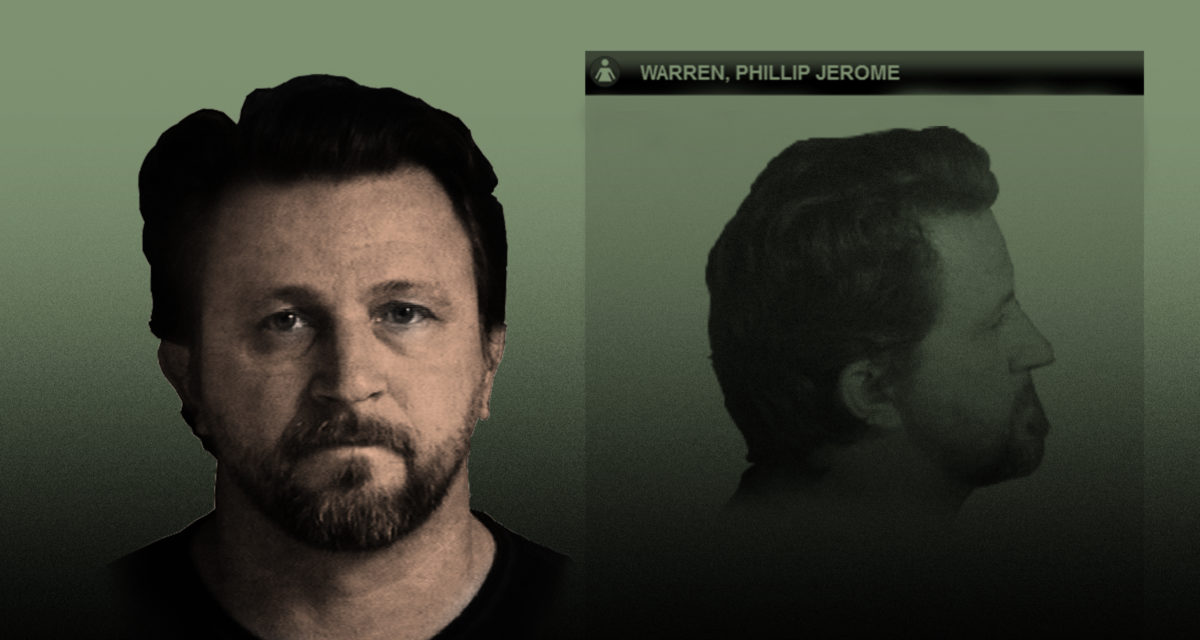 The sexual harassment allegations against Phillip Warren, a substance abuse counselor and operations director at Recovery Connections Community, are the latest disclosure in an ongoing Reveal investigation into exploitative rehab programs across the country.

A top administrator at an exploitative North Carolina drug rehab center used by courts and probation officers has been repeatedly accused of sexually harassing women in the program.

More from All Work. No Pay.

At least seven women have accused Phillip Warren, a substance abuse counselor and operations director at Recovery Connections Community, of sexual harassment and misconduct. He made lewd comments, inappropriately touched them and tried to force himself on at least one of them, according to state records and interviews with several of the women and former program participants.

As operations director, Warren holds enormous power over participants in the program. He dictates their work schedules, metes out discipline and can deliver bad reports to their probation officers, which can lead to prison time.

His boss at the rehab is Jennifer Warren, the CEO and founder of Recovery Connections. She is also Phillip Warren’s wife.

The sexual harassment allegations are the latest disclosure in an ongoing investigation by Reveal from The Center for Investigative Reporting into Recovery Connections and similar exploitative rehab programs across the country.

Courts and probation officers from across the state have sent people to the residential rehab program near Asheville. But rather than getting counseling or classes to overcome their addictions, participants at Recovery Connections worked 16-hour days without pay as caregivers for elderly and disabled people, while Phillip and Jennifer Warren misused program donations and vacationed around the globe, Reveal reported last month.

The Warrens did not respond to repeated calls and email requests seeking comment.

Phillip Warren has his own history with drug use and an extensive criminal record, including 2005 convictions for assaulting a woman and driving under the influence and felony breaking and entering in 2007. After his release from prison, he enrolled in a drug rehab program in North Carolina, where he started dating Jennifer Warren, his substance abuse counselor, in 2008, records and interviews show. It’s a violation of state ethics rules for counselors to date their patients. Their illicit romance cost Jennifer Warren her job and her counseling license.

She and Phillip Warren later married and in 2011 founded Recovery Connections Community together.

Cindy Gilbert checked herself into Recovery Connections during its first year to overcome a heroin addiction. From the beginning, she said, Phillip Warren repeatedly hugged and touched her.

“He was very flirty, very touchy-feely,” she said. “He was absolutely taking advantage of his position. When I think about it, it just makes my stomach hurt.”

Another former participant, Stuart Langeland, told Reveal that Warren made repeated sexual advances toward her the following year. He sent her dirty text messages, she said, and one day came into her bedroom, pushed her against the wall and forced her hand onto his crotch. She tried to fight back, she said, but “he was stronger.”

Around the same time, a different woman accused Warren of sexually harassing her, according to several former participants. She said he propositioned her and tried to put her hand on his crotch. The woman could not be reached for comment, but her mother and several friends confirmed the allegations to Reveal.

Both Langeland and the other woman reported Warren’s harassment to probation officials in Buncombe County, who stopped sending probationers to the program in 2012, interviews and records show.

In an email to probation officials, Jennifer Warren pleaded with the probation department to reconsider. She said she had taken appropriate action against Phillip Warren by suspending him for 90 days and instructing him to attend counseling classes to address his “inappropriate behavior” toward women.

“We do not feel that he constitutes a threat to any one in our program, as he is not in daily contact with our residents,” Jennifer Warren wrote in the email, obtained by Reveal.

She also assured the women that Phillip Warren no longer would work closely with female clients.

But over the years, he has continued to play an integral role in the program, including with many women who were sent there by probation departments across the state. He obtained a substance abuse counseling license in 2016 and frequently leads therapy groups.

Charles Polk, who graduated from the program last year, said several women told him that they feared being alone with Phillip Warren. He said one woman told him that Warren “always tries to make passes at me.” Another said Warren frequently would talk to her about sex.

A different woman who attended the program in 2017 said Warren repeatedly made lewd comments toward her and, on one occasion, groped her buttocks, according to three former program participants.

The woman declined to speak with Reveal, but confided in several participants, including Fox.

“He continuously made her feel extremely uncomfortable,” Fox said.

Robin West, a former participant, reported the allegations to Jennifer Warren, who, West said, confronted her husband but continued to allow him to work around women in the program.

“Jennifer still allowed them to be with him,” West said. “Everything is swept under the rug.”

Phillip Warren was arrested in 2017 for assaulting his teenage daughter, records show. He was criminally charged, but the case later was dismissed. He also punched and physically assaulted a male program participant last year, according to three former participants who witnessed the incident. That alleged assault never was reported to police.

Recovery Connections currently is under multiple criminal and regulatory investigations as a result of Reveal’s investigation, and the North Carolina Department of Public Safety has banned all probationers from attending the program.

This story was edited by Andrew Donohue and Amy Pyle and copy edited by Nikki Frick.

By Amy Julia Harris and Shoshana Walter Reveal from The Center for Investigative Reporting June 14, 2018