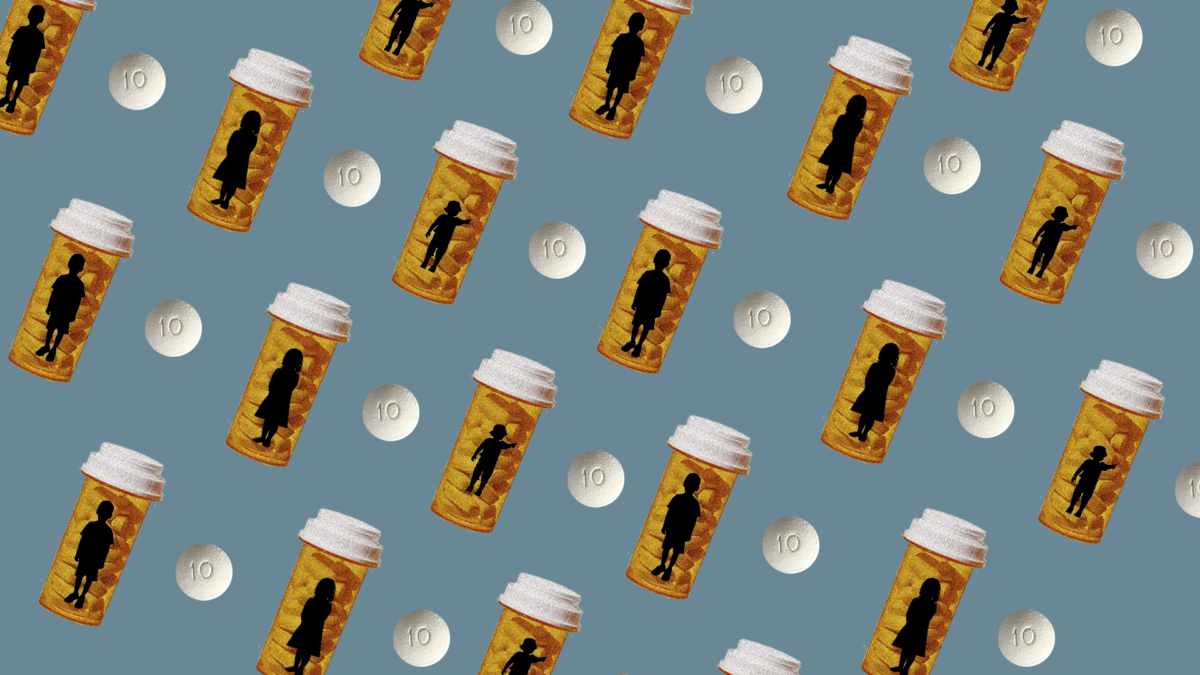 New Hampshire social workers are all too familiar with how opioid abuse can push children into foster care. They see it all the time.

The chain of events is often the same: After being approached by social workers, addicted parents continue to overdose or start dodging them. State officials deem the home unsafe and seek a court’s permission to remove the children.

Then comes a knock at the family’s door.

Yet directly connecting child removals to the source of the problem is nearly impossible. That’s because in New Hampshire’s electronic child welfare database, there’s no way to specify opioids – or any other drug – as a contributing factor.

That’s also true in other states hit hard by the opioid epidemic – even where lawmakers have highlighted the issue publicly.

In May, Pennsylvania lawmakers heard testimony about how the opioid crisis is turning scores of grandparents into primary caregivers. But when asked to provide drug-specific detail on foster care placements, a Department of Human Services representative said the data “is not captured to the level of detail that encompasses the type of drug.”

In Massachusetts, where nearly 2,200 people died of opioid overdoses in 2016, child welfare advocates say “there was no time to gear up” for an opioid-linked surge in the foster care population. Between 2011 and 2016, the state saw an increase of more than 2,000 children in foster care and a total annual cost increase of nearly $68 million. But the state has no idea how many of those kids entered because of parents’ opioid use.

“It’s hard to have enough substance abuse services for these families if we don’t have an accurate idea of how many families are actually being affected by opioid abuse,” she said.

Blame the knowledge gap on a patchwork of requirements and technologies. Caseworkers can’t always prove the presence of drugs in a home. Some have to conduct short substance abuse assessments on their own; others get help from treatment agencies. And although evidence of specific drugs often is noted in narrative reports, those details don’t end up in state or federal statistics.

The result: America’s foster care data is severely lagging behind the opioid crisis’ deadly momentum. Citing unreliable state reporting, the federal Children’s Bureau, part of the Administration for Children and Families, didn’t start publicly specifying why children were removed from parents’ custody until 2015. In a report published Nov. 30, parental drug abuse contributed to more than 92,000 removals in fiscal year 2016 – 34 percent of the nation’s total. Still, no one can say what types of drugs were involved.

“If the state were to begin requiring caseworkers to check the box for, say, opioid use, by what criteria would you instruct that worker to do so?” said Rob Johnson, a spokesman for Tennessee’s Department of Children’s Services. “What she suspects? What she observes in the home? What she’s heard from relatives? Or only if corroborated by drug tests? What if there are multiple drugs? How do you develop the guiding policies and training? What happens when a new drug arrives on the scene?”

To get a clearer picture of the issue, Reveal from The Center for Investigative Reporting submitted public records requests to a dozen states where age-adjusted rates of drug overdose deaths are the highest in the nation, according to the Centers for Disease Control and Prevention.

What emerged was evidence of a serious crisis with blurred contours.

In Ohio, for example, Attorney General Mike DeWine in August urged residents to become foster parents, citing a wave of kids “who enter the child welfare system because one or both of their parents are drug addicts.”

The number of children in Ohio’s system has increased steadily for years, and the annual cost of foster care has risen more than $100 million since 2011. Foster homes are full in some counties, Mother Jones reported last year. Yet no one’s sure of the exact impact opioids have had. Although caseworkers can select “drug abuse of parent” in the state’s reporting system, that total is most likely an undercount, according to a spokeswoman for the state’s Department of Job and Family Services. Plus, there’s significant variation in how such data is collected among the state’s 88 counties.

In West Virginia, more than 6,100 children were in foster care at the beginning of October – the vast majority because of parental drug abuse. And in recent years, the state has seen steady increases in the number of children in care. Yet when it comes to statewide data, there’s no mechanism for sorting by drug type. “Substance abuse” is all that gets logged, according to a representative from the Department of Health and Human Resources.

The list goes on: New Mexico, Kentucky and Utah are seeing surges in foster care placements; none can say for sure how many are due to opioid misuse.

“What we do know anecdotally is that some number are directly linked,” said Adam Pertman, founder of the National Center on Adoption and Permanency. “Because the worker sees the parent, the worker sees the circumstances and can identify the direct link. But for every one they can identify as a direct link, there’s an unknowable number that we can safely assume occur.”

In late 2017, the Associated Press took a step closer to understanding the issue in fine detail. By examining foster care statistics from the National Data Archive on Child Abuse and Neglect, journalists found a correlation between counties with higher levels of opioid prescribing and opioid death and those with higher shares of foster cases linked to drugs.

Their analysis is a good start, but it’s a half-drawn picture of a full-blown crisis. Meanwhile, social workers across the U.S. continue to voice concerns about the detail and integrity of available information.

“We have been to all but one state in the country and asked child welfare professionals if they believe these data represent the prevalence of parental substance use in their cases,” Nancy K. Young, executive director of Children and Family Futures, said in 2016 Senate testimony. “Not a single state believes these data accurately reflect their experience.”

Rather, she said, most believe they greatly understate the problem.

By Byard Duncan Reveal from The Center for Investigative Reporting January 8, 2018