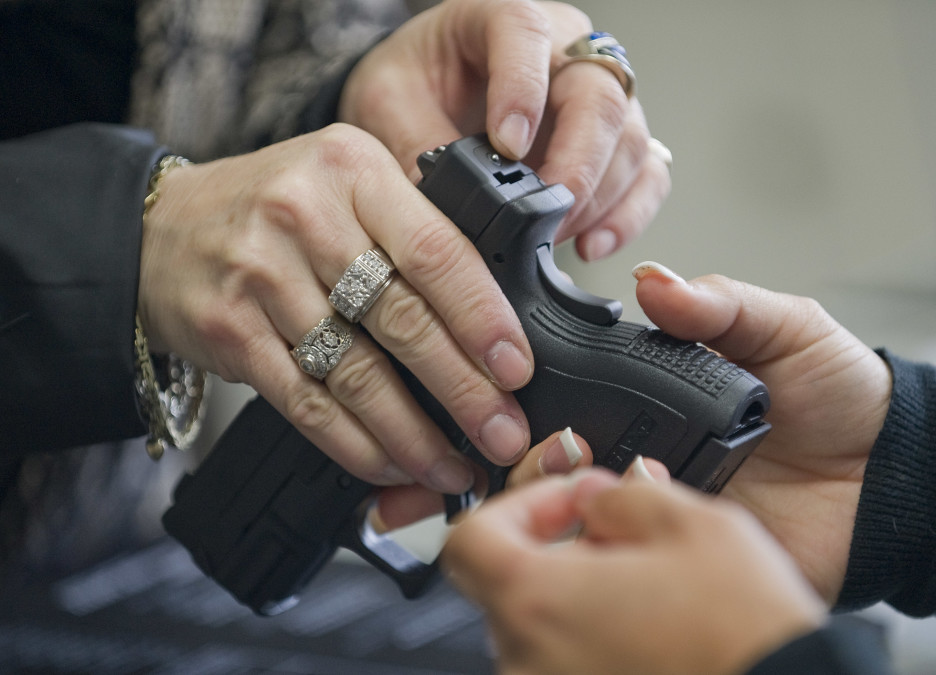 California Bureau of Firearms Chief Stephen Lindley said the state has reduced the backlog of people prohibited from owning guns by about 17 percent since lawmakers made the task a priority in 2013.

Officials at the California Department of Justice this week said they need more time to take guns away from people who are no longer allowed to own them – a task lawmakers made a top priority nearly two years ago.

Even so, clearing the backlog of banned gun owners remains years away. At an oversight hearing Thursday, the state’s top gun regulator said agents wouldn’t get to the bottom of the list until 2018 at the earliest.

The Justice Department received $24 million in 2013 to spend over three years confiscating guns from the roughly 20,000 people then in its Armed Prohibited Persons System, all banned from having a gun because of criminal convictions, domestic violence abuse, mental health problems or restraining orders. Bureau of Firearms Chief Stephen Lindley said 16,396 people remain on the list, a net reduction of about 17 percent. “I think there’s concern that we need to do better,” said state Sen. Loni Hancock, D-Oakland, chairwoman of the Senate budget subcommittee on public safety. Hancock ordered Lindley to return to the committee in 30 days with written recommendations for eliminating the backlog more quickly.

For nearly two hours, lawmakers pressed Lindley for details about the state’s system, which cross-references gun ownership records with changes in legal possession status and is the only one of its kind in the country. Many of the questions stemmed from an open letter by a group of Republican senators last month, who criticized the Justice Department’s progress at reducing the backlog.

“We’re pushing back the tide,” Lindley said, adding that if it wasn’t for the special funding, the backlog would be much worse than it is. “Can we get it done in three years? No. We’re going to need an additional two to three years” to eliminate the backlog.

The majority of special agents hired to knock on gun owners’ doors and take their guns away are part-time employees, which Lindley attributed to the temporary nature of the special funding from the state.

The Bureau of Firearms used the money to hire 48 agents, Lindley said. Of those, 38 have left, many transferring to full-time positions with other state bureaus.

“It’s very difficult to tell an employee to take a temporary job in lieu of a full-time one,” Lindley said.

Hancock expressed concern about the revolving door of agents, saying she would “pursue a legislative fix” that requires funding to be returned if agents hired to reduce the backlog leave their positions within a year.

“We’ve got to understand what it takes, and we can’t just be churning through positions,” Hancock said, later asking Lindley if the department conducted exit interviews to figure out why agents were leaving the program.

Lindley acknowledged that the department faced hiring challenges, and said that with more agents, the backlog could be reduced to as little as 5,000. Currently, his goal is to get the list down to 10,000 by the end of June 2016.

The backlog is shrinking unevenly across the state, largely depending on the motivation and involvement by local law enforcement agencies. Tackling one area at a time also cuts down on travel costs, Lindley said.

Sen. Joel Anderson, R-El Cajon, said the focus on geographic areas made sense, but questioned the approach of targeting old offenders in these areas before going after newly added gun owners in other parts of the state.

“I’m tickled you’ve done as much as you have,” Anderson said. “I’m just disappointed it’s only a 17 percent” overall reduction in the backlog.

Lindley also told the subcommittee that it’s difficult for his agents to get search warrants based on crimes committed decades ago.

Sen. Mark Leno, D-San Francisco, who authored the bill that awarded additional money to the department two years ago, defended the results of the effort. Leno said the department cannot control factors adding people to the system, including an increase in gun sales and changes to the law that have made more people ineligible to own a gun.

“We have made extraordinary progress,” Leno said, adding that the department has completed roughly 12,400 investigations since getting the money, more than the previous six years combined.

The system isn’t static. Even if the department cleared every name currently on the list today, more will be added tomorrow. That makes calling it a backlog a misnomer, said Dr. Garen Wintemute, an emergency room doctor who has studied gun violence for decades and attended Thursday’s hearing.

Wintemute is part of a team of researchers studying the program’s effectiveness. He suggested that Lindley’s staff prioritize seizing guns from people newly added to the list rather than ones who have been banned from owning a gun because of convictions years ago. The odds someone will use a gun to commit a crime, he said, are highest when they are first prohibited from owning one.

By Matt Drange Reveal from The Center for Investigative Reporting May 1, 2015