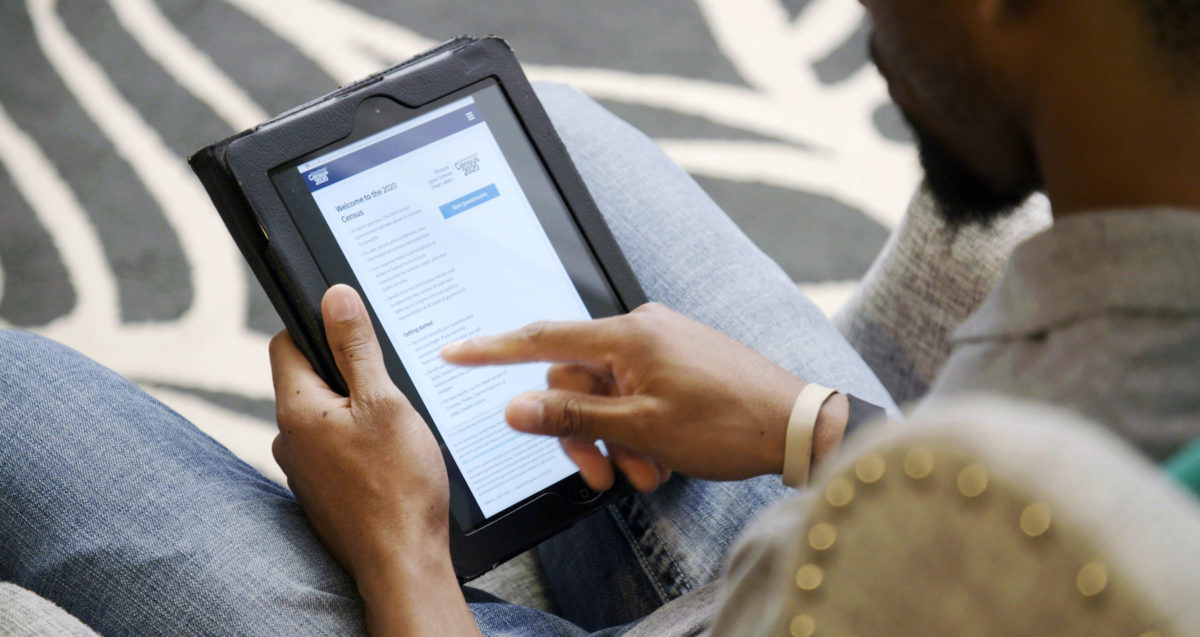 The 2020 census is the first decennial count expected to be conducted largely online. The system is slated to launch March 12.

This week, millions of Americans will begin filling out their census forms online.

The platform they will use never was tested fully by the U.S. Census Bureau. When the bureau conducted a “dress rehearsal” for the census in Rhode Island in 2018, it used an entirely different online response platform, one built by a software company called Pegasystems, also known as Pega.

But between the Rhode Island test and last month, the bureau abruptly switched to a backup system – an online platform developed in-house called Primus. The bureau had tested the Pega platform to see if it could handle a “stress test” simulation of 600,000 people all trying to fill out their forms at the same time. It couldn’t.

So just a few weeks before the launch of the first census expected to be conducted largely online, the bureau switched to the backup system it had been developing in parallel, which officials say can handle the bureau’s worst-case scenario of 600,000 people logging in at the same time.

The bureau won’t say how much this dramatic last-minute change has cost U.S. taxpayers. Despite repeated inquiries, neither the Census Bureau nor Pega would tell Reveal from The Center for Investigative Reporting how much taxpayers paid the company to build an online system that now has been largely sidelined. A Census Bureau spokeswoman directed us to file a Freedom of Information Act request to get this basic information. That request is pending.

Reuters reports that altogether, Pega’s contract with the bureau ultimately will cost about $167.3 million.

The decision to switch systems was made in the wake of last month’s Iowa Democratic caucus, which collapsed in confusion after the app that was supposed to collect voting results crashed under the weight of too many people logging on at the same time. Census Bureau officials said their decision ensures the success of what they describe as the country’s largest peacetime operation – a highly complex effort that provides the data for everything from drawing legislative districts to handing out federal money to build roads.

Bureau officials and a Pega spokesperson said that they developed the two online platforms side by side and that Pega’s system now will be used as a backup in the event that the Primus system crashes. It also will be used to collate census responses that come in by phone and mail.

“Our platform is being used,” Lisa Pintchman, Pega’s vice president of corporate communications, wrote in an email. “Census will be using Pega’s software whether Primus is used or not.”

But those tasked with monitoring the census rollout appear skeptical. The switch from one system to the other first came to light in a report issued last month by the Government Accountability Office. Officials at the GAO, an agency mandated by Congress to examine federal spending, said the move “can introduce new risks, in part, because the backup system was not used extensively in earlier operational testing.”

“There’s a lot of risk and not a lot of time to overcome those risks,” said Nick Marinos, director of the GAO’s information technology and cybersecurity team. “Any late design changes create new risks.”

Rep. Carolyn B. Maloney, a New York Democrat and chairwoman of the House Committee on Oversight and Reform, was among the members who requested the GAO report. She said she is “deeply concerned” about the last-minute shift.

“As the Government Accountability Office has warned, switching to the backup system for internet response just weeks before the Census introduces new risks,” Maloney wrote in an email to Reveal. “Committee Members asked the Census Bureau Director about this change during our hearing in February, and the Census Bureau needs to ensure that its operations work smoothly and enable a complete and accurate count.”

The eleventh-hour change in online response systems isn’t the only tech problem hovering over the 2020 census. In its report, the GAO pointed out that the Census Bureau “continues to face significant cybersecurity challenges, including those related to addressing cybersecurity weaknesses in a timely manner.”

The range of cybersecurity risks were examined in a Reuters investigation last year.

“The risks to IT systems supporting the entire federal government are increasing, and the 2020 Census is no exception,” Marinos wrote in an email. “These risks could include escalating and emerging threats from around the globe, and the emergence of new and more destructive attacks.” He noted last month that the bureau still is completing work on “about 80 critical cybersecurity corrective actions that are currently overdue.”

Marinos said other systems Pega delivered for the 2020 census also were at risk of not meeting bureau timelines for testing and implementation. For example, the enumeration software and hardware that canvassers will use as they travel door to door to collect census responses still aren’t fully operational.

“We noted that the Bureau needed to effectively manage the risks associated with these system deliveries to better ensure that they are delivered on time,” Marinos wrote.

While the website to collect census responses launches March 12, the Census Bureau has a few more weeks to get these other systems up to speed before door-knocking begins. Workers will begin visiting homes where people haven’t responded starting in May.

This isn’t the first time the Census Bureau has had trouble with technology built by outside contractors.

“This happened before,” Robert Groves, who led the Census Bureau from 2009 to 2012, said in an interview.

Groves said the bureau paid a contractor, Harris Corp., millions of dollars to develop a hand-held device for census workers to use during the 2010 census. Thanks to a host of issues, he said, including “mission creep,” in which the company was asked to add more and more functions to the device, Harris ultimately failed to meet its deadline and workers had to revert to using paper forms.

By Will Carless Reveal from The Center for Investigative Reporting March 11, 2020