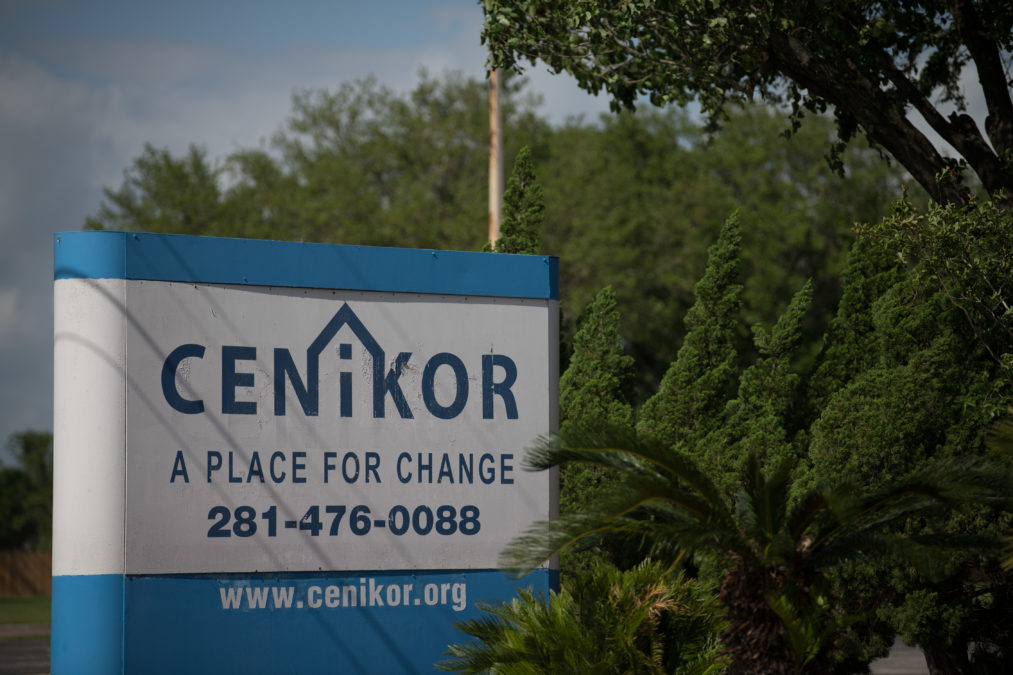 A sign at the entrance to the Cenikor Foundation, a private, not-for-profit behavioral health facility, is pictured in Deer Park, Texas on Thursday, April 18, 2019.

State officials in Texas and Louisiana have launched multiple probes into the Cenikor Foundation following an investigation by Reveal that found the prominent drug rehab has turned patients into an unpaid labor force for private companies.

Reveal from The Center for Investigative Reporting found that the nonprofit has sent thousands of patients to work without pay at hundreds of for-profit companies over the years – including Exxon, Shell and Walmart – in likely violation of federal labor law, according to former federal labor officials.

Louisiana Attorney General Jeff Landry is investigating Cenikor for possible Medicaid fraud. The program receives Medicaid funding and has received millions in state contracts for behavioral health services. A spokesman declined to comment on the investigation but said that “if there’s evidence of a crime that involves Medicaid, that’s something our office takes a strong interest in.”

In addition to the government investigations, former patients are suing the program for back wages in four separate lawsuits, and two of Cenikor’s biggest work contracts have stopped using workers from the program.

All Work. No Pay

“It is our expectation that our suppliers comply with all applicable laws and regulations,” said spokeswoman Karla Cuculi. “We are currently evaluating the use of Cenikor as a temporary labor source.”

Reveal’s investigation found a host of problems at the lauded rehab. Former staff told Reveal that participants often worked such long hours that they rarely received the counseling they needed. Under pressure from Cenikor leadership, some staff said they falsified paperwork to make it appear as though clients got more counseling than they did.

In addition to long work days, many also frequently worked in unsafe conditions and were injured on the job. More than two dozen Cenikor patients have been seriously injured at work, including one injury that resulted in a patient’s death.

Courts across Texas and Louisiana send defendants to Cenikor for drug treatment, often as an alternative to prison or jail. Some former patients have defended the program, saying it helped them and was better than being homeless or in prison.

But this month, dozens of former participants have joined lawsuits against Cenikor and come forward with allegations of exploitation and abuse. Last week, a former participant added a new wrinkle in a fourth lawsuit, accusing Cenikor staff of benefiting from unlawful kickbacks.

The lawsuit, filed by former participant John Potter, said the wages earned by rehab participants went to the salaries of Cenikor staff, specifically naming CEO Bill Bailey, who earned more than $400,000 in 2017.

“It was just a work camp to get out of jail. No recovery at all,” Potter said in an interview with Reveal. He said he first enrolled in Cenikor’s Baton Rouge, Louisiana, program when he was homeless and addicted to pain pills. “It’s a big scam of a place.”

In a statement provided to Reveal, Cenikor said it follows state regulations. The program declined to comment on the business contracts, investigations or lawsuits.

“As a matter of policy and regulation, we are prevented from speaking on behalf (of) partners, regulators, or on human resources matters,” the statement reads. “However, we fully cooperate with, and in many instances, go beyond, regulatory compliance requirements.”

In Texas, the Health and Human Services Commission is investigating allegations of abuse, neglect and exploitation at Cenikor, as well as worker injuries. State Rep. Garnet Coleman, D-Houston, said he also is asking the commission to investigate whether Cenikor violated its contracts with the state, which have earned the program more than $26 million since 2009, according to public records.

“The facts that you’ve presented are very disturbing. It’s not right,” Coleman said. “We need credible substance abuse treatment centers. And we need them badly.”

At the Texas Workforce Commission, spokeswoman Lisa Givens urged unpaid workers to file claims for wages. “The TWC encourages any Texas worker who feels they have not been paid for work that they’ve done to contact us so that we can offer assistance,” Givens said.

The Louisiana Workforce Commission, which enforces labor law in the state, is “conducting a full investigation into this matter,” a spokesman said.

Both agencies have asked the U.S. Department of Labor to investigate whether Cenikor is violating federal labor law.

A spokeswoman for Louisiana Gov. John Bel Edwards, who recently accepted an award from Cenikor for “elected official of the year,” said the governor is “concerned about any allegations of mistreatment of those seeking help.” The governor said he was confident the Department of Health would investigate any complaints.

But as many state agencies launch what will likely become lengthy probes into Cenikor, the Department of Health already swiftly cleared Cenikor.

The department regulates drug rehabs in the state and can fine and revoke the licenses of treatment providers that are abusive, exploitative or don’t follow licensing requirements, such as reporting injuries. It’s the one agency assigned to ensure the safety of people struggling with addiction, who seek out rehab for help.

After spending two days at Cenikor, the department closed its investigation and gave Cenikor permission to continue providing treatment services.

Records released Monday show department investigators found that Cenikor failed to conduct background checks on certain staff and that the kitchen was physically unsafe for residents.

A department spokesman said two nurses were assigned to conduct the two-day investigation, which involved reviewing records and interviewing participants and staff at Cenikor’s facility.

“After this comprehensive investigation that not only reviewed the appropriate licensing standards, but also issues that you brought to our attention, we cited the facility for all deficiencies that we could verify. You now have that report,” said spokesman Robert Johannessen.

In response to questions following the report, the governor’s office said it has directed the health department to work with the Workforce Commission and other government agencies “to look further into the allegations that have been raised.”

Reporter Amy Julia Harris contributed to this story. It was edited by Andrew Donohue and copy edited by Nikki Frick.

By Shoshana Walter Reveal from The Center for Investigative Reporting May 16, 2019