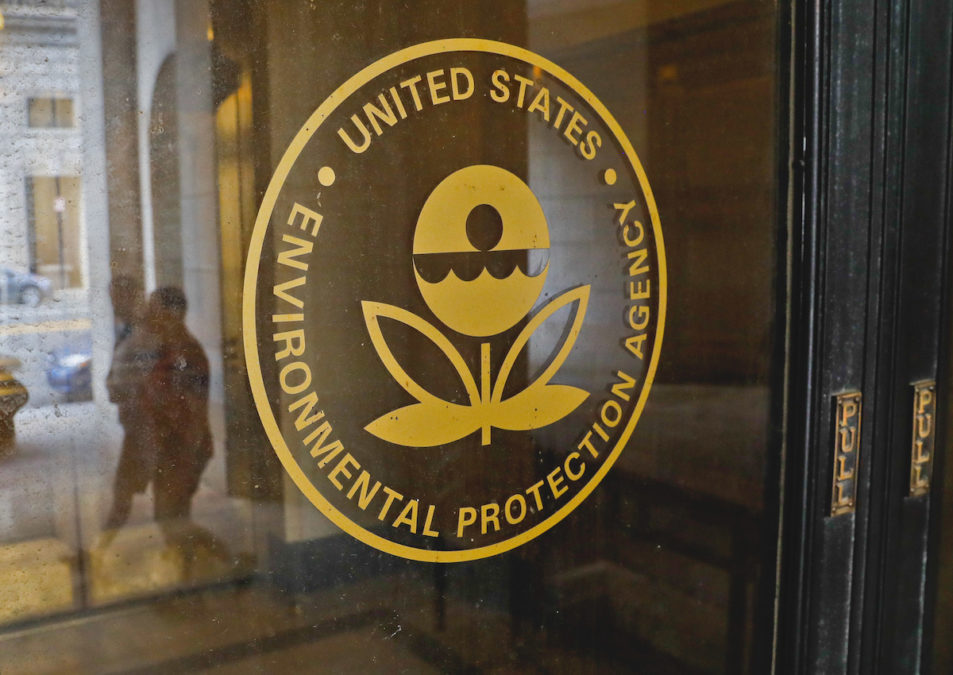 Despite the disruptions of the COVID-19 crisis, the Environmental Protection Agency has moved forward with a four-day scientific peer review of the agency’s evaluation of an extremely toxic chemical. The peer review process is a required step before the agency makes any decisions about whether and how to regulate the common solvent linked to cancer, immune disorders and fetal heart defects.

Reveal from The Center for Investigative Reporting previously reported that the EPA’s risk evaluation of the chemical, trichloroethylene, or TCE, was heavily altered by the White House. The draft evaluation by EPA scientists, years in the making, had set unsafe exposure levels based on the risk to fetal hearts, because even trace amounts of TCE can cause potentially lethal abnormalities. After White House edits, the draft swapped in a higher benchmark, based on levels at which TCE can trigger immunosuppression.

The White House interference extended to major rewrites of the instructions for the group of scientists convening this week, according to a document obtained by Reveal.

For instance, a draft of the instructions prepared by EPA scientists said: “EPA concluded that the available literature overall supported a casual relationship between developmental exposure to TCE or its metabolites and cardiac defects.”

However, the rewritten instructions, formally called a charge to the review panel and intended to guide the committee’s work, struck the phrase “causal relationship,” noting instead that “TCE may produce cardiac effects in humans, … however cardiac defects after developmental exposure were not observed consistently.”

On Tuesday, the first day of the peer review meeting, the committee heard comments from the public, including Richard Denison, a senior scientist for the Environmental Defense Fund. Denison eviscerated the EPA for bowing to White House pressure.

“The EPA asserts without a shred of evidence that it expects that addressing risks from immune effects would address other identified risks,” Denison said. “EPA should be ashamed of itself.”

In a written statement, an unnamed EPA spokesperson said the changes between the internal draft and the published draft were not unusual. “Through this process it is routine for the agency to receive input from all of our stakeholders, including our federal partners. EPA then reviews comments received from all sources and may revisit or revise decisions based on that feedback.”

The committee also heard from David Michaels, an epidemiologist at the George Washington University School of Public Health who headed the Occupational Safety and Health Administration under President Barack Obama. He sharply criticized the EPA for calculating risks to workers as though all of them wear respirators, which have become extremely difficult to obtain amid the COVID-19 pandemic.

Michaels said the EPA made three unfounded assumptions that don’t reflect the reality in American workplaces: “First, that workers will be given proper PPE (personal protective equipment), in this case respirators, by their employer,” he said. “Second, they will be able to use that PPE. They’ll be trained to use it correctly and they don’t have medical conditions that will preclude that use. And third, that the PPE will be effective in protecting them.”

Those faulty assumptions alone, Denison said, mean the EPA “underestimates acute risks of TCE by an average of 16-fold and acute inhalation risk by 50-fold.”

TCE is used by dry cleaners, auto brake shops, parts manufacturing factories, paper mills, refineries and many other businesses large and small. On those job sites, tens of thousands of workers are exposed to amounts of TCE that could cause cancer, heart defects, immune problems or other serious health effects, according to the EPA’s evaluation. Wrongly assuming that all these workers routinely wear respirators resulted in the EPA “drastically underestimating the risks by orders of magnitude,” Michaels said.

Scientists paid by industry spoke, too, primarily chiding the EPA for giving any credence to the substantial scientific literature linking TCE to fetal heart defects.

One industry-funded scientist, Jonathan Urban of the consulting firm ToxStrategies, stressed that because of “all the shortcomings” of the EPA’s analysis, the committee should instead rely on his analysis, which, he said, “concluded that fetal cardiac defects should not be considered a critical effect due to inconsistent findings and questions of interpretation.”

ToxStrategies’ clients include the American Chemistry Council, an industry trade group, and Entek, a battery parts manufacturer in Oregon where workers have complained of inadequate protective gear and health problems due to TCE exposure.

Jennifer McPartland, Denison’s colleague at the Environmental Defense Fund, expressed her “utter dismay” that the EPA chose to hold the meeting despite the COVID-19 crisis. She stressed that people from communities dealing with TCE pollution and even some of the experts on the committee were unable to attend. At least two doctors on the panel are engaged in the coronavirus response. The EPA had planned to hold the meeting in person but switched it to online because of the public health crisis.

An EPA spokesperson emphasized that 16 of the 19 committee members were able to participate. “EPA made a decision to proceed with this important peer review meeting after ensuring a majority of SACC (Science Advisory Committee on Chemicals) members representing a range of diverse perspectives were available and interested in participating through a virtual format,” EPA Assistant Administrator Alexandra Dapolito Dunn said in a statement to the committee.

The scientists will prepare a report and present it to the EPA within a few months of the meeting, which could guide any EPA proposals to restrict the use of TCE.

After Reveal broke the story of the White House ordering rewrites of the EPA’s scientific assessment, communities struggling with TCE contamination demanded a meeting with the agency. Dunn responded by telling community leaders where they could submit public comments. By contrast, EPA officials met multiple times with the representatives of industry trade groups.

“EPA ignoring the exposures we face is absolutely unacceptable,” Stacie Davidson and Kari Rhinehart said in a statement on behalf of a group of parents whose children have cancer in Franklin, Indiana, a community with TCE contamination. “The agency is turning its back on us and our children.”

Clarification: This story has been updated to present the proper context for one of Richard Denison’s remarks. His point that the EPA underestimated TCE risks by up to 50-fold related not to the evaluation as a whole, but specifically to the report’s faulty assumption that workers universally use N95 masks and other personal protective equipment.

This story was edited by Esther Kaplan and copy edited by Nikki Frick.
Elizabeth Shogren can be reached at eshogren@revealnews.org. Follow her on Twitter: @ShogrenE.

By Elizabeth Shogren Reveal from The Center for Investigative Reporting March 26, 2020