Few shootings by security guards get reported or investigated 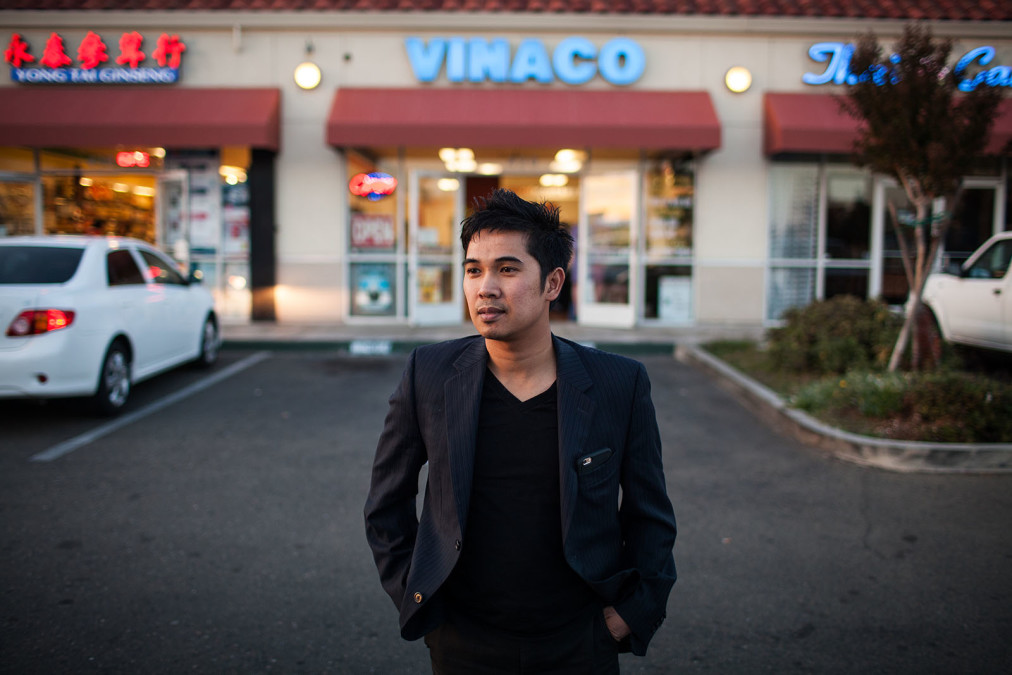 Security guard Teng Xiong unholstered his gun and hesitated. It was dark, past business hours in the Little Saigon neighborhood of Sacramento, California, and a fight was escalating under blurry yellow streetlights.

Xiong and Golden Dragon Patrol supervisor Moua Vang had begun fighting with two young men who refused to leave a shopping center parking lot. Xiong, 25 at the time, watched as Vang wrestled one man to the ground. As it became clear his supervisor was losing the fight, Xiong aimed his gun.

They have badges, uniforms and guns. And every day across the country, they are thrown into volatile situations. Security guards are everywhere: banks, clubs, grocery stores, office buildings, universities, even elementary schools. There are more security guards in the U.S. than local law enforcement officers.

Reveal has dug in and unearthed story after story, statistic after statistic showing that this societal shift has put guns into the hands of guards who endanger public safety.

Here’s how states can improve the security industry

Whether it’s a fatal shooting in South Carolina or a near killing in Texas, when a police officer pulls the trigger, it touches off a prescribed set of events, including an investigation, first by internal affairs and often by the district attorney’s office, too, which determines whether criminal charges will be filed.

That’s not the case with security guards. Most states do not require guards or their employers to report that they have fired their guns.

And in California and the other 11 states that do, follow-up is hit or miss and, when there are investigations, results often are buried. Some guards who use their guns recklessly received little more than a slap on the wrist or nothing at all.

That leaves inadequately trained, traumatized or potentially dangerous guards on the job.

The 2008 shooting of Hernandez was the kind of incident likely to give any security guard regulator pause, especially because Xiong was a relatively inexperienced guard. He’d gotten his firearm permit two years earlier, after working at a gas station. And by Xiong’s own admission, according to testimony in a civil court case, he had not kept up with his required firearms training.

But after Xiong reported the shooting to California’s Bureau of Security and Investigative Services, he said the guard oversight agency never contacted him. Regulators did not bother to check his training records. Xiong never faced criminal charges, either. His bosses invited him back to work. Randy Hernandez, who was shot by a guard in 2008, said, “Now when I walk past them or see anybody who has a security uniform on, I get nervous.”Credit: Public Facebook page

Hernandez survived. Now 26, he lives in Stockton with his brother and cares for his young daughter. Underneath his scarred skin are steel plates. When he speaks, his tongue sounds glued to the roof of his mouth.

“Sometimes I’m thankful to just still be alive. That’s all that matters,” he told Reveal. “Now when I walk past (guards) or see anybody who has a security uniform on, I get nervous. I don’t feel like they’re going to protect me.”

That feeling of insecurity around security guards is grounded in a troubling reality.

Reveal found dozens of instances in which guards and their employers failed to report shootings to state regulators, depriving the public of critical information to judge their safety records.

Buried in thousands of pages of discharge reports filed in six states – Florida, Virginia, Louisiana, North Carolina, Wisconsin and Georgia – are tragic stories of gun violence that guards are meant to prevent. Instead, the guards became the cause, the result of inadequate training, stupidity, poor supervision, mental instability or unchecked aggression.

And buried is where the reports usually stay – stuck in a file cabinet deep in a state bureaucracy. In the six sample states, the response to reports has been uneven at best. A 2008 security guard-related shooting in this Sacramento, Calif., parking lot shows how regulators repeatedly fail to investigate such incidents.Credit: Max Whittaker for CIR

For Hernandez, the July 5, 2008, shooting was the violent conclusion of a bad night. Hernandez, his brother and two friends were trying to find a nightclub when the California Highway Patrol pulled them over and arrested the driver for driving under the influence.

Officers towed the car and refused to let Hernandez, his brother and the remaining friend borrow a cellphone, according to court depositions of the officers and brothers. Instead, the officers pointed to a nearby gas station near a strip mall.

Hernandez spotted a car parked down the road. Inside was an unarmed guard working for Golden Dragon Patrol, Le, who was 25 at the time. He let Hernandez use his cellphone, but Hernandez couldn’t reach anyone. The trio offered Le $20 to drive them home to Stockton.

Le wouldn’t do it. He was on duty and worried they might try to steal his car. He drove across the street and told Xiong and his supervisor, Vang, who had trained him, that he felt pressured.

Immediately, Le later said in a deposition, Xiong and Vang sped over in their patrol car. Vang questioned whether Hernandez was really stranded and threatened to call police. The brothers got mad.

Le said Vang welcomed the fight, saying “something loud like, ‘You guys want some of this?’ Or, ‘Do you want to fight or something?’ ” Suddenly, the Hernandez brothers and the two armed guards were fighting.

Realizing they were in trouble, Xiong backed away and pulled out his gun. In a deposition, he recalled Vang yelling for help. Le remembers the supervisor telling Xiong to shoot.

When they didn’t stop, Xiong aimed at Randy Hernandez and fired.

The bullet tore through Hernandez’s skin, shattering part of his jaw and some teeth, partially severing his tongue and embedding bullet fragments in his neck. That night, he was taken to a hospital, where he remained for months. He lost his job at a nursing home.

When police arrived, Xiong placed his gun on the hood of the car and told an officer that he’d shot someone.

“Am I going to get handcuffed or what?” Xiong later would testify that he asked the officer. “And he says, ‘No. You got any injuries?’ ” Xiong declined to talk to Reveal about the shooting, but he testified in a civil lawsuit Hernandez later filed. A judge ruled that the guards “improperly used deadly force resulting in catastrophic injury,” allowing Hernandez to pursue punitive damages. The lawsuit was settled in 2012 for an undisclosed amount.

Shaken by the experience, Xiong said in his testimony that he quit working as an armed guard. He told lawyers that he was traumatized.

“I just, you know, I almost taken a life,” he said during a deposition. “I’m not the type of person that would, you know, like to go shoot people like that.”

Today, Le works for another Sacramento company as an unarmed guard. He said he feels guilt over what happened and wishes he had never called over Vang and Xiong for backup.

“I don’t fight. I’m scared of that type of stuff. I’m here to protect the property, here to call the cops and let the cops deal with that type of stuff, not me,” Le told Reveal. “I thought I called them over to help me stop the problem, not to fight or jump into it.”

This story was edited by Robert Salladay and Amy Pyle and copy edited by Sheela Kamath and Nikki Frick.

Few shootings by security guards get reported or investigated

By Shoshana Walter Reveal from The Center for Investigative Reporting May 25, 2015