Here are the 10 most valuable houses in Silicon Valley 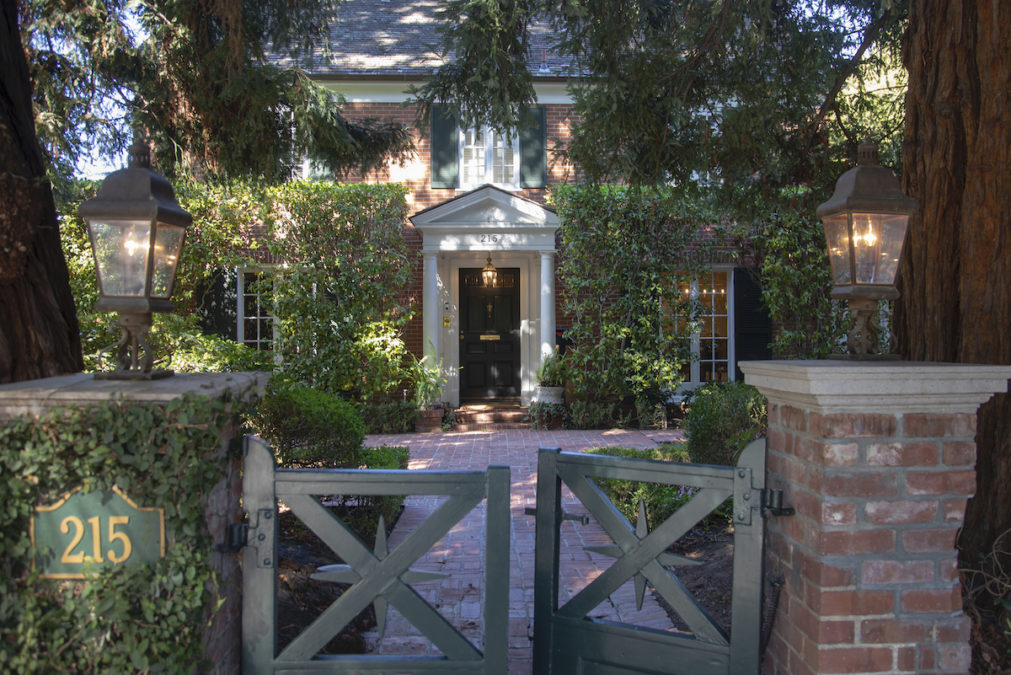 Silicon Valley is one of the most expensive real estate markets in the United States. While it’s known that a handful of tech companies are huge employers, what’s less obvious is that these firms are also some of the Valley’s biggest landowners. We spent nearly a year looking at half a million property records to figure out – Who Owns Silicon Valley? This series was produced by KQED, The Mercury News, NBC Bay Area, Renaissance Journalism and Telemundo 48 Área de la Bahía. It is part of Reveal’s Local Labs initiative, which supports lasting, sustainable investigative collaborations across the country.

Our analysis of Santa Clara County property records allowed us to determine the county’s 10 most expensive homes – but it wasn’t simple to figure out who lived in them. Even coming up with this list required an analysis of hundreds of thousands of records from the assessor’s office. Some of the property records list LLCs and holding companies, which obscures true ownership.

It’s possible higher-value properties exist, but some landowners are able to hide the true total value of their homes by splitting them into several separate parcels owned by distinct holding companies. This analysis merged those properties wherever we were able to definitively establish ownership.

We’re ranking these homes by their assessed value, but that’s imperfect. Assessments don’t always reflect the market, in part because of the difficulty in valuing one-of-a-kind properties, and because California caps annual assessment increases at 2% until a property is sold. That means individuals who have owned their homes for decades could have assessed valuations far below their properties’ actual worth.

The list of top owners presents a small window into the movers and shakers in the valley – including current and former CEOs of technology companies and billionaire investors.

This Versailles-esque estate in Los Altos Hills was purchased by LaPaloma Property LLC, which sources have said is controlled by Russian-born Israeli billionaire Yuri Milner, in 2011. Milner was an early investor in Facebook and Twitter. LaPaloma paid $100 million for the property but it was later valued at roughly half that by the Santa Clara County assessor.

The 25,545-square-foot main home includes nine bedrooms and 14 baths, according to assessor records, along with a ballroom, a maid’s room, a library, two dining rooms, an indoor pool, sauna and spa, two three-car garages and a carwash.

A 4,613-square-foot, five-bedroom, three-bathroom guest house on the property was remodeled in 2011, the year LaPaloma purchased the property, which is 16.97 acres. A second guesthouse – a modest 1,000-square-foot two-bedroom, two-bath set up near the main residence – was built in 2012.

Forbes estimates Milner’s net worth at $3.5 billion. A representative for Milner did not respond to requests for comment.

The four-bedroom, 7,550-square-foot home in Palo Alto’s tony Professorville neighborhood was purchased by Audrey K. Scott, listed as a trustee for the Jones Family Trust and a San Francisco lawyer specializing in trusts and estates. The real owner of the property is WhatsApp co-founder Brian Acton, who has spent tens of millions buying up homes on Palo Alto’s Cowper Street, according to Variety. The property comes with a pool and an intercom system. Scott declined a request for comment.

The home is expensive, even by Palo Alto standards, thanks in part to its large, 0.88-acre lot. Documents submitted to the city of Palo Alto in 2018 indicate plans to demolish the home, built in 1997, and build a two-story residence combining Victorian, Queen Anne and Shingle styles “helping to blend into the existing aesthetic of the neighborhood.”

Former Cisco Systems CEO John Chambers purchased this 5-acre estate alongside Palo Alto’s Foothill Park in 2007. The property is registered to Open Space LLC and Park Arastradero LLC. Today, the home, which spreads over three parcels, is valued at $29.2 million. The property was originally developed by WebTV co-founder Phillip Goldman, who died before it was completed. Chambers’ public efforts to finish the construction, adding more than 300 trees and a tennis court, were welcomed by neighbors tired of the half-built home.

The 13,421-square-foot mansion has six bedrooms and six bathrooms, and a nearby 1,771-square-foot guest cottage has two bedrooms and three bathrooms. Near the tennis court there’s an outdoor kitchen and dining area, according to the plans submitted to the city of Palo Alto in 2008.

Facebook CEO Mark Zuckerberg’s five-home compound in Palo Alto’s Crescent Park neighborhood covers 1.73 acres. Zuckerberg purchased four homes surrounding his residence for $30 million in 2013 when he learned a developer was planning to build a house next door tall enough to see into his master bedroom. The purchases were made under several different LLCs.

The purchases were controversial, in part over concerns they removed stock from the housing-starved city – and in part because it’s clear Zuckerberg overpaid. One of the sellers, who was paid $14 million for their home, have since sued Santa Clara County over the former home’s $4.9 million valuation, which due to quirks in California tax laws resulted in their paying higher-than-expected property taxes on their new Atherton residence.

Billionaire venture capitalist Douglas Leone and his wife, Patricia Perkins-Leone, purchased their 8.5 acre estate, which covers two parcels, in Los Altos Hills in 2010. The main house, reminiscent of Italian and Spanish styles, has 18 rooms, including five bedrooms and 7.5 bathrooms. A house on the second lot was demolished in 2011, according to assessor records.

Leone, a managing partner at Sequoia Capital, immigrated from Italy at a young age. Today, Forbes estimates his net worth at $3.8 billion.

It was home to Beverly James, who served on the board of multiple arts organizations including the San Francisco Art Institute, and George Baker James II, former CFO of Levi Strass & Co. Beverly passed away in 2015 and George in 2017. According to records with the Santa Clara County Recorder’s Office, in late 2017 the property was passed on to their four adult sons. Three of them could not be reached for this story, and a fourth declined to comment.

Homa Natoma LLC purchased this 7.23-acre estate in Los Altos Hills in 2008 and today it’s valued at $24.6 million. It includes nine bedrooms and 11.5 bathrooms, as well as a pool with a slide, a tennis court and a golf green with a pair of sand traps.

If a house can be royalty, then this home is a princess. The 0.92-acre Spanish colonial revival home in Old Palo Alto was commissioned by Levi Strauss heiress and Palo Alto’s preeminent benefactor Lucie Stern for her daughter, right next to Stern’s own home, according to the Palo Alto Weekly. Both houses were designed by Birge Clark, credited as the most influential architect in the city’s history.

The three bedroom, 4 1/2-bathroom home was purchased in 2015 by Google CFO Ruth Porat for $30 million, according to the Palo Alto Daily Post. It’s currently valued at $23.4 million.

This neo-English Tudor-style home in Old Palo Alto is on sale for nearly double the assessed value, at about $40 million. It comes with five bedrooms, seven full bathrooms, a pool and a tennis court. The home also features an elevator, a 3,500-bottle wine cellar and three separate laundry rooms – one of them is for the pool house.

The house is owned by former Facebook COO Owen Van Natta, who according to the website SocketSite purchased the property in 2011 for $9 million. Michael Repka of DeLeon Realty told SFGate that a lot of that size in Old Palo Alto – just over an acre – is “unheard of.”

The 17-room home in Palo Alto is owned by Happy Angel Consultants Limited, a company registered in the British Virgin Islands. When it was purchased in 2014 for $19.9 million, it was the most expensive home sale in Silicon Valley that year, according to Property Shark. The 7,222-square-foot home has a pool, six bedrooms and five bathrooms, as well as a home theater, a music room and several secret rooms.

It’s not clear who is the actual owner of this home. Tax documents from the assessor’s office are mailed to a private home in Fremont. The homeowner for that Fremont home could not be reached for comment.

The startup Mango Technologies, Inc., doing business as ClickUp, a productivity software startup, rented the home for about a year around 2017 because it was cheaper than Palo Alto office space, according to a company representative. A company profile on Hired.com shows the home set up with work stations and a conference room. Prospective employers are told they can “work outside or take a dip in the pool and hot tub.” In October, the company relocated to San Diego.

Here are the 10 most valuable houses in Silicon Valley

By Leonardo Castañeda Reveal from The Center for Investigative Reporting November 6, 2019