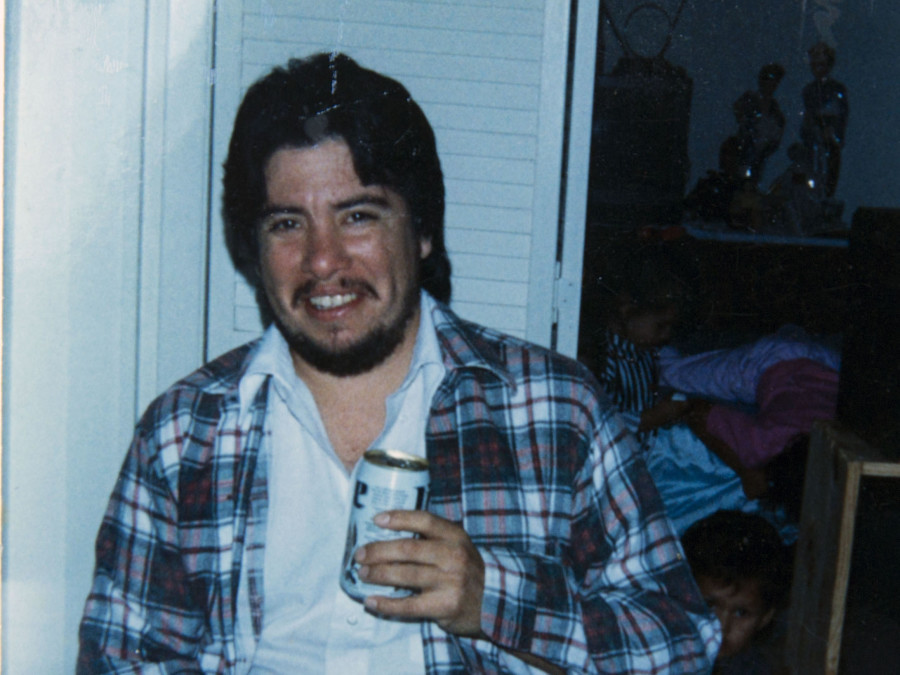 John Almendarez spent more than a decade as a John Doe before DNA from his daughter helped identify his remains.

Listen to this story in our podcast

This story is part of an ongoing series, Left for Dead: Inside America’s Coldest Cases.

For 12 years, Alice Almendarez agonized over the disappearance of her father, but authorities in the Houston area had all they needed to know that 42-year-old John Almendarez was nearby all along.

Left for dead: How America fails the missing and unidentified

Searchable database: The Lost & The Found

While her father had struggled with alcoholism following her parents’ separation, Alice Almendarez knew something was amiss when the regular calls he made to his daughters suddenly ceased after Father’s Day in 2002. She was 16.

“When I went to the police department, they told me that maybe my father didn’t want to be found, or that maybe he turned away from the life he had been living,” she said. “So there was never really anything done on their end.”

Unbeknownst to his daughter, authorities had pulled John Almendarez’s body from Houston’s Buffalo Bayou on July 2, 2002. Decomposition had obscured his features, and he’d ended up a John Doe.

John Almendarez had been among more than 10,000 others like him who make up a bleak national list of people found deceased without an identity. The FBI estimates there are some 80,000 people missing on any given day.

The toll goes beyond the missing and the unnamed. Their mothers and fathers, wives and husbands, brothers and sisters have no idea what happened to them. Killers could still be on the loose.

“They’re living a tragedy, and it just never goes away,” said Todd Matthews, spokesman and director of case management at the National Missing and Unidentified Persons System, or NamUs. “In a missing persons case, it’s like a funeral that goes on for years, sometimes decades, and I don’t know how these people do it.”

Details about the missing and unidentified dead are recorded in NamUs, a growing but voluntary federal database housed at the Center for Human Identification at the University of North Texas in Fort Worth.

Members of the public can search the database and alert investigators to possible matches. NamUs contains thousands of clues, including locations, dates, physical descriptions, photographs taken post-mortem and more. Ultimately, authorities then must decide whether to take the next step and compare DNA or dental records.

But an investigation by Reveal found that neglect, indifference and a lack of will or resources dedicated by police, coroners, medical examiners and others still hinder identifications. Law enforcement agencies at times have let solvable cold cases languish, only to have citizens piece together answers on their own.

Some also complain that the NamUs public Web interface makes it difficult to directly compare the missing with the unidentified dead. Reveal built a tool that streamlines searches and allows side-by-side comparisons. In Houston, Alice Almendarez waited over the years to hear about her father’s fate. She graduated high school. Sometimes she would think she saw him places, or others would claim to have seen him.

At the Harris County medical examiner’s office, he was John Doe No. ML02-2230, the victim of an accidental drowning. In the Houston Police Department’s homicide unit, he was “unknown dead man” in report No. 092958302.

Records obtained by Reveal show that on Jan. 7, 2004, John Almendarez’s DNA was sent to the Center for Human Identification. On March 24, 2004, he was buried in a plot at the Harris County Cemetery. Help match the missing and unidentified through our Web tool, The Lost & The Found, which allows you to search NamUs data, including photos and other details, side by side. More information is available about how to use this tool and what to do if you have a missing loved one.

Alice Almendarez returned to the authorities again in 2010 and filed a missing persons report. The case was closed two years later when officials claimed that they could not reach the Almendarez family.

No one connected the dots until last year, when a county forensic anthropologist obtained Alice Almendarez’s DNA.

“The crazy thing is, he died in our neighborhood, down the street from where we grew up – not even five minutes away from the house,” she said. “Something in me just wouldn’t give up.”

Officials from the Houston Police Department conceded in an interview that DNA wasn’t collected from the Almendarez family in 2010 when they had the chance because it wasn’t routine at the time.

“It was after 2010 … (when) we started advising the families that they had the option to come in and make an appointment for DNA,” said Officer Darrin Buse of the department’s missing persons unit. “If they call us back and want to have that done, we’ll go through that process.”

Lt. John McGalin of the department’s homicide unit said that when the case involves an adult, there must be reasonable suspicion that the person is in danger in order to file a missing persons report with state or federal authorities. Some adults choose to disappear, he added.

“Is it a tragedy what happened to their family? Absolutely, it’s a tragedy,” he said. “In a perfect world, he would have been identified immediately after he made it to the medical examiner’s office. The fact of the matter is that just didn’t happen.”

When the call from an anthropologist at the Harris County Institute of Forensic Sciences finally came, Alice Almendarez couldn’t breathe.

“You think you’re prepared to hear that your dad is dead after so long,” she said. “I actually sometimes would hope that he was, because I didn’t want him to be suffering somewhere.”

This story was edited by Fernando Diaz and Amy Pyle. It was copy edited by Nikki Frick.

By G.W. Schulz Reveal from The Center for Investigative Reporting September 15, 2015