By Katharine Mieszkowski and Lance Williams / May 15, 2015 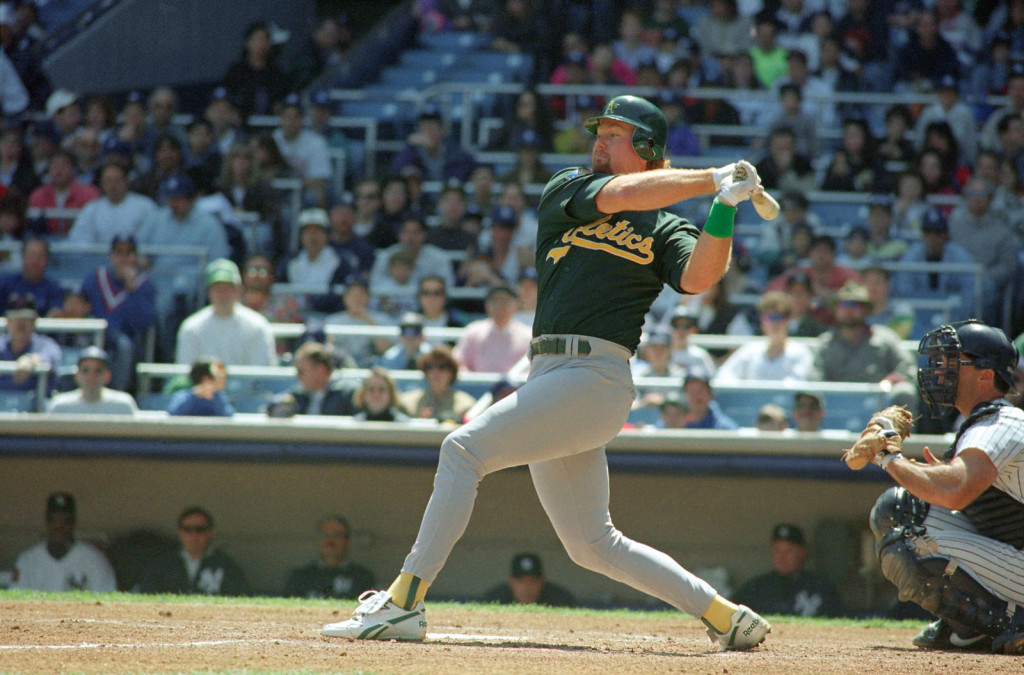 The burly first baseman figured prominently in a 1991 Oakland Tribune investigation that showed how residents of upscale neighborhoods skirted the conservation demands facing everyday homeowners. The Top 100 users in the East Bay used 15 times more than the typical household.

That included the Oakland A’s star, who pumped 3,752 gallons a day in the summer months at his home in Alamo. “There’s no way I would waste water,” he told the newspaper.

In response to the outcry that followed the story, the East Bay Municipal Utility District demanded that its top users cut water use by 20 percent, the Tribune reported. If customers refused, the district would limit them to about 1,200 gallons a day.

Today, nearly 25 years later, while McGwire’s had to deal with more high-profile denials, California again is in the clutches of a massive drought. And the very information that has the potential to drive smart policymaking is now off-limits to the public and journalists.

Even though water agencies have precise data about every customer’s water usage, they no longer have an obligation to share this information with the public.

In 1997, state legislators voted to weaken an important open government law, the California Public Records Act. The reason: Palo Alto city officials were concerned that tech executives’ personal information would be made public, as Reveal reported last month. The move largely made individual and corporate water use private even though public agencies could have simply redacted the sensitive personal information – like home addresses and phone numbers – as they often do when releasing records.

Now, Californians are facing unprecedented water restrictions but they have no way to evaluate if these conservation measures are being implemented fairly where they live, or even if they are likely to be effective. Without specific information about top water users, Californians who have been diligently ripping out their lawns and taking two-minute showers can’t know who among them could be undermining all their conservation efforts by blithely letting the tap flow.

Back in 1991, during California’s last drought, East Bay MUD imposed what it said were tough water conservation rules on its customers. But the district refused to reveal how much its biggest residential customers were using.

The Oakland Tribune sued under the Public Records Act and got the list. It showed that one Orinda investment banker was gushing 16,405 gallons per day – a pipe was leaking into a creek – while most people in the area were using an average of 325 gallons per day. One Blackhawk homeowner, who used 10,870 gallons a day, mostly to water a 3-acre lawn, told the paper: “Frankly, I don’t think that the East Bay MUD people care as long as we pay.”

The story of “profligate water use in the suburbs” outraged many customers who had been taking the district’s calls for conservation seriously, recalled Eric Newton, then the Tribune’s managing editor and today an official with the Knight Foundation, which funds journalism and civic media projects.

After the story ran, the district toughened its conservation rules. “The information (in the water bills) was needed to make important public policy decisions,” Newton said. “It’s not just about public shaming.”

Later this month, the district says it will start imposing fines on residential customers who use more than 984 gallons of water per day. But the toll is just $2 extra for every 748 gallons above that amount. The district says there are between 9,000 and 10,000 households that would have to pay these penalties if their current water usage continues.

But the district is refusing to release the information. “For numerous reasons, including the privacy interests of our customers, EBMUD protocol prohibits the disclosure of individually identifiable consumption data of its customers,” wrote Rischa Cole, assistant to the general manager of the district, in an email.

So for now, the district’s 1.3 million customers in Alameda and Contra Costa counties who all are being asked to use less water don’t really know how much their thirstiest neighbors are using, much less who they are.

By Katharine Mieszkowski and Lance Williams Reveal from The Center for Investigative Reporting May 15, 2015