How we built Reveal’s Reporting Networks 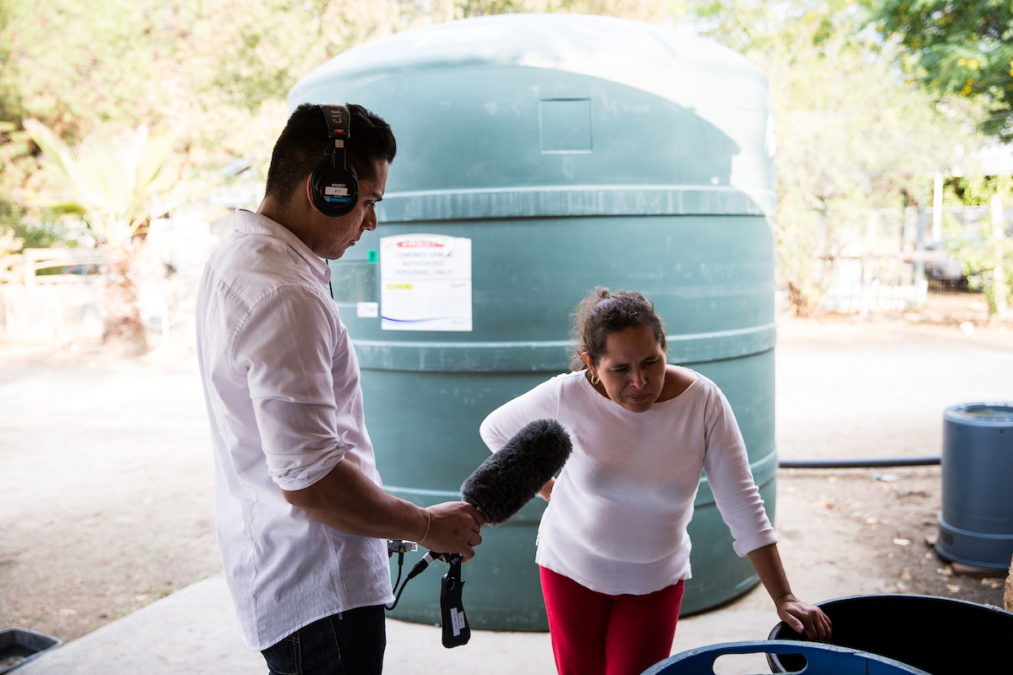 In the spring of 2018, a small group of Reveal reporters and editors kicked off a series of meetings to address a problem none of us had anticipated: After asking for leads about work-based rehabs across the U.S., we’d received more than we could ever handle on our own.

Reporters Shoshana Walter and Amy Julia Harris had been covering the issue, tirelessly, for more than a year. Along the way, they used email, social media and digital tip forms to solicit readers’ stories. Even though the work had created major waves – it spurred investigations and lawsuits, and earned a Pulitzer finalist nod – Harris and Walter were still struggling to understand its scope nationally.

Our solution, Reveal’s Rehab Reporting Network, launched in August 2018. Its goal: connect local reporters with tips about exploitative work-based rehabs in their communities. Journalists who joined the network gained immediate access to dozens of leads from across the country, as well as an in-depth guide to investigating them, authored by our reporters.

In the month after it launched, the Rehab Reporting Network picked up more than 200 members who worked at a variety of outlets, from local public radio stations to national newspapers. They immediately got to work investigating facilities in Oklahoma, North Carolina, Washington and elsewhere.

For a moment, the network seemed to have done its job, creating an avenue to deliver substantive tips to reporters who could quickly and confidently chase them down. But in the middle of solving one problem, we’d also exposed another – this one dizzyingly large and endemic to investigative reporting as a practice: There’s always too much damn stuff.

What we found in our reporting on work-based rehabs applied to pretty much every story we covered: When investigative reporters dig deep into an issue, they collect massive amounts of information (data, documents, interviews), evaluate it, and then begin the daunting task of shaping it all into a coherent narrative. It’s nearly impossible – unless they are planning to write 40,000 words or produce a 16-hour documentary – to avoid narrowing their focus and shaving away intriguing details. As a result, important communities get neglected; important voices go unheard. This process, at its most extreme, is a bit like taking the first bite out of a watermelon slice, then throwing the rest away.

Soon, our new question became: How do we stop wasting watermelon? Our focus began shifting away from the singular problem of work-based rehabs and toward something larger. We started looking for the collaborative potential in nearly every investigation we produced.

As part of our November 2018 “Case Cleared” investigation with ProPublica and Newsy, which looked at rape clearance rates at police departments across the country, we shared dozens of datasets and hosted webinars to help local journalists interpret them. The initiative has produced local stories in Oakland, Baltimore and Louisville, with more on the way. Three months after that, in the lead-up to a Reveal radio episode about concussions among high school athletes, we built a customizable public records request that all listeners – parents, students, journalists and other community members – could easily download and present to their school board. You can download it too, if you’d like. So far, that has helped yield local stories in Denver and Santa Fe. And when our own Will Carless and Michael Corey reported that hundreds of active-duty and retired law enforcement officers from across the United States were members of Confederate, anti-Islam, misogynistic or anti-government militia groups on Facebook, we invited journalists to use our database to follow up with their departments. Reporters in Oregon and New Jersey did just that – and got some interesting responses.

What started as a stand-alone project has now morphed into a sustained approach – one that’s picking up steam among local newsrooms: As of this writing, there are more than 840 members of Reveal’s Reporting Networks, all of whom have access to resources that accompanied our major investigations.

Every day, we’re sharing a little bit more of the watermelon. We’ll add more resources connected to our investigations on immigration and tech by the end of the year. And we’re at work on an hourlong episode of our radio show and podcast dedicated to elevating these stories to a national audience. Expect that in December.

This model sometimes prompts questions. Why dedicate so much time and energy to simply giving away hard-earned leads and resources?

There are a couple of reasons. Primarily, we believe that local news outlets are best positioned to hold the powerful to account. They have the expertise, the community context and most importantly, the trust of their audience. But local news is in trouble. Some 1,400 towns and cities have lost a local newspaper in the past 15 years, according to an Associated Press analysis. Some areas have only one reporter doing the work of an entire paper. Investigative reporting, which is both time and resource intensive, can be difficult for many local outlets to undertake.

Much of the work we do at Reveal is collaborative; it’s a core value of our organization. For the stories that are part of our Reporting Networks, our newsroom has already taken major strides to uncover and elucidate wrongdoing. And since our goal is always focused on impact, we believe sharing the information we’ve uncovered can create a cascade of change, both at national and local levels.

We’ve seen it work before. In March 2018, when members of the U.S. House Financial Services Committee grilled Federal Reserve Chairman Jerome Powell about modern-day redlining, Rep. Lacy Clay referenced our reporting as it appeared in his “hometown newspaper.” And after local news outlets in Austin followed up on our reporting about high rape clearance rates in the city, the Texas House unanimously voted to reform rape prosecutions in May 2019.

While Reveal cannot solve the local news crisis, we are committed to innovating and doing what we can. The Reporting Networks, alongside our Local Labs initiative, which supports investigative collaborations in cities such as San Jose and New Orleans, have provided concrete tools to help under-resourced journalists tell impactful stories in their backyards.

Our networks began with a narrow focus: disseminating tips about work-based rehabs that our reporters didn’t have time to chase down. Since then, they have evolved into a set of powerful tools, available to hundreds of people, whose central goal is bringing local journalists within striking distance of major, impactful stories.
If you happen to be one of those journalists, we’ve got some good news: You’re invited to join.

How we built Reveal’s Reporting Networks

By Byard Duncan Reveal from The Center for Investigative Reporting October 25, 2019