ICE plans to outsource data collection on 500,000 people a month 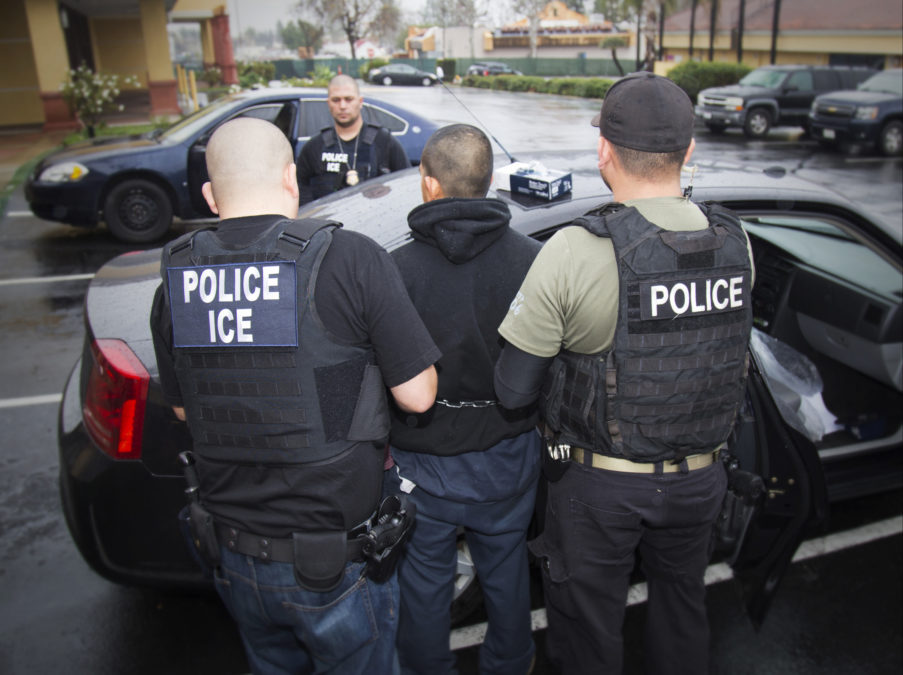 U.S. Immigration and Customs Enforcement is looking for help from the private sector to gather and analyze a massive amount of data on 500,000 unauthorized immigrants a month – including their phone numbers, places of employment, insurance claims and payday loans.

The new system would help ICE track targets, described as “priority criminal aliens,” by funneling data from at least 17 sources into one system, according to a request published on a federal contracting website in early August. The “continuous monitoring and alert system” described in ICE’s request would combine real-time information on jail bookings and FBI numbers with other records that a person generates in everyday life, including car registrations, credit history and wire transfers.

The system apparently would expand on and formalize a little-publicized data collection program that ICE began a year ago. Under President Donald Trump, the agency says it now requires a more robust tool for collecting data on its targets.

Experts on immigration policy and digital privacy told Reveal from The Center for Investigative Reporting that the request is an important signal of ICE’s plans to employ more advanced technology in its civil immigration enforcement. The request, they said, is notable for the breadth of the data sources pulled into the proposed system, the number of people ICE would keep under continuous surveillance and the fact that ICE plans to outsource the work.

“It’s what we’ve been fearing: that the government would be expanding its efforts to vacuum up data in order to monitor and find and deport undocumented immigrants,” said Adam Schwartz, a senior staff attorney with the Electronic Frontier Foundation, which advocates for digital privacy.

“In an era where … people have a hard time distinguishing between the corporations collecting (data) for marketing purposes and the government collecting it for more Orwellian purposes, this blends those two really dramatically,” she said.

The notice is a preliminary request for information, not a formal contract solicitation, but it also notes that ICE “has a requirement to obtain” the work.

ICE’s Targeting Operations Division has gathered public records from subscription-based services since 2006, according to the request. However, the division’s current capabilities have failed to meet the agency’s “growing need for more criminal information and for more accuracy,” the request states.

Scouring so many different data sources could help ICE agents ensure they know a person’s current address before moving in to make an arrest. But the breadth of data in the new system would give ICE easy access to much more information about how the agency’s targets are living their lives.

Asked how it plans to use the new system, ICE wouldn’t say. “We don’t have anything for you at this time beyond what has already been made public in the (request for information),” spokeswoman Jennifer Elzea said in an email.

Within its request, the agency says: “Although ICE continues to make considerable progress … less comprehensive and less efficient approaches to the challenges associated with identifying and locating criminal aliens have resulted in limited success.”

According to a supplemental document posted Tuesday, ICE currently contracts with Thomson Reuters Special Services to provide some – but apparently not all – of this data. That deal dates back to September 2016, when ICE announced a no-bid award to the company worth $1.5 million for one year, saying it was the “only vendor that could offer the databases need (sic) to assist the (Targeting Operations Division) in meeting their mission.” That contract also included a requirement to track up to 500,000 people at a time.

Thomson Reuters Special Services has a number of ICE contracts and employs a few former agency officials, including James Dinkins, a vice president and general manager, and its general counsel, Peter Vincent. The company’s CEO, Steve Rubley, is a board member of the ICE Foundation, which supports ICE employees and their families.

ICE agents generally prefer to make arrests in jails, if they can get there before their target is released. ICE has access to local jail bookings through a program called Secure Communities, which Trump reinstated in January. But local sanctuary policies sometimes restrict ICE agents from entering the jail or prohibit jails from holding inmates at ICE’s request.

Ana Muñiz, an assistant professor of criminology, law and society at the University of California, Irvine, said ICE’s new data collection system could be a way around such local resistance.

In May, John Sandweg, a former acting director of ICE, told NPR that agents already use a combination of public and private data, including utility bills and driver’s license records, to track some unauthorized immigrants.

“The main thing is to get the addresses, but 50 percent of these addresses aren’t good, so sometimes they follow leads and end up at churches or workplaces,” he said.

Jeremy McKinney, a North Carolina immigration attorney and board member of the American Immigration Lawyers Association, said he’s seen evidence that ICE has access to these kinds of details – arresting a client at his or her workplace, for example, even though there’d been no formal notice of where the person worked.

“I just never felt that they actively did it because of their limited resources, so this makes perfect sense that they’re trying to contract it out,” McKinney said. “They’ve got huge numbers now, with the number of people that ICE is placing into removal.”

ICE arrested 75,045 people from January to June this year, a 37 percent increase over the same period in 2016.

In February, ICE’s head of enforcement and removal operations told his officers to “take enforcement action against all removable aliens encountered in the course of their duties,” according to a memo obtained by ProPublica. Acting ICE Director Thomas Homan told lawmakers in June that nearly 1 million people are eligible for deportation who wouldn’t have been under President Barack Obama.

Homan has asked for a bigger budget for the manpower and tools to handle this bigger workload. Along with plans to hire 10,000 additional immigration agents, ICE is exploring new technology to make their jobs easier.

ICE’s homeland security investigations branch is outsourcing an automated “extreme vetting” program that can scrape and analyze public data on people hoping to enter the country. As The Intercept reported, that system would “determine and evaluate an applicant’s probability of becoming a positively contributing member of society, as well as their ability to contribute to national interests” and “whether an applicant intends to commit criminal or terrorist acts after entering the United States.”

Alvaro Bedoya, executive director of the Center on Privacy & Technology at the Georgetown University Law Center, said ICE is running with a trend that began with President George W. Bush and accelerated under Obama. The data collection system described in ICE’s contracting request is consistent with those efforts, but still, he said, “to see it on paper is a bit sobering.”

“Deportation going high tech is a process that started under Obama,” Bedoya said. “But what we’ve seen under President Trump is basically taking off the gloves.” That includes the Border Patrol’s willingness to use drones up to 100 miles from the border and ICE agents’ increasing use of mobile fingerprint scanning.

“This is playing off of broader society-wide trends around the way that we gather and collect information. That may be what’s most concerning about this,” Bedoya said. “This is exploiting the fact that more data is generated about our everyday life than ever before.”

In March, ICE agents used a cell-site simulator to track down a Detroit-area restaurant worker, after first accessing his Facebook account to get his phone number. Visa holders leaving the country on some flights now are having their identities checked with facial recognition scanners, under a program implemented by U.S. Customs and Border Protection.

As ICE has expanded its data collection capabilities, it also has drawn complaints from lawyers who say the agency has been cavalier with sensitive information about their clients.

When ICE’s new Victims of Immigration Crime Engagement Office debuted a database of immigrant detainees in April, it included names and locations of minors, asylum seekers and victims of domestic abuse, who should have been protected by privacy laws. ICE also occasionally has targeted U.S. citizens for deportation, raising the prospect that “criminal aliens” aren’t the only ones ICE will be watching with its new system.

Schwartz, with the Electronic Freedom Foundation, said this type of surveillance may not be limited to immigration enforcement for long: “Many times, these programs begin being used with an unpopular group, and over time, they get applied to the general population.”

This story was edited by Ziva Branstetter and copy edited by Nikki Frick.

ICE plans to outsource data collection on 500,000 people a month

By Patrick Michels Reveal from The Center for Investigative Reporting August 25, 2017