Donate
Kids on the Line 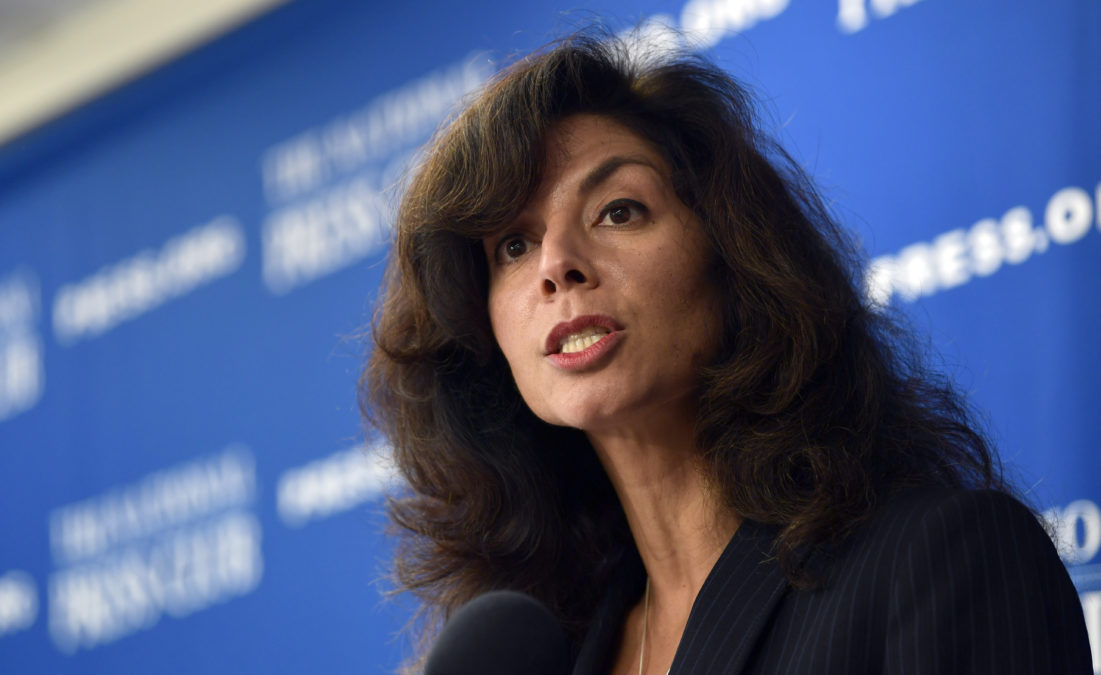 A high-ranking immigration court official has issued a requirement to judges in New York City that deportation cases involving families “MUST BE COMPLETED WITHIN 365 DAYS,” according to documents obtained by Reveal. The order may violate due process, as well as long-standing rules that protect families from deportation before their cases have been adjudicated fully.

The discovery of Assistant Chief Immigration Judge Daniel Daugherty’s email to judges illustrates the inner workings of one of the nation’s busiest immigration courts, days after the Department of Justice filed a petition to disband the immigration judges union.

The department and union have been battling over judges’ independence. Immigration court cases involving parents and children – such as those separated at the border or in the recent Mississippi workplace raids – can take several years to adjudicate. Binding case law effectively gives immigration judges the discretion to add time to a case by granting continuances, if the circumstances demonstrate “good cause.” Yet as the backlog of cases continues to grow, immigration judges have faced tightening restrictions on how much time cases can be given.

In mid-November, James R. McHenry III, director of the Executive Office for Immigration Review, the Justice Department agency that runs its immigration courts, issued a memo stating family cases in 10 cities, including New York, would be tracked, “with the expectation that they will be completed within one year or less.” McHenry’s memo, like most of his office’s policy memoranda, was made available online to the general public – including immigration attorneys whose job it is to be aware of rule changes that may affect their clients.

Two weeks after McHenry’s memo, Daugherty sent the previously undisclosed email to judges under his jurisdiction, using a combination of all-capital letters, boldface and underlined text. Several New York-area immigration attorneys contacted by Reveal from The Center for Investigative Reporting were not aware of the email or the strict directives it contains.

“REQUIRED time frames,” Daugherty wrote, outlining several deadlines that were not included in McHenry’s memo. “JUST MAKE SURE YOU COMPLETE THE CASE WITHIN 365.” He signed the email with his nickname, “DOC.”

“Thank you in advance for referring to the agency’s policies rather than internal emails you obtained,” Mattingly wrote in an email. Daugherty, whose role was the immediate supervisor of immigration judges in New York at the time he drafted his directive, didn’t respond to a request for comment.

Ashley Tabaddor, president of the National Association of Immigration Judges, said Daugherty’s directive, as well as McHenry’s memo, are binding only in terms of labor law. Supervisory judges, Tabaddor said, can issue instructions and mandates that immigration judges are expected to follow; if they do not, they may face labor consequences.

While Tabaddor wasn’t familiar with Daugherty’s email, she said it sounds emblematic of the overarching pressures immigration judges face to meet the one-year mark for family cases. Failing to meet that deadline or any other agency-designed policy could spell serious trouble during periodic evaluations, when judges are held accountable for their performance in court. New immigration judges have significant incentives to please their bosses; they are on a trial period with little job protection for the first two years of service.

“It could be anything from putting judges on a performance improvement plan,” Tabaddor said, “or finding that they have not satisfactorily met their job, and it could possibly mean the termination of their job.”

The New York-area immigration attorneys who spoke with Reveal said they’re already feeling the effects of harsh time limits on their cases. Preparing applications for relief with newly arrived, often traumatized asylum-seekers takes time: There are large amounts of documents, including verification of education and employment dates and police reports, to be attained, translated and vetted.

And there may be witnesses to be found who could significantly bolster a client’s case. That means there often isn’t enough time to do all the work necessary to prepare a case before a court date. So lawyers rely on requesting continuances to properly represent their clients, sometimes requiring cases to take far longer than a year to resolve.

Bryan Johnson, a partner at Long Island immigration law firm Amoachi and Johnson, represents a Central American woman whose asylum claim relies on membership in her husband’s family. Last month, Johnson entered a motion to continue the case because of her husband’s likely imminent release from immigration custody. Once he’s released, his testimony to the court would be crucial to his wife’s asylum claim. Without it, her case is weakened.

Echoing Daugherty’s directive, Judge Amit Chugh initially denied the motion because family cases were a priority and the case had to be wrapped up within one year. Johnson said the judge acted as though his hands were tied. The Executive Office for Immigration Review didn’t respond to whether it could comment on this particular case.

“The burden is on my client,” Johnson said. “Not having her husband’s statement or testimony would prejudice her case.”

Johnson questioned the judge as to whether the one-year target was legally binding. Chugh told him that was a separate question, adding that if the government’s counsel would agree to a continuance, it could be granted. The government’s attorney checked with her boss and agreed to the continuance.

However, by Daugherty’s timetable, the case still must be completed by Nov. 21. That gives Johnson, who already has a steady stream of clients with unique cases, less than four months to present his client’s case.

The judge’s calendar already is packed for the coming months, so the court likely will assign the case to another judge. If one isn’t available in New York City, the family’s future could be decided by a remote immigration judge through video conference.

“It’s clearly illegal,” said Johnson, referring to the practice of restricting the number of days by which a case must be completed, adding that the practice of limiting continuances is designed to make sure the maximum number of family cases are denied.

Johnson isn’t alone in his assertion that placing hard limits on these cases could be illegal. Michael Wishnie, a Yale Law School professor, called the one-year family case limit terrible and unlawful, adding that changing the one-year target from a goal to a mandate can be severely consequential.

Wishnie said closing a case prematurely violates the due process clause, as well as several Supreme Court decisions that guarantee fundamental fairness as required by the Constitution. Denying that fundamental fairness because of an arbitrary deadline could mean seeing the practice challenged in federal court.

“I can absolutely predict that anyone who loses their case and believes that (Daugherty’s) mandate may have affected their case now has grounds for appeal,” Wishnie said.

Last year, then-Attorney General Jeff Sessions drew a new framework for how judges approve continuances, bemoaning their increased use over time. In his decision, issued three months before Daugherty’s email, Sessions did not place a hard cap on how long a family case should take.

Notwithstanding Sessions’ decision or McHenry’s expectation, federal immigration judges “shall exercise their independent judgment and discretion,” according to federal law. The inconsistencies between Daugherty’s requirements and federal regulations that govern immigration judges’ power draw that very power into question.

This story was edited by Andrew Donohue and Matt Thompson and copy edited by Nikki Frick.

By Aura Bogado Reveal from The Center for Investigative Reporting August 19, 2019