Rehab work camps were about to be regulated. Then a friend stepped in 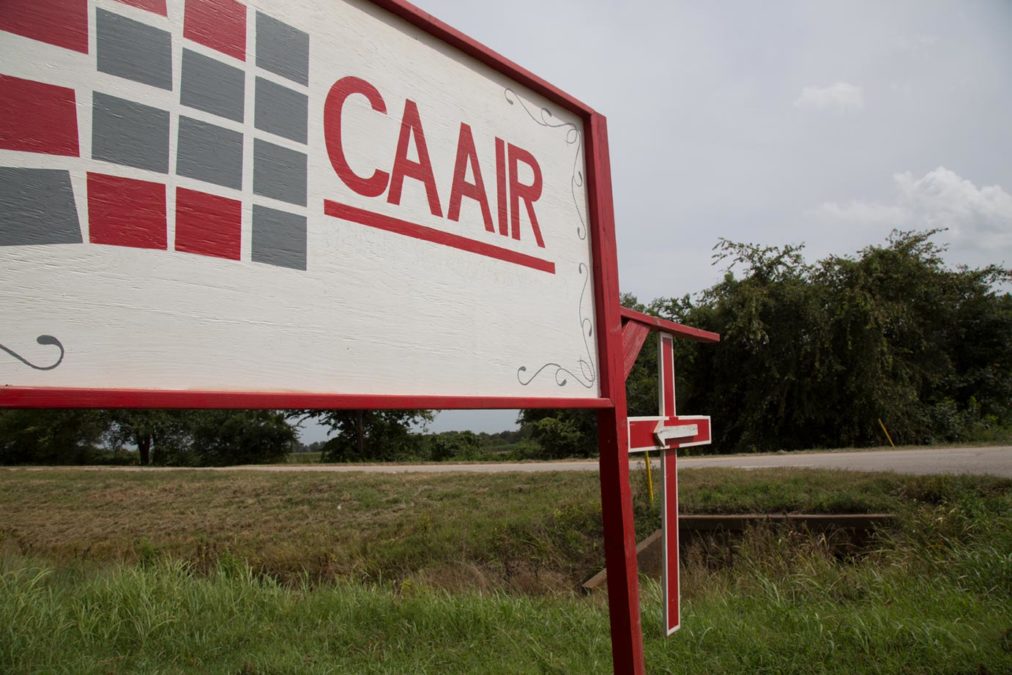 The founder of CAAIR has said participants' wages go to cover the cost of their room, board and counseling.

For years, Christian Alcoholics & Addicts in Recovery proudly operated outside of state oversight in Oklahoma. The founders ran their Christian recovery program their way – with church, hard manual labor and little government interference.

In 2013, it looked like that was about to change. After a handful of patients died in another unregulated rehab, state lawmakers introduced a bill to crack down on a wide swath of uncertified programs. Doug Cox, a Republican lawmaker in Oklahoma until 2016, sits on the board of directors for Christian Alcoholics & Addicts in Recovery. Credit: Oklahoma House of Representatives handout

“He said, ‘Look, I have a couple of them in my area. Would you mind exempting them?’ ” recalled former Republican Rep. David Derby, who sponsored the bill.

Cox successfully introduced an amendment to the bill that made regulation optional for recovery centers such as CAAIR. But Cox withheld one important detail from Derby: He sat on CAAIR’s board of directors.

“I wasn’t aware that he was on the board,” Derby said, chuckling. “I wouldn’t have done it.”

Republican Rep. Jason Murphey, another of the bill’s co-sponsors, said he had no idea either. “Are you serious? That’s crazy.”

The Oklahoma Constitution, along with the legislative rules of the House of Representatives, require any lawmaker who has a “personal or private interest” in a bill to disclose that fact to other lawmakers and refrain from voting on it.

Cox did not mention his position on CAAIR’s board during the committee hearing for the amendment or recorded discussions on the House floor, according to a review of hearing archives by Reveal from The Center for Investigative Reporting. He also voted on his own amendment, though he refrained from voting on the final bill.

He didn’t bring it up when he wrote an editorial for a local newspaper, promoting his amendment. He said the initial bill would have put CAAIR out of business

“We need more treatment beds in our state, not regulations that would decrease the number of people we can treat,” Cox wrote. “I was able to amend the bill in a manner that would still give some oversight to the program that had the issues, but would not interfere with the others that are doing a good job.”

CAAIR was featured in a recent Reveal investigation that found that judges have been sending defendants to drug recovery programs in Oklahoma and around the nation that are little more than work camps for private industry.

At CAAIR, one of the largest of these programs, men are forced to work without pay in chicken processing plants, often under threat of prison. Some were seriously injured on the job and sent to prison when they could no longer work. CAAIR is now under investigation by multiple government agencies and is the subject of two federal lawsuits alleging violations of labor law, human trafficking and racketeering.

The original 2013 bill would have regulated a variety of drug and alcohol rehabilitation programs. Cox’s amendment exempted standalone recovery centers that didn’t already offer some services that required regulation. Today, because of Cox’s intervention, CAAIR and many other recovery programs in Oklahoma remain uncertified and exempt from oversight. The state Department of Mental Health and Substance Abuse Services is not required to regulate the programs or inspect them. It has no power to shut them down.

The bill did not specify what requirements recovery centers would have to follow – it left it up to the department to do that. Other types of facilities under the department’s control face regular inspections and are required to hire licensed counselors and staff.

Cox joined CAAIR as an unpaid board member in 2009. In addition to working as a lawmaker, he also worked as a doctor and administrator at Integris Grove Hospital, near CAAIR’s headquarters. That’s where CAAIR routinely took men from its program who needed emergency medical attention, records show.

Cox, who reached his term limit in 2016, did not respond to requests for comment.

Ryan Gentzler of the Oklahoma Policy Institute said the rules were designed to stop lawmakers from directly profiting organizations with whom they’re affiliated.

“At the very least, it’s very suspicious and very concerning that he wouldn’t disclose that he was on the board of an organization that clearly stood to benefit,” he said.

The bill, along with Cox’s amendment, passed overwhelmingly and was signed into law in May 2013.

UPDATE, Oct. 18, 2017: After publication of this story, Cox spoke with Nomin Ujiyediin at public radio station KGOU. He denied having a conflict. “That would be like saying I couldn’t vote on anything to do with Medicaid because I’m a physician that sees Medicaid patients,” he said.

Rehab work camps were about to be regulated. Then a friend stepped in

By Amy Julia Harris and Shoshana Walter Reveal from The Center for Investigative Reporting October 18, 2017