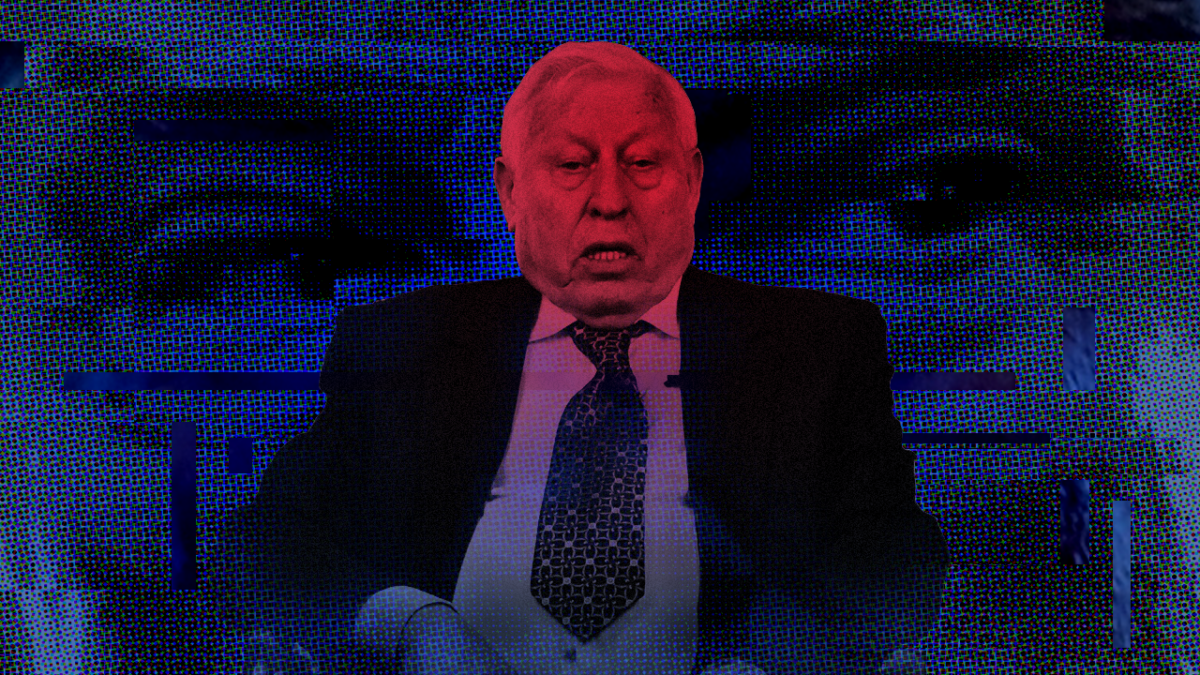 Semyon “Sam” Kislin is a New York-based business executive with ties to President Donald Trump and, according to the FBI, to Russian organized crime

He was a Russian-American commodities trader who told the U.S. Embassy in Ukraine that he was President Donald Trump’s adviser.

And in a series of phone calls last year, Semyon “Sam” Kislin, 83, a New York-based business executive with ties to Trump – and, according to the FBI, to Russian organized crime – importuned U.S. officials for help recovering $21 million in assets from the government of Ukraine, U.S. State Department records show.

The money Kislin sought was a small portion of the more than $1 billion in assets targeted by prosecutors in their probe of Ukraine’s notoriously corrupt former president, Viktor Yanukovych. He is accused of looting the national treasury before he fled the country in 2014.

According to documents obtained by Reveal from The Center for Investigative Reporting, Kislin claimed that $21 million worth of government bonds seized by prosecutors in the Yanukovych probe was rightfully his.

Contending he was the victim of Ukrainian “corruption,” Kislin and his lawyers urged the staff of then-U.S. Ambassador Marie Yovanovitch to intercede with Ukrainian officials on Kislin’s behalf.

The heavily redacted files, released in response to a Freedom of Information Act lawsuit filed by Reveal, show that embassy personnel reacted cautiously, mindful of Kislin’s ties to Trump and to Rudy Giuliani, the former New York mayor who now is the president’s personal lawyer.

Embassy officials also emailed around an Associated Press news story concerning Kislin: In 1994, an FBI intelligence report had labeled Kislin an associate of a Russian organized crime and money-laundering ring based in Brooklyn.

Despite his pleas, Kislin still hasn’t gotten the money.

In a phone interview today, Kislin downplayed his relationships with Trump and Giuliani. He denied saying he was the president’s adviser, though it’s reflected in embassy documents. He also described himself as Trump’s adviser in a 2018 interview with a Ukrainian journalist.

Kislin told Reveal he is frustrated that he didn’t get more help from the embassy.

Now Kislin’s activities in Ukraine have attracted the attention of three congressional committees that are spearheading the impeachment investigation of Trump.

In a Sept. 30 letter, the committees asked Kislin to produce any information he has about Trump’s efforts to pressure Ukraine’s current president, Volodymyr Zelensky, into launching a corruption probe of the son of former Vice President Joe Biden, one of Trump’s political rivals.

The committees also want all documents in Kislin’s possession concerning Trump, Giuliani, former ambassador Yovanovitch and a long list of other U.S. and Ukrainian officials who are figures in the impeachment investigation.

The House Select Committee on Intelligence seeks to depose Kislin on Oct. 14, according to the letter, which was signed by Reps. Adam Schiff, Eliot Engel and Elijah Cummings.

Kislin has “no information that would be remotely relevant,” said his attorney Jeffrey Dannenberg.

Trump and Giuliani have alleged, without evidence, that Biden’s son Hunter illegally profited during his years on the board of a Ukrainian energy company, Burisma Holdings. A whistleblower complaint about a July phone call in which Trump pushed Zelensky to investigate the Bidens sparked the impeachment probe.

According to local news reports, Kislin has made several visits to Ukraine in pursuit of the $21 million and while there has complained bitterly about widespread “corruption” in the Ukrainian government.

Now, the congressional inquiry may bring unwanted attention to Kislin, a Russian émigré who has known Trump for more than 30 years.

After growing up in Odessa, Ukraine, Kislin came to the U.S. in the 1970s, part of a wave of Jewish immigrants fleeing the Soviet Union. He opened an electronics store. Trump, then a brash young developer getting his start in Manhattan, became an important customer.

As Kislin later recalled in a Ukrainian media interview, in one early deal, Trump ordered new television sets for a 320-room hotel, then waited until the last possible minute to give Kislin his money.

In the 1990s, Kislin set up a company called Trans Commodities and invested heavily in Russia’s metal industry during the height of the post-Soviet privatization boom.

Later, according to Bloomberg News, he began making real estate loans to Russian citizens who wanted to buy units in the 72-story Trump World Tower near the United Nations headquarters.

As he grew wealthy, Kislin got involved in New York politics, donating $46,000 to Giuliani’s 1993 and 1997 mayoral campaigns, according to news reports. Kislin was named to the city’s Economic Development Corp., but controversy dogged him after stories were published about the 1994 FBI report, which also accused Trans Commodities of laundering millions of dollars of Russian money.

Kislin denied wrongdoing. He was not charged with a crime in connection with the allegations.

“I don’t know anything about the Mafia,” he said.

But in a 2014 report, the New Jersey attorney general’s office referred to Kislin as a “reputed member of a New York-based Russian organized crime group.”

Kislin’s dispute with the Ukrainian government involves a Cyprus-based firm called Opalcore Ltd. The government mentioned Opalcore repeatedly in its 2017 prosecution of Arkady Kashkin, a Ukrainian man who confessed to being a low-level conspirator in the money-laundering scheme allegedly orchestrated by former president Yanukovych.

According to Ukrainian court records obtained from the U.S. Embassy, Opalcore was one of dozens of shell corporations corrupt officials used to launder government funds they had misappropriated.

Embezzled money – sometimes in the form of Ukrainian government bonds – allegedly was moved into the corporations’ accounts, the records show. Later, the funds were passed on to other accounts controlled by the conspirators, in what were made to look like legitimate transactions, the government said.

In 2016, Ukrainian prosecutors froze the accounts of many of the suspect corporations, including Opalcore. Opalcore’s assets were transferred to a government-controlled bank.

In their letters to the U.S. Embassy, Kislin’s lawyers disputed that Opalcore was part of an embezzlement scheme. They said the firm had purchased $21 million in government infrastructure bonds in 2013. The company was acquired by a British company in 2016, and Kislin’s company bought Opalcore from that firm, they wrote.

Soon, Kislin discovered that the government had “illegally absconded with Opalcore’s funds,” as the lawyers put it. They also accused prosecutors of inducing Kashkin to give false testimony in his confession.

By Matt Smith and Lance Williams Reveal from The Center for Investigative Reporting October 5, 2019