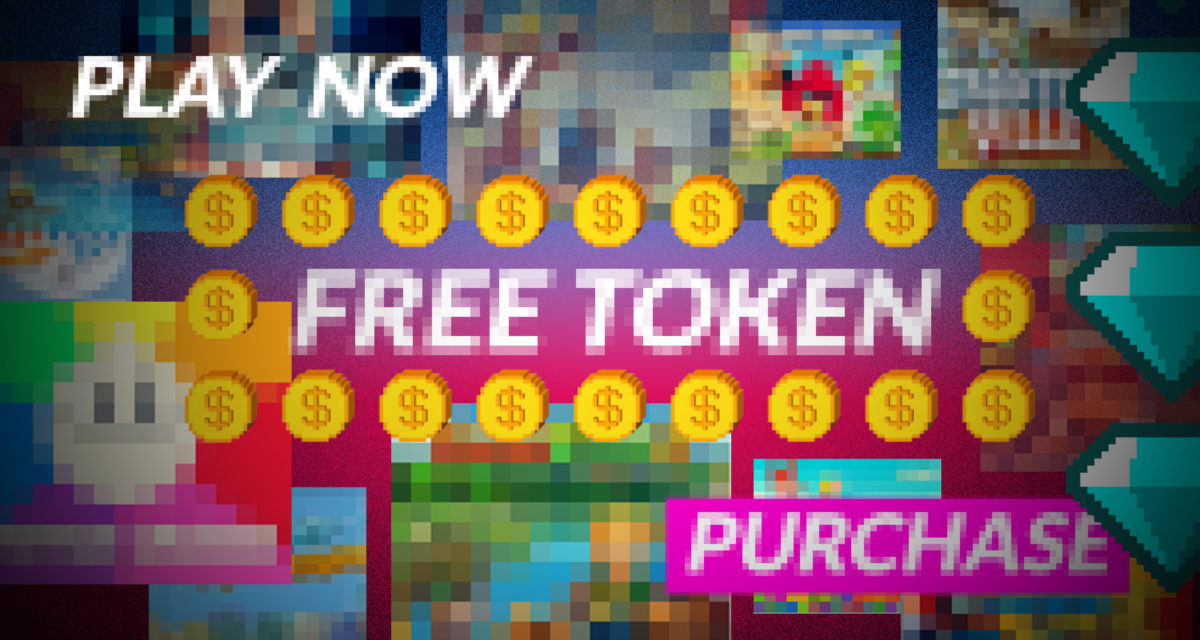 Free-to-play games on Facebook go out of their way to disguise actual credit card charges.

In the fall of 2011, when Glynnis Bohannon first noticed a slew of mysterious charges on her credit card, she felt certain that her son, Ian, had been spending frivolously.

It turns out she was both right and wrong.

Ian, 12 at the time, was a fan of Ninja Saga, a game hosted on Facebook that allowed users to purchase in-game goods for real money. Without realizing it, he had spent nearly $1,000, in small increments, by performing simple actions within the game. Watching her son play, Glynnis couldn’t believe how seamless the process was: There were no built-in speed bumps that explained or slowed down the purchases.

The Bohannon family filed suit against Facebook and settled in 2016. In the years that followed, a trove of internal documents detailing what the social media giant knew about these hidden charges remained secret. Then, late last year, we filed a motion to have them unsealed. We won.

The more than 135 pages of emails, memos and other documents brought into focus a calculated, multiyear effort by the social network to dupe children out of their parents’ money. They show that Facebook employees were aware that games on the platform with so-called friendly fraud problems were “defaulting to the highest-cost setting” – and that in-game purchases “(don’t) necessarily look like ‘real’ money to a minor.” Nevertheless, higher-ups at Facebook ignored these warnings in service of their bottom line.

We asked Facebook CEO Mark Zuckerberg for an interview. He turned us down. But shortly after we released our investigation in January, two U.S. senators and a coalition of children’s advocacy groups sent letters to Facebook, demanding information about refunds and remedies. In June, we circled back around and found that the social media giant still has not changed one of its key policies that bamboozled children.

Facebook is not the only company that has dealt with this issue. In 2014, the Federal Trade Commission forced Google to cough up a minimum of $19 million to refund consumers who had been unfairly billed for in-app charges racked up by children. The year before that, the commission settled two similar lawsuits against Apple and Amazon.

Despite these developments, it’s still common for parents to encounter unwanted charges their children incurred while playing video games. If this story feels familiar, here are some steps to take:

Learn more about the gaming system

Our reporting shows that Facebook was well aware of children who were racking up illegitimate in-game charges. Employees even referred to them as “whales,” a popular nickname within the casino industry for big spenders, and refused to refund them. In other words, they had an opportunity to address the problem and declined to do so.

Yet other companies with game platforms have developed robust tools to control children’s spending. Microsoft Xbox allows adult users to create “child accounts” that protect payment information. On Xbox, parents also can set spending limits within the Microsoft store and enable a feature called “Ask a parent,” which triggers an approval process for all potential purchases. Similarly, on newer PlayStation models, children’s accounts don’t include the built-in “wallet” necessary to make purchases. In fact, the system’s terms of service expressly forbid children from creating adult accounts – the only type that can be linked to credit cards.

Customizing these features can be a complex and time-consuming process. But the Entertainment Software Rating Board has a detailed, step-by-step guide to navigating parental controls on many major gaming systems.

It’s helpful to sit down with your child and actually watch them play the game. That’s how Glynnis Bohannon, the mother in our episode, realized her son’s purchases were accidental. Understanding the mechanics of in-game charges will help clarify whether they stem from the game’s design, a failure to set up proper parental controls, or something else.

So what should parents monitor? One feature is in-game currency, such as coins or diamonds, according to Jamie Madigan, the author of “Getting Gamers: The Psychology of Video Games and Their Impact on the People Who Play Them.” Some companies “put a lot of cognitive load on the user” by creating complex exchange rates between digital money and real dollars, he said. It becomes easy to lose track of an object’s real-world value.

“We don’t do the math in our heads to keep track of, ‘How much does one purple diamond cost?’” he said. Some developers “purposely obfuscate and make it difficult to understand how much you’re spending.”

Another thing to watch for: features that intentionally make gameplay more difficult or frustrating until a player caves and spends money to bypass them. These take on a variety of forms: Players might get locked out of the game for hours if they’ve lost their last life; or a task that initially took seconds, like building a structure, might gradually stretch into minutes or hours. It may become impossible to beat the game or even advance without spending money. At points like these, a player’s impatience becomes an opportunity.

“We kind of decide, ‘This is too complicated,’” Madigan said. “We let the quick-moving, emotional, more intuitive part of our brain take over.”

It’s also worth paying attention to how seamless the transaction process is. Are there built-in safeguards, such as a password or touch ID prompt, to authorize payments? If the game is subscription-based, does it renew the subscription – and charge a credit card – regularly and without notifications?

Learn about other people’s experiences with the game

“Look at the reviews!” said Shira Chess, an assistant professor of entertainment and media studies at the University of Georgia. “People are going to note in the reviews whether the game has unfair play practices. The ratings are going to tell you a lot.”

Consulting gaming review sites like Pocket Gamer is also a good idea, Chess added. Gamers can be a discerning bunch, and if a product is employing manipulative design tactics or hiding charges, they might be the first to expose it.

Set up protections with your bank

Parents who prefer to control their children’s video game spending through their bank have three options, according to Karisse Hendrick, a fraud and chargeback consultant for Fortune 500 companies:

If, after exploring these options, your child continues to spend money on games, it’s possible to report it as fraud to your bank. But there may be consequences to doing so. Glynnis Bohannon’s bank asked her to make a felony complaint against her son, which she refused to do. And, according to Hendrick, if you try to recoup money by claiming your child committed fraud, a gaming company might shut down your account entirely, effectively wiping out every legitimate purchase you’ve ever made.

“If you bought five $50 games on PlayStation and (your child) accessed a fraud chargeback, chances are he’s not going to have access to those products anymore,” Hendrick said. “These companies are going to protect themselves.”

Because some games go out of their way to blur the line between real money and digital currency, discussing money and internet safety with your child is a great first step to avoiding unwanted charges, Hendrick said.

“In our circles, this is the new birds and bees conversation,” Hendrick said. “Within that conversation should also be, ‘If I trust you with my credit card, this is attached to real money. And it’s going to come out of your allowance.’”

Shira Chess, the Georgia professor, agrees. Attempting to closely police a child or teenager’s exposure to screens is an exhausting – if not futile – task, she said. It’s better to offer a framework of digital literacy: Teach them how to secure their digital privacy. Teach them how money is spent online.

If you’ve determined that a game might be employing deceptive techniques to charge children, regardless of parental controls, the FTC is interested in hearing from you. Through its Complaint Assistant portal, the commission looks for patterns in consumers’ concerns that denote fraud and abuse.

It’s also possible to report concerns to your state attorney general’s office. Although regulations around in-game charges can vary state by state, many offices have departments specifically geared toward internet and technology concerns, such as the New York Attorney General’s Bureau of Internet and Technology.

Tell us your story

We’re going to continue reporting on unwanted charges in games played on Facebook. If you’ve had an experience with this issue and would like to share your story, please do so in the form below. A reporter may be in touch to follow up, and we won’t use any of your information without your consent.

By Byard Duncan Reveal from The Center for Investigative Reporting August 3, 2019