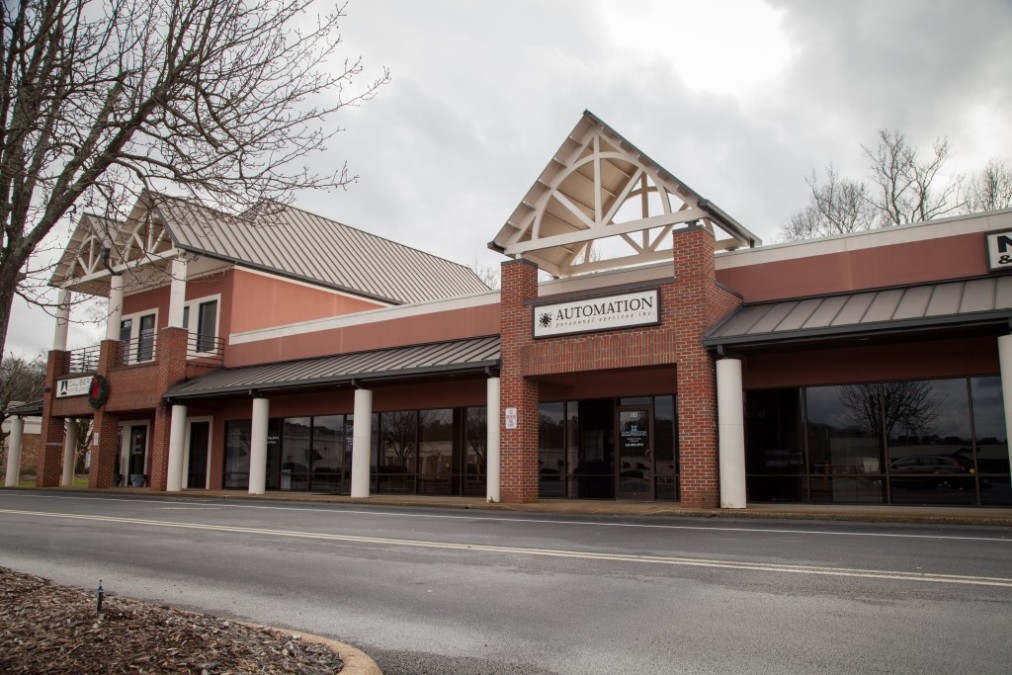 Automation Personnel Services has paid to settle a lawsuit by an applicant turned away by a New Orleans branch manager who told her "this is a man's job." Pictured is the company's Chatanooga branch, where former employees say they received orders for “country boys,” or white workers. Credit: Jeremy Brooks for Reveal

An Alabama-based temp agency that former workers accuse of rampant hiring discrimination announced that it will conduct an internal investigation and set up an anonymous tip line, even as federal officials seek out whistleblowers in response to a Reveal investigation.

Automation Personnel Services Inc., which has branches throughout the South, routinely hired temp workers by race, sex and age, according to dozens of former employees. Some of the companies that sought temps through Automation wanted only white workers, while others requested Latinos, they said. Some positions were reserved for men, others for young workers, and when it came to race, black temp workers faced the most discrimination.

Though illegal, Automation often gave its customers what they wanted, regardless of ability or qualifications, the former employees said.

In a letter to The Birmingham News and its parent, Alabama Media Group, Automation’s president and CEO, Stephen Nordness, wrote that former employees never brought their allegations to management’s attention. Several former employees, however, told Reveal that they did raise concerns with their supervisors, and some said they complained to upper management, to no avail.

The letter to the editor denied any wrongdoing, criticized The Birmingham News for publishing the article and characterized Automation as being “attacked by a San Francisco-based reporter.” But in a phone conversation, Nordness took a different tone.

“The newspaper article’s not the problem,” he said. “The problem is we have to make sure that everyone knows what our stance is and act accordingly. And that’s what I’m committed to doing.”

Separately, the Equal Employment Opportunity Commission, the federal agency charged with enforcing the ban on job discrimination, is seeking to talk with Automation’s current and former employees about discrimination at the company, according to a senior EEOC investigator. Automation said it had no knowledge of an investigation.

The commission keeps all complaints and investigations secret, unless it files a lawsuit. In one, which came to light in a 2012 lawsuit, a former recruiter told both the EEOC and Automation management that his boss ordered him to send only young white men to a concrete company.

Temp workers often have no idea, or at least no proof, that this is happening. They don’t even know what jobs might be available. Tim Cooper, who applied at Automation’s Chattanooga, Tennessee, office, was surprised to hear from Reveal that a former recruiter said Cooper was rejected in 2013 because he’s black.

“It’s very shocking, because you would think those days are over with,” he said.

Automation has employed more than 350,000 people over the last decade, and fewer than 35 of them have filed complaints, according to the company’s attorney, Kelly Breckenridge. All of the complaints, she said in an email, have been dismissed.

Nordness said he has hired Michelle Clemon of Clemon Consulting Group to guide the national law firm Constangy, Brooks, Smith & Prophete LLP as it looks into the allegations. He also said he is traveling to his firm’s 32 branch offices to “look people in the eyes, speak to them in person and say, ‘This is what we’re going to do differently in the future.'”

“This isn’t just lip service from the CEO,” Nordness said. “There are going to be changes made in my company. Real-life changes that will make us a better company.”

“I don’t know that we did anything wrong,” he added. “I’m going to find out, and the chips will fall where they may.”

Asked whether the allegations about systemic discrimination surprised him, Nordness suggested he might have been kept in the dark.

“I’ve never heard anything like this,” he said. “My own personal thoughts are a lot of people won’t tell the CEO things that maybe they don’t think will make them look good. That’s something this whole thing has made me rethink. As the company gets bigger, I need to be the one asking the questions, not just listening.”

The company has had a policy Nordness calls “Steve’s Rule,” which holds that if any branch is found to be discriminating, the entire office will be fired. Nordness said he did just that about 16 years ago, but is now rethinking the rule, as it may dissuade people from making complaints. That is also why, he said, that he decided to set up a hotline, which employees can call to make confidential complaints to a third party. The number will be available as early as next month.

By Will Evans Reveal from The Center for Investigative Reporting January 25, 2016