JOIN TODAY!
The Secrets of the Drought

All this recent rain won’t stop California from sinking 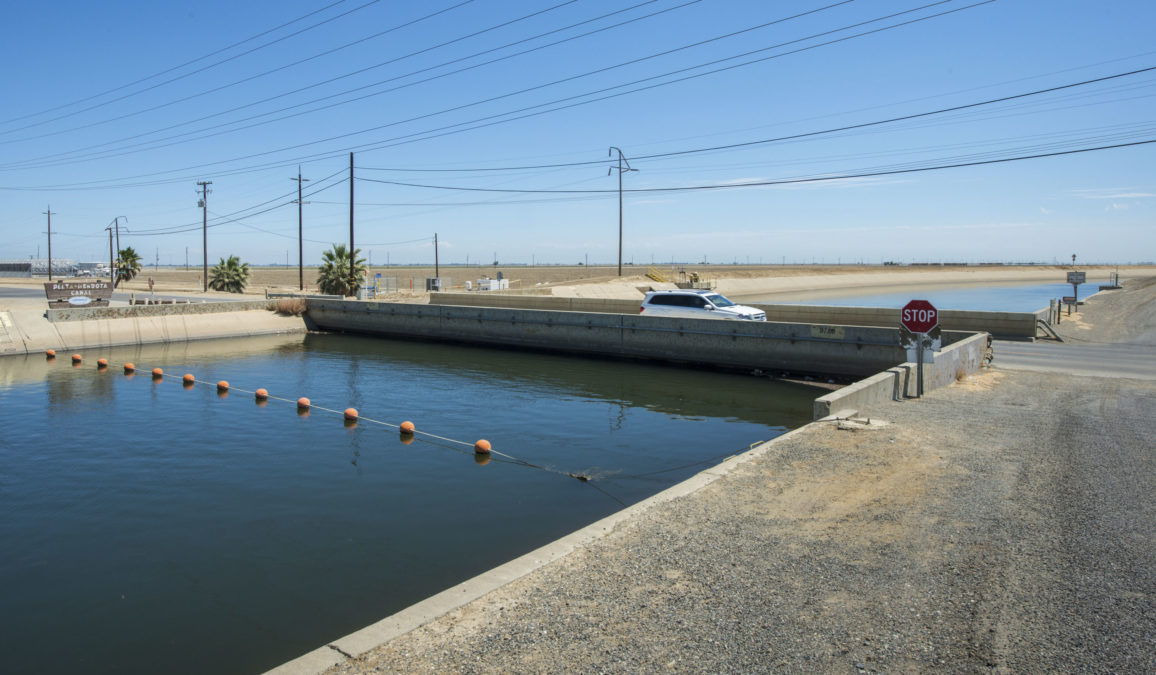 The powerful storm that pounded California this week seemed like the break the state so desperately needed.

Unfortunately, it wasn’t enough. In fact, there is probably no storm capable of washing away California’s water woes, according to scientists.

The state simply is using too much water – even during wet years. As a result, thousands of miles of prime agricultural area in the Central Valley are sinking. Roads and bridges are cracking, threatening to cause $1 billion in damage. Homeowners are watching their water supply dwindle.

“We’re taking more out than we’re putting back in,” said Michelle Sneed, a U.S. Geological Survey hydrologist in California. “You can’t do that forever without running out.” The Central Valley’s water problems instead are caused by a monumental shift in what farmers grow and how they get their water. Over the last 15 years, lettuce and wheat fields have given way to high-profit, water-intensive crops that are mostly exported to other countries.

Food exports from California have tripled in value during the last decade, according to an analysis of state crop reports by Reveal from The Center for Investigative Reporting. Exports now account for about $1 in every $3 farmers earn. And farmers continue to plant more orchards every year.

This is especially true of nut crops such as almonds and walnuts. Farmers are exporting nearly twice the volume of almonds compared with 10 years prior, according to the most recent crop reports.

The Central Valley often is cited as the most productive farmland in the world – producing half of the country’s fruits, nuts and vegetables. But its high output is threatened as water becomes increasingly scarce, especially as its groundwater levels fall. It is not alone.

Around the world, one-third of the planet’s major aquifers are being depleted, according to data from NASA. In the coming decades, water shortages are expected to reduce global food production by 350 million tons – equivalent to the entire U.S. grain harvest that includes rice, wheat and corn, according to the United Nations.

Eventually, maybe 22 percent of the California’s irrigated farmland – about 2 million acres – could be abandoned as a result of water problems, according to Jay Lund, an environmental engineering professor at the University of California, Davis. These farms provide more than a million jobs in the state, sustaining whole communities, and if the farming sector contracts, so do the livelihoods of the people.

The water depletion also is causing collateral damage to local families as farmers and other investors scramble to capitalize on the last remaining sources of water in the state.

Andrea and Milt Medeiros are worried the domestic well in their house will run dry after nearly a million almond trees were planted near their home outside Oakdale, in the foothills of the Sierra Nevada. The almond orchards replaced what had been mostly unirrigated pastureland.

“I just describe it as this, you know, this cancer that’s spreading all over,” said Andrea Medeiros, a longtime schoolteacher.

Since the almond orchard was planted, she says the water in their domestic well has been dropping. They’re worried it will go dry eventually, which has happened to thousands of other homes across the Central Valley.

“People are angry. You know we worked our whole life. If we lose our home for something that’s out of our control, what are we going to do, work another 34 years to get it back?” she said. “And that’s just crazy to feel like you’re being forced out of your home.”

Farmers in these parts haven’t always relied so heavily on underwater aquifers. Over the last two decades, governments began reducing their water supply from reservoirs and rivers just as farmers started switching to more water-intensive crops.

Government officials and scientists have grown increasingly concerned about the environmental impact of all the water being diverted from rivers. Most of it goes to farmers, who account for 80 percent of the state’s water use.

And the effects of overuse can be seen around the state. The San Joaquin River has run dry in the summer for about six decades now. This hurts the salmon that need it for spawning, and scientists blame the plummeting fish populations on overdraining the rivers.

Farmers are not taking the reductions quietly. The lining of the Delta-Mendota Canal near Dos Palos, Calif., is buckling because of sinking land. Californians are using too much water, causing the sinking of prime agricultural area in the Central Valley. Credit: Scott Smith/Associated Press

“We feel really strongly down in this area that our contracts with the government – you know, that was to be our water, and the government reneged on them,” said Stuart Woolf, one of the state’s largest nut farmers.

After returning from World War II, his father, Jack Woolf, moved to the Central Valley from Arizona, first working for another farming family before starting his own operation on the west side of the valley. He spent a lifetime expanding the business, receiving ample water from the government-managed canal system. The farm is the legacy he has left his children.

Stuart Woolf blames the government for mismanaging the public’s water and for caring more about fish than farmers.

In order to keep their nut orchards watered, farmers such as Stuart Woolf in the western San Joaquin Valley have tapped deep into the groundwater, chasing it to historic lows.

As water levels drop from 100 feet below the surface, down to 200 feet and even further to nearly 600 feet, the amount of electricity needed to pump up hundreds of millions of gallons of water is staggering. Last year, researchers determined that falling groundwater levels were costing farmers $300 million a year.

It has created a vicious cycle in this part of the southern Central Valley. As farmers have lost access to surface water, they’ve tapped into more expensive groundwater. And to pay for it, they are growing more water-intensive crops.

“If you really contract and squeeze and you increase the costs of water, you may not be able to make it growing alfalfa or grain or cotton or a whole host of things that we grow in California,” Stuart Woolf said. “But you may still be able to grow almonds, pistachios, possibly wine grapes.”

All this recent rain won’t stop California from sinking

By Nathan Halverson Reveal from The Center for Investigative Reporting January 14, 2017