RICHMOND, Calif. – The nephew of a top official at the Richmond Housing Authority has more than doubled his pay in overtime and other perks, city payroll records show.

Jeffery Likely is an in-house maintenance worker and the nephew of Kathleen Jones, the No. 2 at the housing authority. The manager who signed off on Likely’s overtime reports directly to Jones. 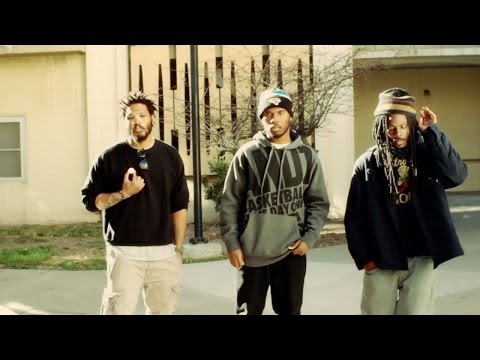 “THIS IS HOME” (OFF/PAGE PROJECT)

That’s more overtime and additional pay than any other employee earned at the Richmond Housing Authority. The only people to accumulate close to as much overtime and extra pay also were members of the agency’s maintenance department.

In 2013, Likely made $9,600 more in overtime and extra pay than the employee with the second-highest total.

Last year, William Bounthon, a manager in the Section 8 department for the housing authority, signed off on Likely’s overtime slips. It is unclear why Bounthon, who is responsible for dealing with contracts with private landlords under the Section 8 program, would sign off on the overtime of a maintenance worker in the public housing program. Bounthon reports directly to Jones.

The city’s organizational chart shows that Likely reports directly to his aunt; therefore, she would sign off on his overtime slips.

But Bill Lindsay, Richmond’s city manager, told The Center for Investigative Reporting that Jones has “never supervised” her nephew.

That statement was contradicted by the city’s payroll coordinator, Kristi Florence. At one point in the past, she said, Jones approved Likely’s overtime sheets.

The revelations underscore the troubles that have rocked the housing authority in the past month. A CIR investigation exposed widespread problems at the Richmond Housing Authority, including mismanagement and poor conditions for residents.

The Richmond Housing Authority has been labeled by the U.S. Department of Housing and Urban Development as one of the worst housing agencies in the country since 2009. HUD has threatened to take over if the problems aren’t fixed.

Residents have flocked to public meetings to complain of chronic insect infestation and neglect in the wake of CIR’s investigation. On Wednesday night, the City Council will dedicate an entire meeting to discussing housing authority problems and its staff. On the agenda: a vote of no confidence for Kathleen Jones and the agency’s executive director, Tim Jones. The two are not related.

Kathleen Jones deals day to day with tenant issues, including lease enforcement and rent collection. As the housing authority’s problems have surfaced in the past month, she’s emerged as a major focus of resident frustration.

Tim Jones admitted to the City Council a day after CIR’s investigation was published that he knew she treated residents poorly. At an emergency resident meeting last week, one councilman asked a crowd of more than 70 residents if they’d been mistreated by Kathleen Jones. About half raised their hands in response.

When CIR visited Kathleen Jones in her office, she said she doesn’t sign Likely’s paperwork. She became emotional and said she was the victim of “a witch hunt.” She declined to elaborate, saying her job was on the line.

In a past interview with CIR, Likely blamed public housing residents for trashing the building.

“It’s not housing, it’s the tenants,” Likely said. “I do this 24 hours a day. I don’t get a day off because of the tenants. They be knocking on my door at 11 o’clock at night or 1 in the morning, and I’m like, seriously? There’s a maintenance number, you can call them.”

CIR reviewed the signatures on Likely’s overtime sheets for only the past year because the city keeps the other overtime records in storage. CIR has requested those overtime sheets.

Richmond’s nepotism policy says no employee may be in a “direct or indirect supervisorial position over a member of his/her immediate family.” A nephew doesn’t count as an immediate family member under the city’s rules.

Judy Nadler, former senior fellow in government ethics at the Markkula Center for Applied Ethics at Santa Clara University, said family members working for each other causes problems. Direct supervisors like Bounthon could be more resistant to writing a negative performance evaluation, for instance, because they are aware of the family connection.

“It doesn’t look good,” Nadler said. “When you have family members, and this includes nephews, that are working for you, the potential for problems is very, very high. It may not be illegal, but it’s right on the ethics line.”

Likely is the resident manager of the Richmond Housing Authority. He lives in the 142-unit Nevin Plaza housing complex down the street from City Hall. He is one of only a few in-house maintenance staff who are responsible for keeping the five public housing projects clean. Because of budget cuts, the agency has used contractors to complete the bulk of their maintenance needs.

“There’s garbage running over, the elevators are dirty and the hallways aren’t cleaned,” Scott said. “It’s a mess in here.”

Lindsay, the city manager, said that it is unusual for maintenance staff to accumulate so much overtime but that “sometimes it happens.”

“There are a lot of maintenance needs at the properties,” Lindsay said. “And some people like to work overtime.”

This story was edited by Andrew Donohue. It was copy edited by Sheela Kamath and Christine Lee.

By Amy Julia Harris Reveal from The Center for Investigative Reporting March 11, 2014