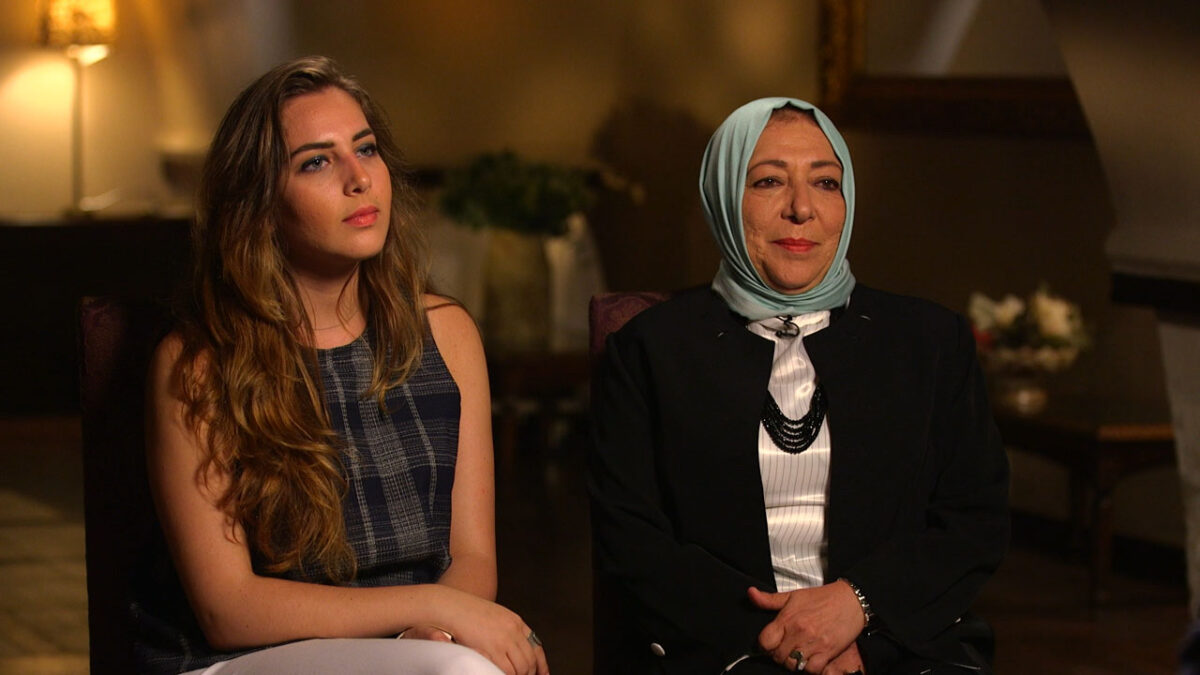 This story was co-published by ABC News.

Turkish authorities have rebuffed a request from the United Nations for more information on the murders of Syrian-American journalist Halla Barakat and her mother, Orouba Barakat.

In a letter dated Oct. 7, published by the Office of the United Nations High Commissioner for Human Rights, the U.N. special rapporteur on extrajudicial, summary or arbitrary executions sought clarity on the depth of the investigation into the brutal 2017 killings, calling it a matter of “international concern.”

“The political nature of the Barakats’ work, and the death threats they received, make it imperative that a possible politically-motivated killing be considered and investigated and the evidence for and against that conclusion shared with the family and the public,” the rapporteur, Agnes Callamard, wrote. “Such an investigation would make it more likely that all culpable parties are identified.”

In response, Turkish officials defended their actions, declined to provide any further information and reasserted the “complete conscientious opinion” that the murders were committed over “family issues.”

“As in all cases, the investigation and prosecution of the present case was carried out by Turkish authorities with utmost diligence,” Turkish officials wrote Dec. 2. “As the hearings were held openly, the Government is of the view that due transparency was provided in the process.”

The exchange, sparked by an 18-month investigation of the killings by ABC News and Reveal from The Center for Investigative Reporting, is the first official response to lingering questions about the case raised by the Barakat family and their allies, who contend that the motivations behind the murders – and the possibility of a broader conspiracy – were not adequately probed after Turkish authorities declined the FBI’s offer of forensic assistance.

Callamard declined to comment beyond saying she was “analyzing the situation to see what my next steps might be.”

U.S. Rep. David Price, a North Carolina Democrat, had previously called on State Department officials to appeal to their Turkish counterparts to grant authorization for “FBI work on the ground.” He said he was encouraged that Callamard is seeking answers but disappointed in the lack of engagement from Turkish authorities.

“Unfortunately, the Turkish government was not detailed or comprehensive in its response, leaving many loose ends in the investigation,” Price told ABC News and Reveal in a statement. “My hope is that the U.N. special rapporteur will continue seeking the truth – Halla and Orouba Barakat deserve justice. I support the U.S. government using its diplomatic tools to help ensure this case is given every possible consideration.”

Suzanne Barakat, a family member in San Francisco who has led the effort to bring further scrutiny to the case, responded to the Turkish letter by renewing her demand for U.S. and Turkish law enforcement to cooperate in reexamining the evidence.

“If they think this was all done well, there shouldn’t be any concern with us all collaborating and getting the evidence we have and corroborating all the different pieces,” she told ABC News and Reveal. “If they are in fact aligned in seeking justice in Halla and Orouba’s names, then I don’t see why there would be any issue about collaborating.”

The Barakats were fierce critics of Syrian President Bashar al-Assad and members of the Istanbul-based opposition to his regime. Their brutal double murder in September 2017 in Istanbul sparked headlines around the world and suspicion among family, friends and colleagues that their work may have threatened powerful figures with the motive and means to silence them.

The crime scene, to many observers, suggested the work of a professional. Halla was an American citizen – born in North Carolina while Orouba was visiting relatives there – who had worked for a U.S. media outlet. So two U.S. lawmakers from the state, Sen. Thom Tillis and Price, soon called for a thorough investigation. H.R. McMaster, then a senior member of the Trump administration, even invited Suzanne Barakat to the White House, where she said intelligence officials and diplomats assured her that the case was a priority.

By then, Turkish authorities had arrested and secured a confession from a distant relative named Ahmed Barakat, who had been working for Orouba since arriving in Turkey from Syria six months earlier. Orouba owed him money, Ahmed told prosecutors, according to court documents, claiming that when he confronted her in the apartment she shared with her daughter, Orouba refused to pay and attacked him with a kitchen knife, which he then used to kill her. When Halla screamed, he said, he killed her, too.

After a brief trial, Ahmed was convicted and given two life sentences. The case, as far as prosecutors were concerned, was closed.

But questions about the case lingered, so in the three years since the murders, a trans-Atlantic team of journalists – some based in Turkey, others in the United States, some of whom knew Halla and Orouba personally – sought answers to those questions. That reporting, led by ABC News, where Halla briefly worked in the months before her death, and Reveal, was featured in a special edition of “Nightline” and an episode of the Reveal podcast in October.

ABC News and Reveal obtained hundreds of pages of documents from the investigation led by the Turkish National Police – including police statements, autopsy reports, witness testimony, evidence inventories and court transcripts. Coupled with more than a dozen interviews with family members, friends, colleagues, government officials and outside experts familiar with the case, the documents reveal several inconsistencies and outright contradictions in the official narrative. And records obtained through the Freedom of Information Act, filed by Reveal, show that despite assurances from officials at the White House National Security Council and U.S. Department of State to the contrary, the FBI never opened a case.

Those findings prompted Callamard, the human rights and international law expert who determined in June 2019 that Saudi Arabia was responsible for the premeditated killing of Washington Post journalist Jamal Khashoggi, to launch her own inquiry.

Citing a “presumption that crimes committed against journalists are in relation to their work and reporting until proven otherwise,” Callamard questioned whether Turkish authorities had adequately examined that possibility.

“It is unclear whether the investigative authorities considered if (Ahmed Barakat) acted in concert with or at the direction of others,” Callamard wrote, “such as representatives of the Syrian Government, or of an armed group such as ISIL.”

She posed many of the same questions raised by the ABC News and Reveal reports about the effectiveness of the Turkish investigation, the level of transparency provided to the family and the apparent lack of international cooperation in pursuing evidence. Then she echoed the call from the Barakat family and U.S. lawmakers to permit the involvement of U.S. law enforcement.

“Given Ms. Halla Barakat’s US citizenship, would your Excellency’s Government reconsider receiving assistance from the FBI,” Callamard wrote, “particularly with respect to investigating aspects of the case relating to social media?”

Suzanne Barakat hopes that fresh scrutiny will change the official narrative. Shortly after ABC News and Reveal’s investigation aired, she and her attorney met with officials at an FBI field office to present their case for further investigation.

“What we’re looking for is just answers and the truth,” she told ABC News and Reveal. “The Turks have some answers.”

By Pete Madden Reveal from The Center for Investigative Reporting January 14, 2021