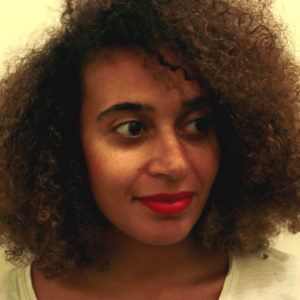 Collier Meyerson lives in New York City, where she was born and raised. She began her journalism career in 2011 as a fact-checking intern with The Nation magazine. Shortly after, Meyerson became a producer at MSNBC, first with the “Melissa Harris-Perry” show and then at “All In with Chris Hayes.” After she left MSNBC in early 2015, Meyerson worked as a contributor at Jezebel. In April 2015, she joined Fusion as a staff writer. Meyerson is the winner of an Emmy Award for outstanding news discussion and analysis as part of her work on MSNBC’s “All In with Chris Hayes.” In 2016, she received the National Association of Black Journalists’ Digital Media Commentary award. Meyerson is always up for weekend trips that don’t involve tents. She is perennially on the hunt for a great new stick and poke tattoo.

Sorry, we couldn't find anything here.