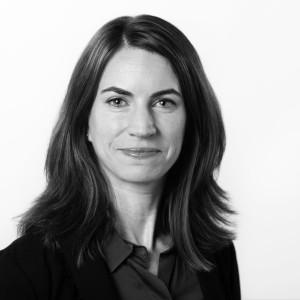 Jennifer Gollan is a reporter for Reveal, covering labor and corporate accountability.

An Emmy Award winner, Gollan has reported on topics ranging from oil companies that dodge accountability for workers’ deaths to lax manufacturing practices that contributed to deadly tire blowouts.

Gollan uncovered rampant exploitation and abuse of caregivers in the burgeoning elder care-home industry. The series, Caregivers and Takers, detailed how operators enriched themselves while paying workers about $2 an hour to work around the clock. The stories prompted a congressional hearing, plans for prosecutions and new state legislation.

Gollan exposed how Navy shipbuilders received billions in public money even after their workers were killed or injured. In response to her reporting, Congress passed a new federal law, the Government Accountability Office produced a report and the Pentagon began scrutinizing the safety records of more defense contractors.

Gollan’s work has appeared in The New York Times, The Associated Press, The Guardian U.S., Politico Magazine and PBS NewsHour.

Her honors include a national Emmy Award, a Hillman Prize for web journalism, two Sigma Delta Chi Awards, a National Headliner Award, a Gracie Award and two Society for Advancing Business Editing and Writing Awards. She has been a finalist for an ONA Online Journalism Award, an IRE Award and two Gerald Loeb Awards. Gollan is based in Reveal’s Emeryville, California, office.

A lobbying campaign driven by scarcity pushed the CDC to relax protective gear guidelines. Now tens of thousands of health workers are infected.

At a time when America is relying on health care workers more than ever, we look at why there’s not enough protective gear to keep them safe.

Quarantines are supposed to contain the new coronavirus, but are the right people going into isolation, and are federal guidelines strong enough?

New studies show that the debate over how long the new coronavirus incubates – and how long it sheds after recovery – is far from settled.

As coronavirus spreads, caregivers in elder care facilities fear they can’t afford to call in sick

Many low-wage caregivers lack paid sick leave and health care, increasing the risk of exposure for a vulnerable population.

The new legislation comes in response to a Reveal investigation into widespread wage theft in senior care homes across the country.

New legislation and enforcement efforts are underway after Reveal’s investigation of exploitation in the industry.

When Lighting the Voids

This investigative audio drama from StoryWorks unravels the mystery of a deadly explosion at a Gulf Coast shipyard.

There is virtually no accountability for care-home operators that fail to pay caregivers in accordance with the law.

Rat bites, bedsores and other injuries plague residents in many homes cited for labor violations.