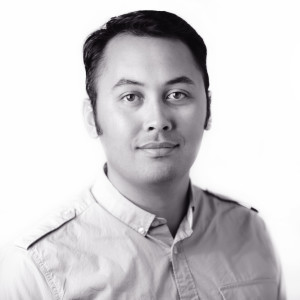 Scott Pham is the news applications developer for Reveal. Previously, he was the digital editor for the NBC Bay Area Investigative Team. Before that, he worked at numerous places in the public radio system, reporting for broadcast and innovating online. At KBIA public radio in Columbia, Missouri, he led the station to a national Murrow Award for best website and founded the Missouri Drone Journalism Program, which produced some of the very first drone-enabled journalism in the U.S. Pham is based in Reveal’s Emeryville, California, office.

Wildfires are getting bigger, more expensive and closer to people’s homes. We examine how wildfires got so dangerous – and how some are fighting back.

Silicon Valley diversity data: Who released theirs, who didn’t

We surveyed 211 of the largest Silicon Valley tech companies that were required to submit EEO-1 diversity reports to the federal government for 2016.

In chat rooms, Unite the Right organizers planned to obscure their racism

Organizers of the Unite the Right rally had a clear plan, according to the group’s chat and conference calls. The group’s plan failed spectacularly.

A Reveal investigation of domestic terror incidents between 2008 and 2016 showed that the majority of incidents involved right-wing perpetrators.

President Donald Trump says that “radical Islamic terrorism” is the biggest threat to the U.S. Yet the majority of recent domestic terrorism incidents come from far-right perpetrators.

The deadliest route to the American dream

As the Trump administration moves forward with the president’s promised U.S.-Mexico border wall, questions persist about the effectiveness of immigration enforcement that has forced migrants into increasingly deadly terrain.

After the water in Lake Oroville reached the highest level since 1985, officials released more water from the dam through its main spillway. But a massive sinkhole split the spillway, prompting the evacuation of 180,000 in nearby communities. We built a 3D flyover of the time and charts to show what lead up to these events,

Some 200 scientists, some wearing crisp, white lab coats, staged a public rally to support climate research and speak out against the incoming Trump administration.

Wildfire season is getting longer, but varies by region

Wildfires are not just a Western states problem, and they are active at different times across the country.

A Southern Poverty Law Center study found that 74 percent of domestic terrorism attacks between 2009 and 2015 were carried out by a person acting alone, without any outside money or direction.