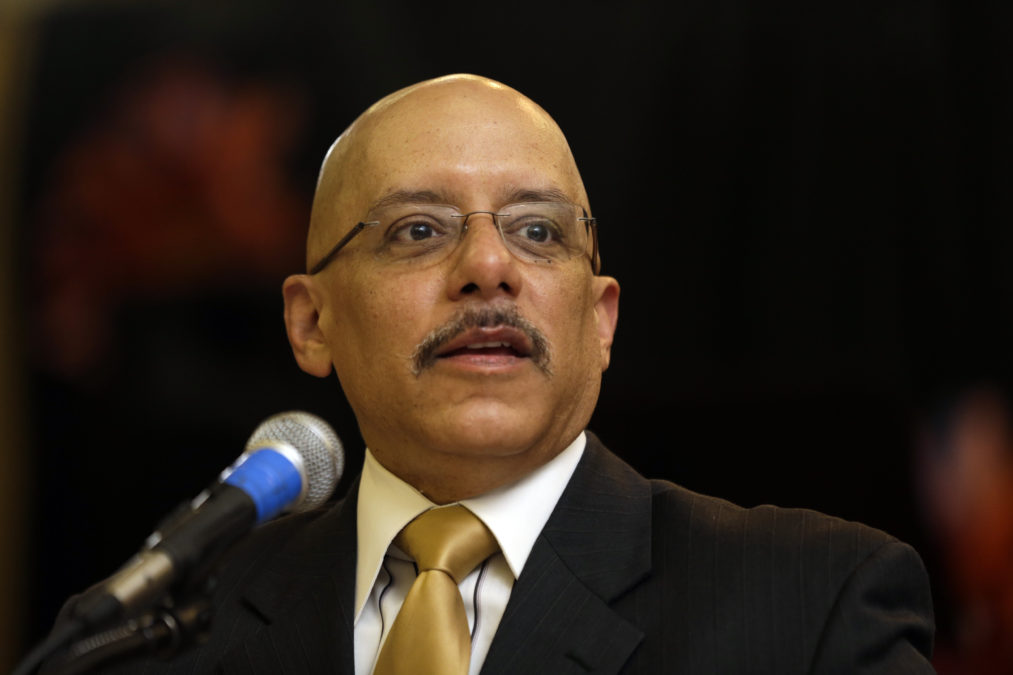 At the same time, the Philadelphia City Council passed a resolution calling for hearings into the practice, amid continued fallout from an investigation by Reveal from The Center for Investigative Reporting.

Reveal analyzed millions of mortgage records and found 61 metros across the country where people of color were significantly more likely to be denied a conventional home purchase loan, even after taking into account how much money an applicant made, the size of the loan they were trying to get and the neighborhood where they wanted to buy.

We focused our story on Philadelphia, one of the largest cities in the country with this disparity. The analysis found African Americans were 2.7 times as likely to be denied a conventional mortgage there. Although black and white residents make up similar proportions of the area’s population, white applicants received 10 times as many conventional mortgage loans in 2015 and 2016.

“I’m frankly disgusted by it,” the state attorney general, Josh Shapiro, told lawmakers during a state Senate budget committee hearing Tuesday. Shapiro said his office had launched a probe through its Bureau of Consumer Protection. “We’re chasing this down and we take it seriously.”

“I read the articles,” Shapiro added. “It is not only wrong in terms of that individual who is being denied a mortgage … (but) it holds the city back. It holds neighborhoods back. It holds blocks back. It holds people back from achieving what they are capable of achieving.”

Pennsylvania’s treasurer, Joe Torsella, said his inquiry would focus on three financial institutions that do business with the state – Wells Fargo, Santander Bank and PNC Financial Services – “who have been identified in a recent analysis by The Center for Investigative Reporting that identified lending disparities within racial and ethnic groups.”

A detailed market share analysis and data app that accompanied our report showed each of those three lenders turned away African Americans at a much higher rate than their white counterparts in Philadelphia in 2015 and 2016.

“Homeownership has long been identified as one of the most common ways for the working and middle classes to build wealth, yet that opportunity has for too often and too long been denied to many of us,” Torsella said. “If any financial institution with these practices has a hand in unjustly denying a mortgage to a qualified applicant, this needs to be brought to light.”

Torsella said he would be asking each bank to provide detailed information about their lending practices – including “copies and policies associated with underwriting criteria” used to grant and deny loans.

Reveal reached out to each of the banks singled out by Torsella. Wells Fargo spokesman Tom Goyda said the bank had “announced significant initiatives to expand homeownership among African American and Hispanic households” over the last two years.

“We will reach out to the state treasurer regarding his concerns and provide what information we can to help him understand the depth of our commitments to the homeownership and financial needs of our customers in Pennsylvania and across the nation,” he said.

Santander spokeswoman Ann Davis sent a statement saying the company was “committed to fair lending” and was “confident that our mortgage lending record shows that we are dedicated to helping increase home ownership in low-income and minority communities.”

Diane Zappas, a spokeswoman for PNC Financial, said her company “firmly believes that discrimination of any kind is wrong … we treat all customers and borrowers fairly.”

Zappas also criticized our analysis for not including borrowers’ credit history or overall debt-to-income ratio – two factors which banks have so far kept secret despite a 2010 law mandating they be disclosed. Industry trade groups, including the American Bankers Association and Mortgage Bankers Association, have disputed Reveal’s conclusions on similar grounds.

The investigations by Pennsylvania’s attorney general and treasurer were sparked by a request from state Sen. Vincent Hughes, the top Democrat on the appropriations committee.

Hughes said he “went ballistic” when he read the investigation. He tweeted that the story exposed “a national crime centered in Phila.”

“I have seen a sickening, unacceptable but, most importantly, un-American injustice,” Johnson said. “When we talk about segregation, we are usually talking about the Jim Crow era – separate schools, separate churches, separate water fountains – and we sometimes give into the myth that the civil rights movement has relegated racial discrimination to the darker days of American history.”

“But here we are on the 50th anniversary of the Fair Housing Act and deep segregation is alive and kicking,” he said. “This is not right. And I’m going to work to get to the bottom of it.”

By Aaron Glantz Reveal from The Center for Investigative Reporting February 22, 2018