A Kurdish refugee is leaving the US to see his wife. Can he return? 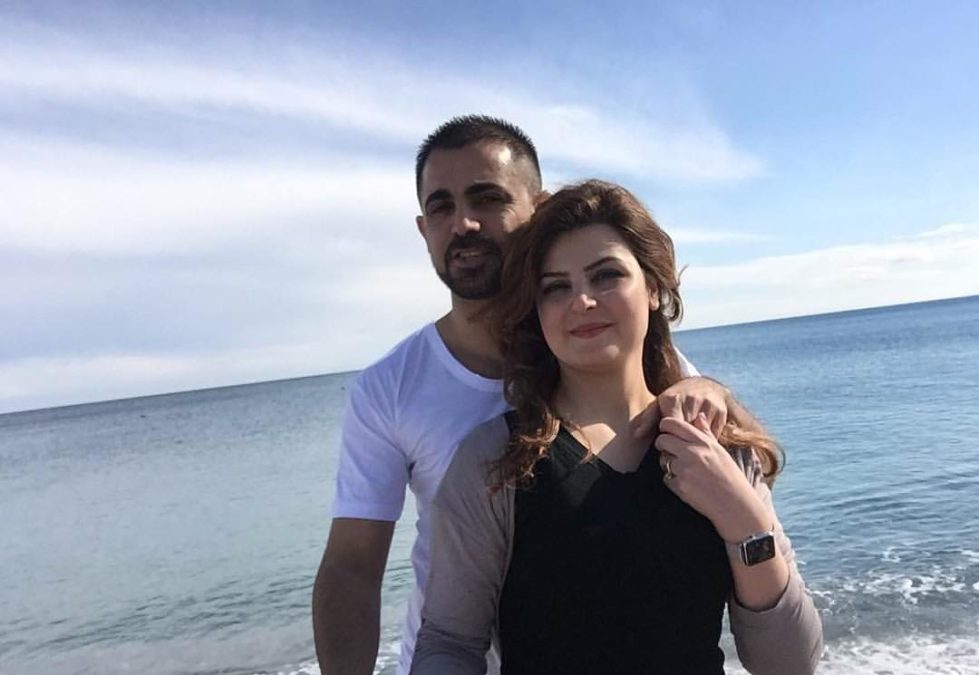 On Thursday, Namo Abdulla plans to board a plane at the Washington area’s Dulles International Airport bound for Beirut, though he knows that, thanks to President Donald Trump’s travel ban, he might not be able to return.

Abdulla, an Iraqi Kurdish journalist, who was granted asylum after graduating from Columbia University in 2014, has been waiting for two years to bring his wife over.

“She’s been waiting almost two years in Iraq for me to bring her to the United States, and I have failed to do that,” said Abdulla, 30. “I’m coming to the point that I have to ask: ‘Should I abandon my well-paying job in Washington, D.C., and the life I’ve built here, or should I abandon my wife?’ I don’t know what to do at this point.”

It is not clear whether he will be allowed back. After Trump issued his executive order Friday, green card holders like Abdulla were refused entry across the country. White House officials since have said that permanent legal residents like Abdulla will be allowed to return, but confusion and fear still reign.

Abdulla is among the many Kurds caught up in Trump’s travel ban. Widely considered the largest ethnic group without a nation of their own, an estimated 6 million Kurds live in Iraq and Syria, two war-torn countries targeted by Trump’s executive order.

These Kurds, who like their countrymen are predominantly Muslim, have been among the United States’ staunchest allies in the region, with Peshmerga guerrilla fighters battling alongside the U.S. military in the war against the Islamic State militant group.

Since the U.S. invaded Iraq in 2003, not a single American service member has been killed in the Kurdish autonomous region in northern Iraq.

“In Kurdistan, when (Trump) won, people started naming their restaurants after Donald Trump because they thought he would be tough on ISIS,” Abdulla said. “I’d have to say that’s changed now.”

On Saturday, a Kurdish family of five bound for Nashville, Tennessee, was turned away in Cairo and sent back to Iraq. The Tennessean reported that the head of the family, Fuad Sharef Suleman, had worked as translator for RTI International, a U.S. government contractor. In New York, members of Rutgers Presbyterian Church held a candlelight vigil Monday after they learned that a family of eight Syrian Kurds who already had been vetted by the U.N. High Commissioner for Refugees also would not be allowed to enter the U.S.

In an interview, the church’s pastor, Andrew Stehlik, said members of his congregation had furnished an apartment in Union City, New Jersey, for the family’s arrival. They had filled the apartment’s refrigerator and were preparing a welcome meal when they learned the family they sponsored would not be allowed to come

“I think it is deeply immoral to target people who are suffering and who are trying desperately to escape a violent situation,” Stehlik said. “It’s against biblical morals, starting from Moses and Torah, and, of course, everything we know about Jesus Christ, who was himself a refugee.”

“You can tell they are blindsided,” said Kani Xulam, executive director of the American Kurdish Information Network. “They never expected this.”

As for Abdulla, he feels he has no choice but to join his wife, Jawna Jaf, a recent graduate from the geography program at Sulaimani University, near the Iraqi border with Iran.

He’s loved her since they were teenagers, he said, but when he proposed to her when he was 20 and she was 18, she turned him down. “She thought she was too young,” he said, “and I was heartbroken.”

Years later, after he had fled to the U.S. and begun writing for Iraqi Kurdistan’s Rudaw news agency, Abdulla got a friend request from Jaf on Facebook. They hit it off all over again and soon were married.

“As an asylee, I can’t go back to Iraq,” he said. “So America is really the only country I have. I have a green card. I have to think that means something.”

A Kurdish refugee is leaving the US to see his wife. Can he return?

By Aaron Glantz Reveal from The Center for Investigative Reporting January 31, 2017