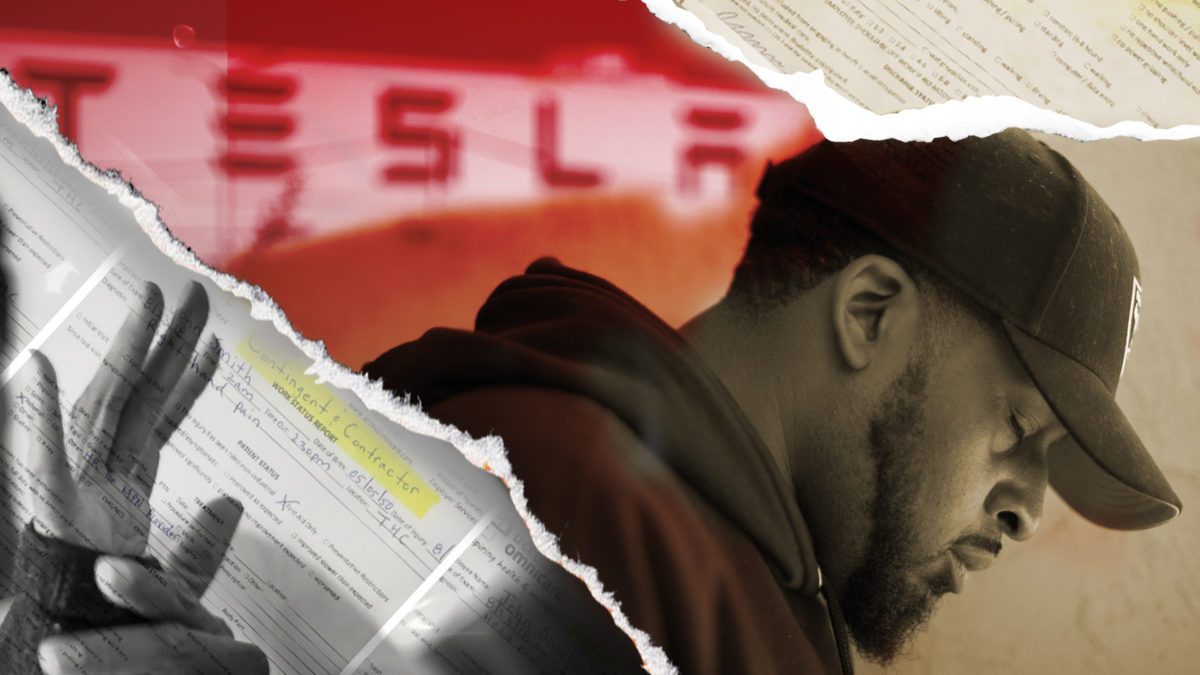 After being called out for hiding worker injuries at its factory, Tesla decides to double down.

As Tesla races to revolutionize the automobile industry and build a more sustainable future, it has left its factory workers in the past, still painfully vulnerable to the dangers of manufacturing.

Last week, we published our newest investigation into the working conditions at CEO Elon Musk’s factory.

This is the latest revelation in a story has unfolded over the last couple of years. Here’s a quick guide to get you up to speed:

May 2017: Tesla workers are under intense pressure, and the company’s injury rate is higher than average

Musk claimed at Tesla’s annual shareholder meeting that the company’s injury rate was significantly lower than the industry average and on track to be half the average. When official numbers came out for 2017, though, that wasn’t the case. Also, the National Labor Relations Board later alleged that in a June 2017 meeting with employees, Musk “impliedly promised to remedy their safety complaints if they refrained from their union organizational activity.”

In February 2018, BuzzFeed reported that the tremendous production pressure resulted in lifelong injuries, including repetitive stress injuries from not rotating positions.

We reported that Tesla was undercounting injuries – failing to record them on legally mandated logs that determine the company’s injury rate. Overall, we found that Tesla prioritized speed over safety and ignored the concerns of its own safety professionals. Members of the safety team were told not to use yellow, the standard safety color, to mark certain factory hazards because Musk didn’t like the color. Tesla called us an “extremist organization” in a statement before the story was published. California’s workplace safety agency opened an investigation – more on that below.

May 2018: Some missing injuries reappear

Tesla added 13 injuries from 2017 that had been missing from its injury logs, essentially acknowledging that it had been failing to count some injuries. But we reported that Tesla might not face penalties because regulators had only about six months from the date of an injury to cite an employer. Musk took to Twitter to call us “just some rich kids in Berkeley who took their political science prof too seriously.”

At Tesla’s annual meeting, Musk said the company’s injury rate was going down and Tesla had a chance at being half the industry average. “I really care about this issue,” he said. The same month, Tesla hired Access Omnicare to take over its on-site health clinic. Also in June, a former high-level Tesla safety official sued the company for allegedly firing him in retaliation for reporting unsafe conditions and illegal practices.

Cal/OSHA, California’s workplace safety agency, wrapped up its probe of Tesla, fining it $400 for failing to record a single injury in the required timeframe. Tesla has used this to claim it was cleared of wrongdoing. But the agency told us it found several other examples of undercounting injuries that were outside the six-month statute of limitations – and that even if it could cite Tesla for them, the total fine still would be $400.

Following our reporting, Gov. Jerry Brown signed a law to extend the period regulators have to fine employers for undercounting injuries. It is now six months from when investigators discover the violation instead of six months from the date of the injury.

That brings us to our latest investigation, which found that Tesla doubled down on its efforts to hide serious injuries from the government and public. As for Cal/OSHA, the agency wasn’t interested when a Tesla clinic whistleblower came forward. After she insisted and we started asking questions, the agency said it would investigate. Tesla, meanwhile, distributed a statement from the clinic doctor criticizing the story.

To dig deeper, read these stories …

… or listen to our podcasts:

By Will Evans Reveal from The Center for Investigative Reporting November 12, 2018