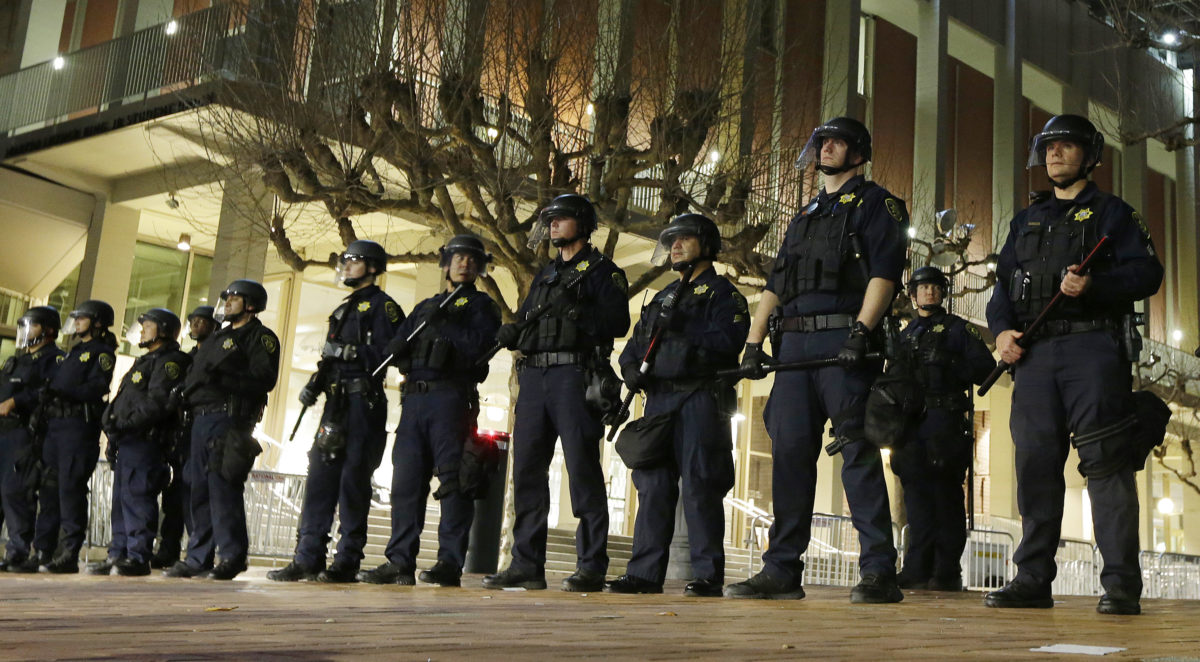 The city of Berkeley, California, and the organizers of a white nationalist rally have come to an unlikely agreement – at least for now.

The city does not plan to issue protest permits, but the white nationalists and a group protesting in opposition have agreed to gather in separate locations to avoid conflict and violence, Alameda County Sheriff Greg Ahern said today.

The county is expecting thousands of people to descend on Berkeley for dueling protests Aug. 27. Because of the number of demonstrators, Berkeley police will receive assistance from the Sheriff’s Office and other law enforcement agencies.

“We expect extremist groups from all walks of life representing all different points of view,” Ahern said. “We’re going to do our best to keep the groups separate.”

Other law enforcement agencies are attempting similar strategies in rallies planned across the country this weekend. In Charlottesville, Virginia, the city’s attempts to restrict the location of the white nationalist groups’ protest failed when the ACLU challenged the move as a violation of free speech. The ACLU is now reconsidering representing white nationalists.

But Ahern said the separate locations are unlikely to stop those intent on getting violent or damaging property. Law enforcement agencies cannot keep protesters from moving from one place to another.

While Charlottesville police often appeared to be spread too thin, law enforcement agencies in Berkeley plan to maximize their impact by forming squads of roving officers, who will flood areas to prevent violence and property damage.

“We’re putting our people together in squads and moving the squads from one location to another when we get the sense something’s about to build,” Ahern said. “We’ll get there before an event and show a presence.”

In the past, mutual aid responses to protests have resulted in explosive conflicts between protesters and police. Berkeley police, for instance, cannot control the force used by outside agencies, who come with their own training and equipment, including military-style vehicles, tear gas and batons. Agencies may have contradictory policies.

“If you’re trained in a certain way and you’re asked to respond, then you respond with how you’ve been trained and your equipment,” Ahern said.

The right-wing protest, billed as “No to Marxism in America,” is set for Civic Center Park near Berkeley High School. Twice this year the park has been the scene of right-wing protests that devolved into violent confrontations between pro- and anti-President Donald Trump street fighters.

The Sunday event is being promoted by Amber Cummings, sometimes known as “Based Tranny,” who has been present at the earlier Berkeley protests carrying a pink “trans women for Trump” sign.

“Berkeley is a ground zero for the Marxist Movement and we need to speak out and say NO to Marxism,” she wrote on the event’s Facebook page. “This event is our chance to speak out and expose the plan of purging our nation from a free nation to a communist nation.”

A group called Unite for Freedom from Right Wing Violence plans a counterprotest on the UC Berkeley campus a few blocks away.

Berkeley Mayor Jesse Arreguin has urged residents to stay away from the right-wing protest, saying,  “The best way to silence the nationalists is by turning your back on their message.”

He promises that police will crack down on violence.

“Anyone who threatens to engage in violence – and we have seen from earlier events that this is exactly their intent – will be arrested and punished to the fullest extent of the law,” Arreguin wrote in a Facebook post.

“I want to reiterate that we will not allow our community to be terrorized by a small band of white supremacists whose ideology of hate is a losing one,” the mayor also wrote. “Berkeley is proud of its multiculturalism and diversity, and we will continue to stand united against those who want to divide us.”

Berkeley has repeatedly been roiled by political violence this year.

In response, right-wing groups held protests in Berkeley on March 4 and again on April 15. Violence again broke out, as leftists and right-wingers scuffled, fought and threw fireworks and rocks at one another.

Self-described “American Nationalist” Kyle Chapman, also known as “Based Stickman” because of his penchant for swinging a stick during the street fighting, faces a felony weapons charge for possessing a stick packed with lead at the March 4 event. He is set to be arraigned on Aug. 25, two days before the Berkeley protest.

A black bloc activist, Eric Clanton, was charged with felony assault for hitting a pro-Trump protester over the head with an iron bicycle lock at the April 15 protest.

As the news web site Berkeleyside has reported, after each protest the police faced criticism for failing to break up the street fighting and control the violence – criticism similar to that following the Charlottesville incidents.

On April 27, however, when right-wingers again gathered in the park and faced off against the leftist By Any Means Necessary group, police presence was far heavier, and little violence occurred.

By Shoshana Walter and Lance Williams Reveal from The Center for Investigative Reporting August 18, 2017