Congresswoman calls for US investigation of Planet Aid 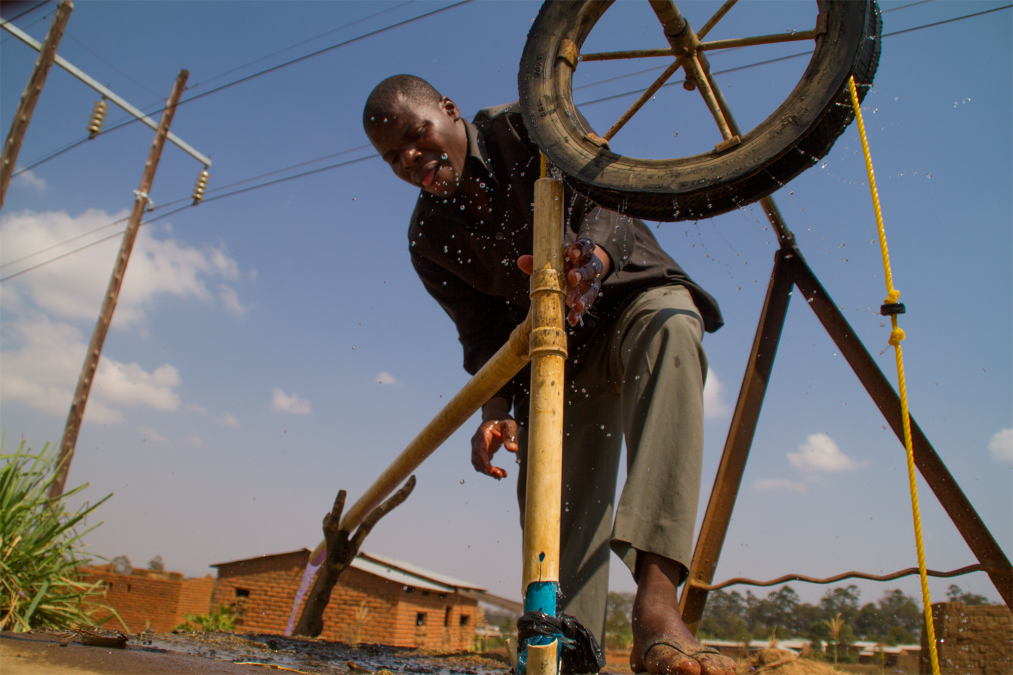 Njuli village Chief Witness Chibwana says he purchased a Planet Aid water pump with a $100 loan that took him two years to pay off. Made of PVC pipe, polyethylene rope and a used bicycle wheel, the pump is barely functioning after five years of use.

A congresswoman has called for a government investigation of Planet Aid following a Reveal investigation showing that the U.S. has allocated more than $133 million in foreign relief funds to the Maryland-based charity despite evidence that it is controlled by a cult-like organization and funds have been misused.

U.S. Rep. Betty McCollum, D-Minn., delivered strongly worded letters today to the inspector general of the U.S. Department of Agriculture – which allocated the money – and the Government Accountability Office, asking them to launch investigations.

“Recent media reports by (Reveal from) the Center for Investigative Reporting … suggest that Planet Aid and its affiliates have engaged in a ‘shell game’ with US government funds,” McCollum wrote.

In March, Reveal began unveiling its findings with a radio show and podcast connecting Planet Aid to the Teachers Group, a reputed Danish cult affiliated with dozens of humanitarian aid organizations around the world. The investigation, which continued with a text story published in May, traced USDA Foreign Agricultural Service funding for anti-poverty programs in Malawi and, in a local farming project, found little evidence the money had been properly spent.

The Teachers Group also operates for-profit businesses, and manages an offshore financial network that its leader once said was created to “lay down a twisted access path, with only ourselves as compass holders.” That leader, Mogens Amdi Petersen, is wanted by Interpol along with four of his top associates on fraud and tax evasion charges related to what Danish prosecutors say is a network of phony charities.

Former and current Teachers Group members in Africa told Reveal that they were forced to kick back portions of their USDA-funded salaries to a bank account controlled by their Teachers Group overseers. Dubious “expenses” for aid projects funded by the United States were paid to offshore organizations controlled by the Teachers Group. Accountants and managers working on those projects said these invoices were fabricated to cover up for charity work that was never performed.

Impoverished farmers in Malawi, who were supposed to benefit, also told Reveal they did not receive water pumps, fertilizer and farm animals promised by Planet Aid. Those projects were routed through Planet Aid’s partner agency, Development Aid from People to People Malawi, or DAPP Malawi, also controlled by the Teachers Group.

Following publication, UNICEF probed DAPP Malawi programs it was supporting and, in July, halted its funding of those projects and launched a deeper investigation. In August, the BBC partnered with Reveal to document misuse of British foreign aid funds by DAPP Malawi. Immediately following the broadcast, the United Kingdom’s Department for International Development also suspended funding and announced it would investigate the allegations.

McCollum cited those actions in her letter, noting that, by contrast, “to date, the USDA has not taken similar action. The USDA has responded to media inquiries about its relationship with Planet Aid and its affiliates by stating that annual audits and site visits have uncovered no evidence of wrongdoing by Planet Aid or its subcontractors.”

In calling on the U.S. government to investigate, McCollum cited Reveal’s findings showing USDA oversight had been undermined by Planet Aid and its Teachers Group affiliates in Africa.

“Media reports indicate that ‘visiting auditors (were steered) to Potemkin village farms that looked prosperous but were merely for show,’ ” she wrote. “Given the alleged sophistication of the Teachers Group, it is plausible that USDA auditors have not been given the access they need to fully investigate the performance of Planet Aid and its affiliates.”

Today, Reveal emailed Planet Aid’s main contact with the U.S. government, Marie Lichtenberg, requesting comment, but has not heard back. However, Planet Aid issued a statement to NBC News’ Washington, D.C. affiliate, which is partnering with Reveal to investigate Planet Aid.

The statement said in part: “The money that Planet Aid receives from private donations and from U.S. government grants is at all times spent in accordance with agreements, and as reported, for development work around the globe.”

A Kansas whistleblower who starting in 2008 sought to convince USDA officials that Planet Aid was defrauding the government had plenty to say. Kris Alonge conducted multiple Freedom of Information Act requests, wrote letters to USDA officials, met with FBI agents and filed complaints with the IRS – only to see the USDA continue allocating funds to Planet Aid, year after year.

“I’m thrilled that someone is paying attention,” Alonge said of McCollum. “She is saying the same thing that I have been saying for eight years. … It’s blatant to me this group is stealing; it’s money laundering, and they’re keeping the money for themselves.”

Congresswoman calls for US investigation of Planet Aid

By Matt Smith and Amy Walters Reveal from The Center for Investigative Reporting August 17, 2016