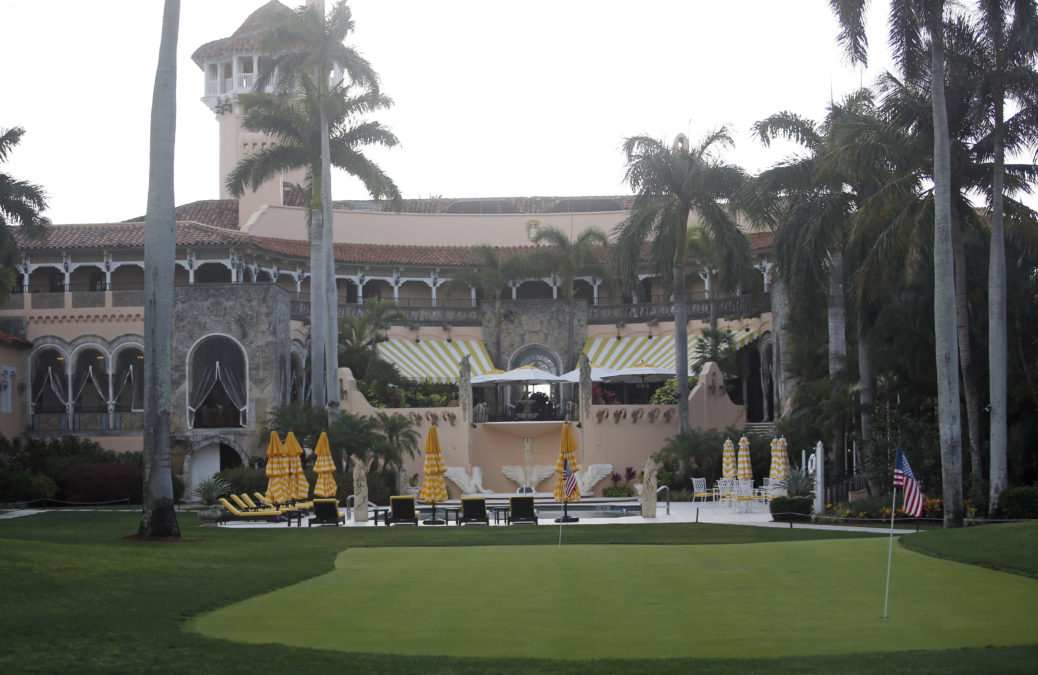 In this week’s conflict roundup: What happens when Trump businesses make money off the government, other people make money off Trump and his aides need to pay their legal bills.

From the start, President Donald Trump’s real estate empire – and his refusal to divest himself of his far-flung properties – made him a lightning rod for conflict-of-interest concerns.

Ethics experts and political critics alike worried that Trump was profiteering off his presidency – perhaps in violation of constitutional provisions that bar the president from receiving outside income without the approval of Congress.

Recently, via the federal Freedom of Information Act, an open-government nonprofit called Property of the People unearthed billing records that for the first time show Trump-owned businesses receiving payments from U.S. government agencies.

The payments – for unnamed government employees to stay at Trump resorts and eat in a Trump-owned restaurant – amount to less than $2,000. Although the sum is tiny, they represent the first in what could be many such disclosures.

Property of the People obtained the records at issue from the U.S. Coast Guard, whose personnel patrol the waterfront of Trump’s swanky Mar-a-Lago Club in Palm Beach during presidential visits. The nonprofit said it had filed information requests with a long list of agencies in an effort to track federal spending that is flowing into Trump-owned businesses. The Coast Guard was among the first to comply, founder Ryan Shapiro said in a statement. Other agencies, including the Secret Service, haven’t yet been forthcoming.

The disclosures also raise potential legal issues. In a complaint to Attorney General Jeff Sessions, Property of the People contended that the payments reflect “a clear violation” of a constitutional provision called the Domestic Emoluments Clause. The payments “raise grave questions about the extent to which the President’s refusal to divest from his businesses” is leading to continued violations of the law, the group contended.

The Constitution actually contains two emoluments clauses. The Foreign Emoluments Clause bars U.S. officials from accepting money from foreign governments without the consent of Congress. In a lawsuit filed earlier this year, about 200 congressional Democrats accused Trump of violating the clause via what they called his “financial interest in vast business holdings around the world that engage in dealings with foreign governments.”

It’s not clear whether the lawsuit can proceed without a majority of the House of Representatives signing off on it. An appeals court is set to consider the suit next month.

The Domestic Emoluments Clause, on the other hand, bars the president from receiving payments other than his salary from “the United States, or any of them.” Courts haven’t interpreted this legal language, but Property of the People contends that “both ‘sweetheart deals’ and fair market value transactions” that benefit the president represent illegal domestic emoluments. The Justice Department hasn’t commented on the complaint.

The biggest payment unearthed by the nonprofit was $1,092, paid by the government to Trump’s Mar-a-Lago Club for a two-night stay by an unnamed federal official, perhaps from the National Security Agency, on March 3 and March 4.

As The Washington Post reported, Trump has visited Mar-a-Lago seven times since he took office. In March, Trump was joined at the resort by Sessions, Commerce Secretary Wilbur Ross and then-presidential adviser Steve Bannon. Among other things, the officials attended a security briefing.

Slate has noted that the visit came two days after Sessions decided to recuse himself from the Justice Department’s probe of Russian interference in the 2016 presidential election. The decision led to the appointment of Special Counsel Robert Mueller, and also badly frayed the AG’s relationship with Trump.

Otherwise, it was a busy weekend for Trump – early on March 4, he posted on Twitter his claim that he had been wiretapped by President Barack Obama.

How other people get rich off Trump

If the president profiteers off his presidency, that’s cause for concern.

But what if a freewheeling developer in the former Soviet Republic of Georgia trades on the president’s name to make a killing in Black Sea real estate?

At Forbes magazine, reporters Dan Alexander and Matt Drange this month unspool the weird yarn of George “King George” Ramishvili, who thought he had a deal to build a 47-story Trump Tower in the resort city of Batumi.

By his account, Ramishvili may or may not have been introduced to Trump by his ex-wife Ivana. In 2011, with the aid of then-Georgian President Mikheil Saakashvili, Ramishvili and his New York-based partner, Giori Rtskhiladze, cut a licensing deal with Trump. For $1 million cash and a 12 percent cut of future revenues, Trump agreed to allow the Georgians to put the name “Trump Tower” on the 15-acre condominium and casino complex they hoped to build.

A slowdown in the local economy delayed construction. Then, after Trump became president, Ramishvili said Trump lawyers backed out of the deal. Ramishvili said he was told Trump was worried about violating the constitution’s Foreign Emoluments Clause, which forbids U.S. officials from taking money from foreign governments.

Undaunted, Ramishvili told Forbes he intended to forge ahead with the project. Rather than Trump Tower, he would name it “T Tower,” he said.

“If you call it Tower, and T, then it’s Trump Tower,” he said. Someday – presumably after Trump is out of office – he said he would try to reinstate the old licensing agreement and restore “Trump” to the complex’s name.

“All of this raises a whole new set of conflict-of-interest concerns,” Forbes wrote.

“In January, Trump pledged not to do any foreign deals while in office, but his constellation of current and former partners are all too eager to move forward, potentially forcing the president to make foreign-policy decisions that could affect his financial future – whether he likes it or not.”

In what he later dismissed as a joke, he said he planned to tell reporters that Russian President Vladimir Putin was buying condo units in the complex.

How to raise money for lawyers? Secretly

Sooner or later, anybody who is anybody in the White House can expect a call – or a surprise morning visit – from Special Counsel Robert Mueller’s investigators.

Really special people might get a grand jury subpoena as well.

For Trump’s aides, that raises a pressing issue: Where can I get the money to pay a $1,500-per-hour criminal defense specialist to keep me out of federal prison?

Last week, David Apol, who is the acting head of the U.S. Office of Government Ethics, seemed to offer an answer. As Politico reported, the ethics office “quietly reversed its own internal policy prohibiting anonymous donations from lobbyists to White House staffers who have legal defense funds.”

With the change, officials caught up in Mueller’s probe into Russian interference in the 2016 presidential election could pay their lawyers with donations from lobbyists and special interests groups. No one would be the wiser.

“You can picture a whole army of people with business before the government willing to step in here and make [the debt] go away,” Marilyn Glynn, a George W. Bush-era ethics official, told Politico.

Walter Shaub, the government ethics chief who resigned earlier this year under pressure from Trump, called the change “sneaky.” Good-government groups joined in a chorus of criticism. After two days, Apol told Politico that the ban on anonymous donations was still in place. There had never been a change in policy, he insisted.

A source told CNN that the White House was not helping aides to set up legal defense funds.

One of the first such funds has been established to benefit retired Army Lt. Gen. Michael Flynn, whose three-week tenure as Trump’s national security adviser has left him with massive legal troubles.

The fund was set up by Flynn’s brother and sister. As an ex-official, Flynn isn’t subject to government ethics rules, and so is free to accept anonymous donations. The fund won’t take money from foreign donors, according to the fund’s website.

Lance Williams can be reached at lwilliams@revealnews.org.

By Lance Williams and Matt Smith Reveal from The Center for Investigative Reporting September 20, 2017