JOIN TODAY!
Rape in the Fields 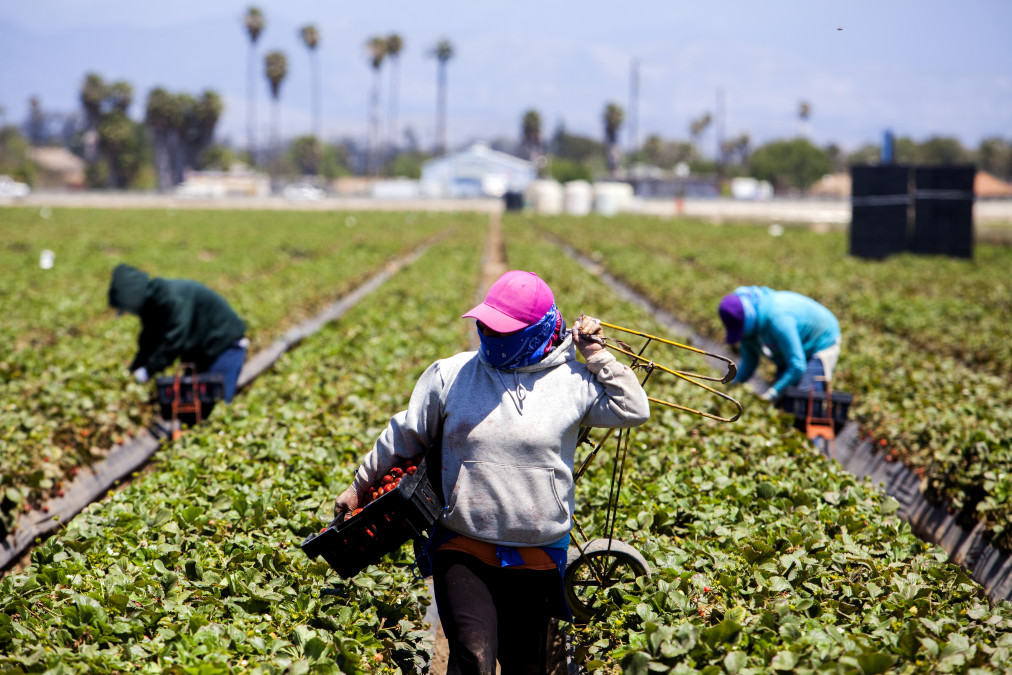 It was the spring of 2008, and Maria Pineda had just arrived in Southern California after borrowing $7,000 to migrate from El Salvador. She found a job packing celery with Jackpot Harvesting in Oxnard, where farm fields run up against suburban housing tracts. As many workers did, she followed the harvest north to Salinas in early summer.

That’s when her problems at work began.

A supervisor named Vicente Davila oversaw Pineda in the field as she cleaned, wrapped and boxed freshly cut stalks of celery for shipping. About a month after she arrived in Salinas, the supervisor learned that Pineda liked horses and asked her if she wanted to go horseback riding at his ranch with a group. She agreed. On the day of the outing, Davila surprised her by jumping onto the back of her horse. Pineda protested, but he ignored her.

As they rode off, Davila began kissing the back of Pineda’s neck. She told him to stop, but he directed the horse toward an empty barn, where Pineda says Davila raped her. He threatened to fire her if she didn’t submit.

Pineda went back to work and stayed quiet about the rape for several months. She wasn’t familiar with American laws and was upset and embarrassed. A devout Catholic, Pineda had been a virgin prior to the assault. She “felt like a fallen woman, so she didn’t want to talk about it with anyone,” said Maria Vizzusi, one of her attorneys.

But in early 2009, Pineda decided to make a complaint to the federal government, which investigated her case. She also filed a sexual harassment lawsuit against Jackpot Harvesting that went to trial this summer.

After more than two weeks of testimony, a jury found in favor of Pineda and a female co-worker who said she’d also been sexually harassed by Davila. After the verdict, the parties agreed to a $1 million settlement.

The Jackpot Harvesting case joins a number of farmworker sexual assault cases that have resulted in notable financial settlements or jury awards in the past year. Another California case settled for nearly $1.3 million last February. And last fall, five women working at a Florida packing plant received a $17.4 million jury award after reporting sexual harassment and rape – among the largest amount won by the federal government in a sexual harassment case to date.

Those amounts are higher than the norm. From 1998 to 2013, sexual harassment cases in the agricultural industry averaged a $560,000 payout, according to Reveal’s review of lawsuits brought by the federal government.

The Jackpot Harvesting case follows another pattern: Farmworkers frequently experience extreme sexual harassment, including sexual assault or rape, by their supervisors. The abusers take advantage of an extreme power imbalance; they hold control over workers’ livelihoods. And those workers often are immigrants working in the U.S. without authorization, who are afraid of interacting with police.

“Most employers are opposed to sexual harassment and they don’t want it happening in their company. The problem in agriculture, though, is that the sentiment is not translating down to the workplace,” said Michael Meuter, a litigation director with California Rural Legal Assistance, the organization that represented Pineda.

Neither Gary Caraccioli, an owner of Jackpot Harvesting, nor the company’s attorney responded to repeated requests for comment. Davila could not be reached. But during the trial, the company denied that the supervisor had sexually harassed anyone and argued that any relationship between Pineda and Davila had been consensual.

California passed a law specifically to prevent this type of sexual harassment in the fields. It gives the California labor commissioner the power to revoke or suspend the license of a labor contractor such as Jackpot Harvesting.

But the law was passed after Pineda made her initial complaints against the company, so Jackpot Harvesting continues to operate without penalty.

The law went into effect at the start of 2015, and the labor commissioner’s office says it has not yet revoked or suspended an agricultural contractor’s license because of sexual harassment.

Davila – who no longer works for Jackpot Harvesting – could face more immediate penalties. He’s supposed to sign an affidavit the next time he applies for a job that says he has been found to have sexually harassed workers, which could bar him from supervising workers for three years.

Guadalupe Sandoval, managing director of the California Farm Labor Contractor Association, isn’t a fan of the law because he says it singles out agricultural contractors for a problem that affects every industry. He says that while he believes that the employee training that’s required by the new law could encourage workers to report sexual harassment, it remains to be seen how effective it will be overall.

Criminal consequences could serve as a more forceful deterrent, he adds. “If you throw a couple of those guys in jail and publicize that, maybe you’ll see some of these supervisors straighten up their act.”

Criminal prosecutions and prison time for perpetrators, however, are a rarity. Only 1 out of every 20 rapists are convicted of a felony.

By Bernice Yeung Reveal from The Center for Investigative Reporting August 12, 2016