5 reasons why companies should share their EEO-1 diversity forms 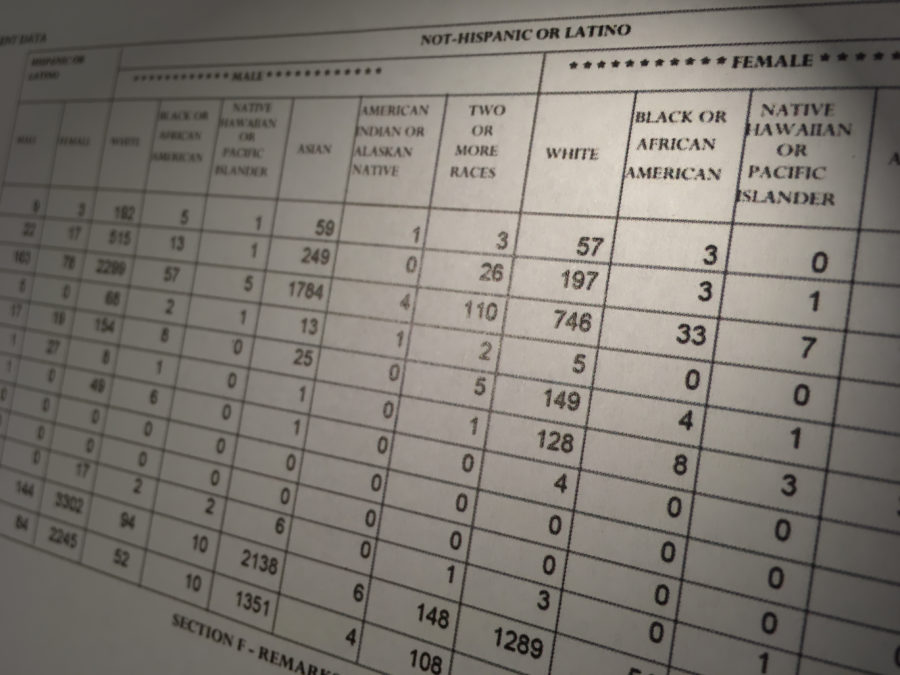 Most large tech companies in Silicon Valley, including Oracle, Palantir Technologies and Tesla, do not release their federally mandated one-page EEO-1 diversity form that they have to submit to the government every year.

Last fall, Reveal from The Center for Investigative Reporting asked 211 of the largest companies for these forms and only 30 have made them public for any year.

Even companies such as Facebook and NetApp that release their EEO-1s as a part of their own, customized diversity reports say the government form doesn’t reflect the nuances of their workforce.

In its diversity report, Facebook mentioned that the EEO-1 report “reflects job groupings and categories that do not align with the way Facebook groups employees internally.”

So. The EEO-1 is flawed as all hell and we need to encourage the federal government to revamp it (later though, assuming the government survives). That said, it is the only standard measure of "diversity" across companies we have now, so it's the best objective data available.

The forms also don’t include information about age, sexual orientation or gender identity.

But here’s five reasons why companies should release these forms anyway.

1. EEO-1s are a standardized baseline.

When companies publish diversity stats on their websites, they decide when to do it, how much data to include and what format to use.

Oracle publishes pie charts about its workforce by self-defined job categories and gender, but no information about race or ethnicity. Netflix publishes data on race and gender separately, but nothing about groups such as minority women at the intersection of race and gender.

Palantir and Tesla, on the other hand, do not appear to publish any statistics about their workforces.

Benchmarking companies on diversity metrics is important, said Donald Tomaskovic-Devey, a sociology professor at the Center for Employment Equity at the University of Massachusetts Amherst.

“Right now, these firms are ranked on their market capitalization, market share and innovation,” he said. “But they don’t have external metrics to know if they’re doing poorly as compared to their peers on diversity.”

EEO-1 forms provide consistency across companies for data broken down by race, gender and job category.

2. EEO-1s are more granular than most diversity reports.

Most diversity reports don’t include specific data about workers in support roles.

Company reports almost always leave out data on women of color. Reveal’s investigation based on these EEO-1 forms for 177 large tech companies has found that women of color are severely underrepresented in tech, especially in management.

3. EEO-1s give raw numbers, not pie charts and percentages.

EEO-1 forms have detailed employee counts by gender, race and job categories. This means we know how numbers translate into percentages.

Percentages are important when it comes to comparisons, but raw numbers refine our analysis.

4. If diversity reports include EEO-1 data, the cat is out of the bag.

Companies such as NetApp, Google and Slack continue to publish detailed diversity reports with more information in addition to their EEO-1s.

Google recently published its most transparent report to date with attrition data for the first time. Slack published some information about LGBTQ employees and people with disabilities in its workforce. NetApp published data about its board of directors.

There’s value in sharing these EEO-1 reports, even if we don’t agree on the methodology, said Barbara Hardy, NetApp’s global diversity, inclusion and belonging officer.

Many federal contractors such as Oracle, Palantir, Pandora, Gilead Sciences, Splunk and Synnex claim their EEO-1 forms are a trade secret. Others, such as PayPal, which claimed these forms to be a secret in the recent past, have released them now.

Reveal filed Freedom of Information Act requests with the U.S. Department of Labor to get these forms. The Labor Department withholds this data from the public, by supporting the companies’ “trade secret” claims.

But if the data is so secret, why are many tech giants already releasing it publicly? Facebook, Google, Salesforce and Intel release their EEO-1 forms publicly every year.

We don’t agree that these forms are secrets, so we’re suing the federal government for these records.

Reporter Will Evans contributed to this story.

5 reasons why companies should share their EEO-1 diversity forms

By Sinduja Rangarajan Reveal from The Center for Investigative Reporting July 11, 2018