The Hate Report: A rich and powerful backer of white supremacy 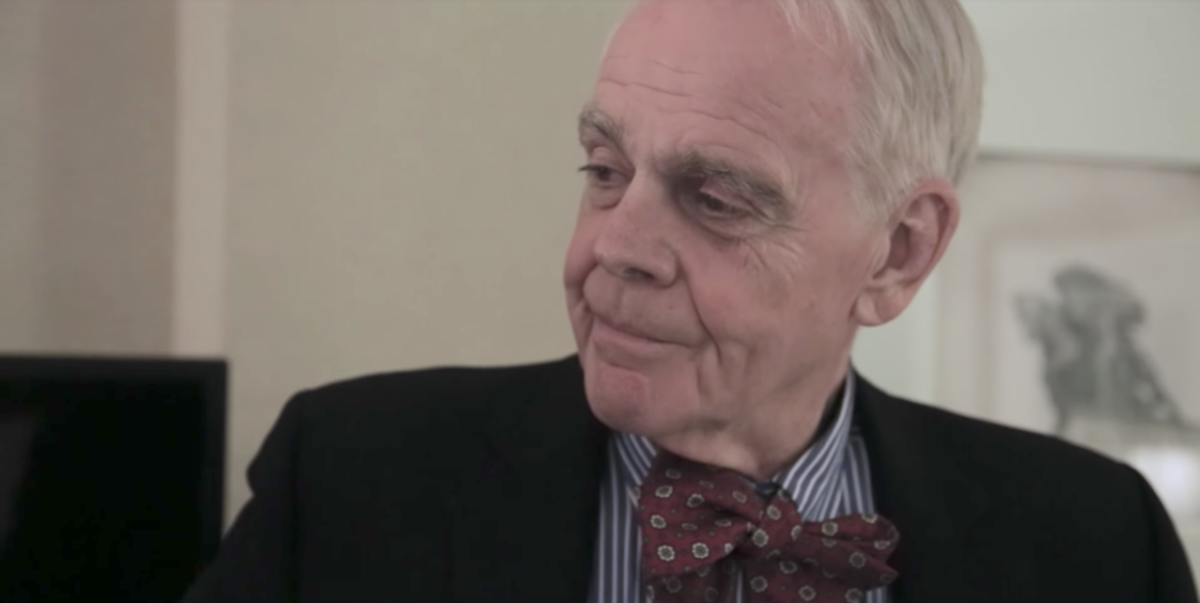 William H. Regnery II, the wealthy scion of a famous GOP family, has played an important behind-the-scenes role in making his ultra-right views a part of America’s political conversation in the era of President Donald Trump.

In this week’s Hate Report: a look at Richard Spencer’s reclusive backer, a report shows hate crimes against Muslims spiked and a city pushes back against white supremacy.

For the past year or so, Richard Spencer has been everywhere. The “dapper white nationalist” has led chants of “Hail Trump!” at a conference in Washington, D.C., served as the public face for a Charlottesville, Virginia, torch-lit rally that the city’s mayor said harkened “back to the days of the KKK,” and has had video of him getting punched in the face turned into an endlessly remixed internet meme.

But here’s the rub: Being everywhere and being dapper are two things that cost money. Where does that money come from?

Ever since the election, Reveal reporter Lance Williams has been looking into how America’s highest-profile white nationalist finances his operation. The first installment revealed that Spencer is funded in part by his family’s cotton farms in the Deep South.

In a second part published this morning, Williams details how William H. Regnery II, the wealthy scion of a powerful conservative publishing family, plucked Spencer from obscurity and gave him the keys to his hate-fueled nonprofit organization, the National Policy Institute.

Regnery’s views got him booted from the conservative elite in the mid-2000s. Now, in the era of President Donald Trump, he’s back – and promising that the “alt-right” side of history will prevail.

Williams reports on how Regnery’s worldview came into focus in the early 1990s when conservatives were basking in Ronald Reagan’s accomplishments:

For Regnery, there was little to celebrate: He feared that the wave of nonwhite immigration that was swamping America would surely doom white people to minority status and impotence.

In a 1999 speech at a right-wing conference in St. Pete Beach, Florida, Regnery went public with his racial fears. White couples weren’t having enough babies, he declared, and the government was allowing in hordes of nonwhite immigrants “as if to hasten our demise.” His solution: a reconfigured continent broken up into separate racial and religious enclaves.

Regnery’s epiphany led him to publish a magazine with the motto “Feel confident identifying as white” and establish the National Policy Institute. Spencer told Williams he talks to Regnery on a near-daily basis.

Regenery’s family has been a fixture in Republican politics for generations. His uncle Henry Regnery founded Regnery Publishing, a publisher of conservative books by authors such as Sarah Palin, Newt Gingrich and Ann Coulter.

As the rise of Trump has emboldened the racists fringes of the conservative movement, Spencer has been there to soak up the attention while sitting on a platform Regnery built.

When political reporters, seeking to understand this new phenomenon, reached out for comment from the alt-right, Spencer was happy to help.

In his writing and public statements, Spencer has seemed in perfect sync with Regnery’s nightmare vision of an endangered white minority – and with Regnery’s dream of creating a white North American homeland.

Islamophobia in America getting worse

The number of hate crimes against Muslims in the United States jumped by 91 percent in the first half of the year, compared with the same period last year, according to a report released this week by the Council on American-Islamic Relations.

In a statement, the group noted that 2016 was already the worst year on record since it began quantitatively tracking Islamophobia in America in 2013.

“The presidential election campaign and the Trump administration have tapped into a seam of bigotry and hate that has resulted in the targeting of American Muslims and other minority groups,” Zainab Arain, coordinator in CAIR’s Department to Monitor and Combat Islamophobia, said in a statement. “If acts of bias impacting the American Muslim community continue as they have been, 2017 could be one of the worst years ever for such incidents.”

The most common trigger for the reported bias incidents was the victim’s perceived ethnicity or national origin. In around half of the cases, the victim’s ethnicity was Middle Eastern or North African. While the world’s over 1.6 billion Muslims hail from every corner of the planet, American Islamophobes seem to still equate the ethnicity with one particular region.

A Confederate in Europe

The Confederate flag is increasingly popping up across the European continent — appearing in the crowd when Trump spoke in Poland, at anti-refugee rallies in Germany and Poland and at soccer games in Italy and Ireland.

To many in Europe, Pitcavage insisted, the flag has become an explicit symbol of whiteness used as a cudgel against the continent’s increasing diversification.

However, when The New Yorker’s Elisa Gonzalez went to Trump’s speech in Poland, she asked a man in the crowd who was carrying a flag what it meant to him:

I then went up to a man draped in the Confederate flag, who told me that he knew what the flag meant in America but, to him, it represented resistance to a federal government that dominated smaller states, as the European Union did Poland. “As for Trump, I am neutral,” he said, shrugging. “I am here against the E.U. and forced migration,” a reference to the union’s requirement that member states take in a set number of refugees.

White nationalist group Identity Evropa has spent recent years traveling around the country putting up posters advocating white supremacy. When the posters appeared in Rochester, New York, the city’s residents embarked on a campaign to counter the hate.

Over the weekend, a group of about 70 Rochester residents participated in a photo shoot showing them taking down Identity Evropa’s posters, replacing them with messages of tolerance and diversity.

Sign up to get The Hate Report by email every Friday. If you or someone you know experienced a hate crime or bias incident, tell us about it through the Documenting Hate project. Have something else to add? Aaron Sankin can be reached at asankin@revealnews.org. Follow him on Twitter: @asankin.

The Hate Report: A rich and powerful backer of white supremacy

By Aaron Sankin Reveal from The Center for Investigative Reporting July 21, 2017