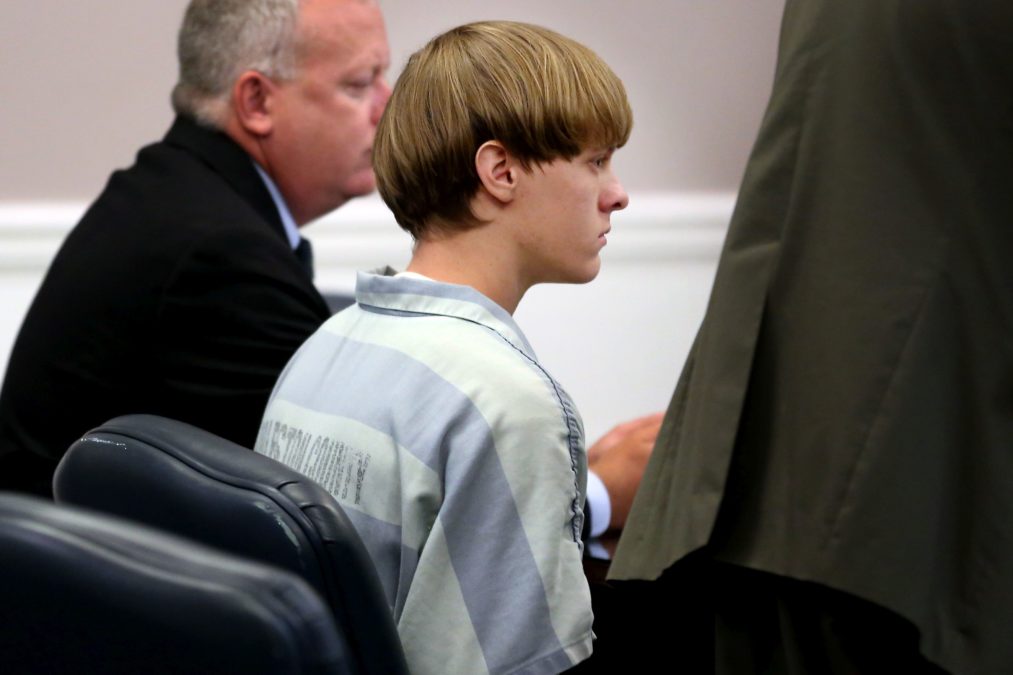 Dylann Roof, who is accused of murdering nine black parishioners at a Charleston, South Carolina, church on June 17, 2015, appears at a court hearing a month later.

A district court on Monday granted Dylann Roof’s request to reappoint his attorneys for part of his capital murder trial, which began today. The move added another twist to one of the year’s highest-profile criminal cases and raises new questions about what information, if any, the public may get about his mental condition.

Roof, 22, is accused of killing nine black parishioners at a Charleston, South Carolina, church on June 17, 2015. He had elected to represent himself against a slew of federal charges, including more than 20 hate crimes.

That request was granted on Nov. 27, albeit reluctantly, by U.S. District Judge Richard Gergel, who called it “strategically unwise.” As some experts labeled it a likely attempt at “death by jury,” federal prosecutors hastened to point out that Roof was acting within his legal rights.

On Sunday, Roof seemed to reconsider his decision to self-represent in a handwritten note, asking Gergel if his lawyers could rejoin him for the guilt phase of the trial only.

“Can you let me have them back for the guilt phase, and then let me represent myself for the sentencing phase of the trial?” he wrote in loopy text on a legal pad.

Capital cases such as Roof’s are separated into two parts. In the guilt phase, jurors determine whether the defendant committed the crime – or crimes – in question. In the sentencing phase, they weigh aggravating and mitigating factors to decide what penalty is warranted.

The court on Monday granted Roof’s request in a 19-page opinion, pointing to an apparent lack of understanding between Roof and his defense team about his decision to go “pro per.”

Because many of the case’s records – including those pertaining to Roof’s mental health and competency – are sealed or redacted, it’s impossible to fully understand the thinking behind firing one’s counsel then hiring them back a week later. By choosing to represent himself in the latter phase, where evidence of past trauma and mental health issues could be put forth, Roof may be attempting to dodge scrutiny about his psychological state.

Indeed, available court records show a keen interest from the defense on conducting psychiatric evaluations – assessments that could be used to mount a mental state defense at trial or a mitigation case at the penalty phase. Roof, in representing himself at penalty, could effectively silence his lawyers’ attempts to paint a picture of him as unstable.

“Impaired defendants don’t like their frailties to be known,” said Robert Dunham, the executive director of the Death Penalty Information Center.  “And they especially don’t like to be perceived as weak or mentally ill. But at this point we don’t know what’s going on in Dylann Roof’s mind – and we may never know.”

One thing is clear: Roof’s decision to rehire his attorneys draws a new distinction between his case and that of Frazier Glenn Miller Jr., a self-avowed white supremacist to whom he has been compared.

After he killed three people at two Jewish sites in Kansas in 2014, Miller fired his attorneys, then repeatedly interrupted the proceedings to sound off about his white supremacist beliefs. “I thrive on hate,” he said at one point. “If I didn’t thrive on hate I would go crazy.”

Near the trial’s conclusion, Miller told a judge that “I can’t get a fair trial because of you. This court, it is because you’re under rule of the Jews, and you support yourself accordingly,” according to a local news affiliate.

Unlike Miller, Roof will now allow his attorneys to mount a partial defense on his behalf, a decision that suggests he would both prefer life in prison – as opposed to “death by jury” – and that he likely will not attempt to use the trial’s first phase as a platform to espouse a racist agenda.

The U.S. Supreme Court has mandated that the death penalty be resolved for the “worst of the worst.” In light of this, some experts are wondering how to determine that with what may be an incomplete sketch of Roof as a person. The fact that he has eschewed representation for the trial’s penalty phase may keep jurors and the public guessing.

“We don’t know what the outcome will be, obviously, in this case,” said John Blume, the director of Cornell University’s Death Penalty Project. “If he is sentenced to death at the end of this, he will have been sentenced to death in a proceeding which didn’t work in a way the capital punishment proceeding is supposed to work.”

In the opening statement of Roof’s trial today, his attorney David I. Bruck appeared to lay the groundwork for an argument that Roof was mentally disturbed, telling jurors to “go deeper than the surface of this awful crime.”

Given the current arrangement, it’s unclear how deep they’ll be able to go.

By Byard Duncan Reveal from The Center for Investigative Reporting December 7, 2016