‘It is unconscionable:’ Officials tell Navy to fire dangerous shipbuilders 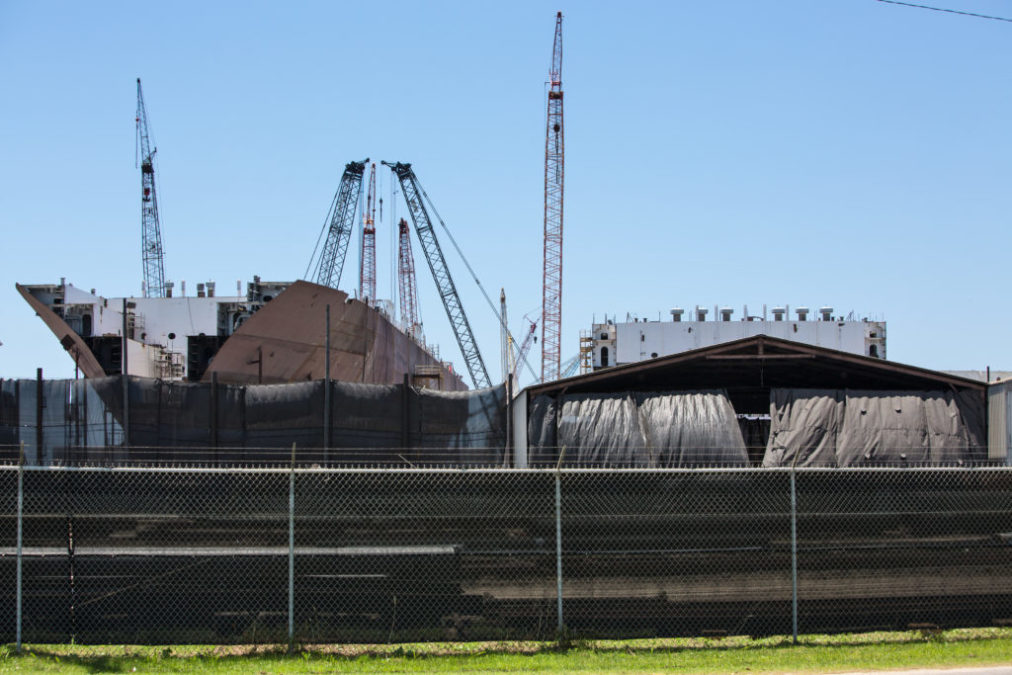 VT Halter Marine and six other private shipbuilders were awarded more than $100 billion in contracts by the federal government, despite citations for serious safety violations.

The former head of the Occupational Safety and Health Administration is calling on the U.S. Navy to stop doing business with dangerous shipbuilders following an investigation by Reveal from The Center for Investigative Reporting.

“It is unconscionable that Navy contractors that kill workers are performing peacetime work for the government,” said David Michaels, who stepped down from OSHA in early January and is now a professor at George Washington University. David Michaels, the former head of the Occupational Safety and Health Administration. Credit: House Committee on Education and the Workforce Democrats/Flickr

Michaels’ sharp criticism of the Navy came in response to the recent Reveal investigation, which found that the Navy and Coast Guard’s seven major private shipbuilders have received more than $100 billion in public money despite serious safety lapses that have endangered, injured and killed workers.

The shipbuilders have little incentive to focus on worker safety, Reveal found.

“If the Navy said to these shipbuilders, ‘We won’t give you contracts unless you truly ensure the safety of your workers,’ they would certainly comply,” Michaels said.

“Federal contractors who can’t keep their workers safe on the job shouldn’t get another dollar of taxpayer funding. Period,” she said in a Facebook post about the story, which also was published in Politico Magazine.

Take the case of VT Halter Marine Inc. In November 2009, an explosion at one of the company’s shipyards in Mississippi killed two workers and injured five others. OSHA fined the company, saying it knowingly sent workers into danger without the required safety equipment. But VT Halter paid a modest penalty compared with the windfall it received: In the seven years after the explosion, the Navy awarded the company more than $345 million in contracts.

At Austal USA’s Mobile, Alabama, shipyard, workers have been gored for years by a handheld power tool that’s been equipped – against the manufacturer’s warnings – with a saw blade. The company was fined  $4,125 for using the modified tool, which led to workers losing fingers and suffering deep gashes on their necks and faces. It has contested the penalty. Meanwhile, the company has received at least $6.2 billion in Navy contracts since 2009. And workers say Austal continues to use the tool.

The Navy’s Naval Sea Systems Command, known as NAVSEA, which oversees ship construction, did not return an email requesting comment. A spokesman for the agency told Reveal in an earlier statement that NAVSEA officials “are not the overlords of private shipyards when it comes to workplace safety.”

The Shipbuilders Council of America, which represents companies that run more than 120 shipyards, said the shipbuilding industry is vigilant about safety.

“SCA members are committed to ensuring the safety of our shipyard employees,” Matthew Paxton, the council’s president, said in a written statement. “We recognize shipyards are complex work environments which is why our members are constantly working to ensure the safety of employees as demonstrated by the industry’s reduction in total recordable incident rates.”

Previously, President Barack Obama had laid the groundwork to address the problem by requiring federal contractors to disclose workplace safety violations from the last three years. However, a judge blocked the requirement, and the House of Representatives recently voted to overturn it.

The Senate is expected to vote on a similar measure in the coming weeks.

Lafe Solomon, who oversaw the implementation of Obama’s executive action at the Department of Labor before retiring Jan. 20, said erasing the restrictions could cost lives.

“Your story illustrates the wisdom and the benefits of the executive order,” said Solomon, who served as the senior labor compliance adviser. “Billions of taxpayer dollars are going to these companies that are not providing a safe workplace.”

‘It is unconscionable:’ Officials tell Navy to fire dangerous shipbuilders

By Jennifer Gollan Reveal from The Center for Investigative Reporting February 16, 2017