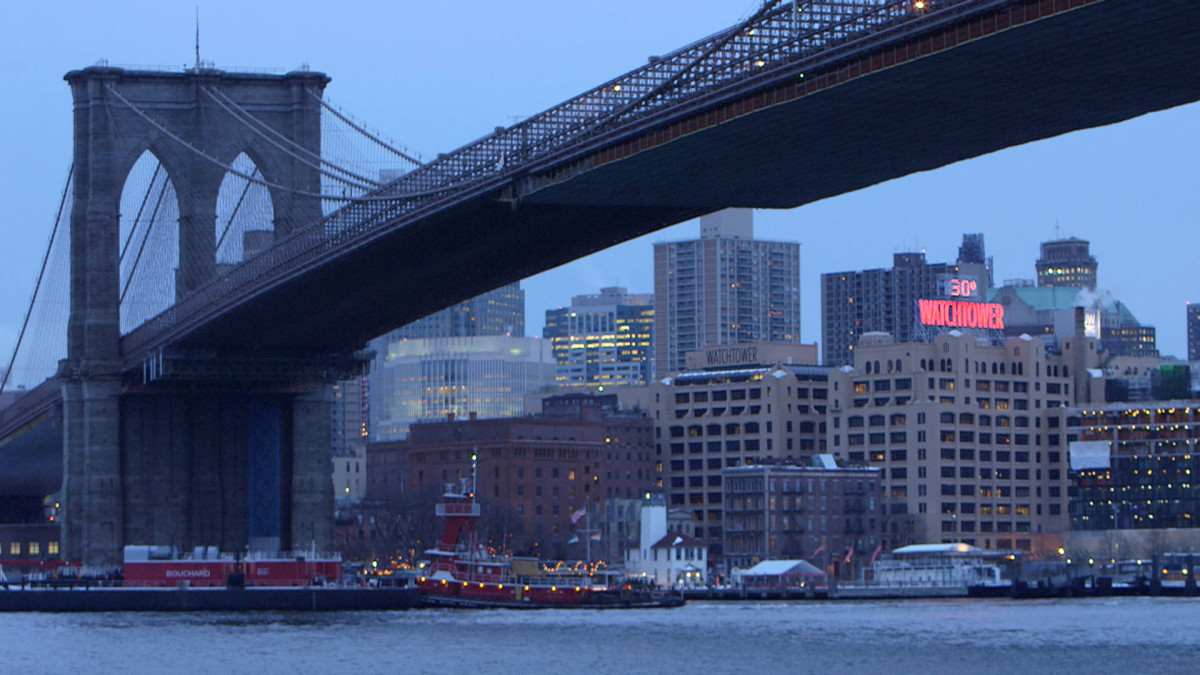 The Watchtower Bible and Tract Society of New York, the Jehovah's Witnesses' parent organization, is located near the Brooklyn Bridge.

For years, two court cases in San Diego have offered the possibility that the full scope of the Jehovah’s Witnesses child sex abuse cover-up would be revealed.

The window for that tantalizing opportunity has slammed shut. For now.

After years of litigation, two men who claim to have been sexually abused as children by a Jehovah’s Witness in San Diego have settled their cases against the religion’s parent corporation, the Watchtower Bible and Tract Society.

Judges in both cases had penalized the Watchtower millions of dollars for refusing to hand over documents detailing the organization’s knowledge of child sexual abuse going back decades in congregations across the U.S.

The documents contain the names of what are likely thousands of abusers who were never reported to police. Instead, congregation leaders sent detailed logs of alleged abusers to headquarters.

The lawsuits were brought by former Jehovah’s Witnesses Jose Lopez and Osbaldo Padron. Both say they were sexually assaulted by Gonzalo Campos, a Jehovah’s Witness who was promoted to the rank of elder, even after Watchtower officials learned that he had sexually abused children in his congregations.

In a 2014 decision in the Lopez case, which the Watchtower appealed, San Diego Superior Court Judge Joan Lewis called the Watchtower’s refusal to hand over the documents “reprehensible.”

In 2016, the Watchtower acquiesced and began to hand the documents over to Irwin Zalkin, the attorney for the plaintiffs in both cases. The Watchtower provided the documents on the condition that they were placed under a protective order, meaning that Zalkin could not discuss their contents or share them with law enforcement agencies, reporters or the public.

The cases marked the first time the Watchtower had allowed its mother lode of child sexual abuse files into the hands of anyone outside the organization. Settling the cases means that any chance of unsealing the documents remains, for now, out of reach.

The settlement amounts in the Lopez and Padron cases are confidential.

Zalkin still has child abuse cases pending against the Watchtower in several states. In a statement to Reveal from The Center for Investigative Reporting he said that the Watchtower’s secret files are still on his radar.

“Although the Lopez and Padron matters have resolved, our efforts to obtain decades of files and data about known child molesters within the Jehovah’s Witnesses continue through ongoing cases in California,” he said.

Reveal began digging into the Watchtower’s child abuse cover-up in 2014 and found several policies and protocols used to keep child abuse secret from law enforcement and rank-and-file followers of the religion, including:

Zalkin tested that statement in the Padron case. He asked Watchtower officials under oath whether the service or legal departments had, since they started documenting abuse allegations in 1997, ever reported allegations of child abuse in California – where the lawsuit was filed – to authorities.

The Watchtower’s response: “No.”

Despite the Watchtower’s admission that it is sitting on decades of potential criminal evidence against child abusers, there is no indication that top law enforcement agencies in the U.S. – such as the FBI and attorneys general in California and New York – are conducting investigations.

Meanwhile, governments in other countries have taken an active interest in the Watchtower’s child abuse policies.

Investigators running a public inquiry into institutional child sexual abuse in the U.K. are weighing whether to open an investigation into the Jehovah’s Witnesses organization in England and Wales. A separate commission, one that regulates U.K. charities, has been investigating the Watchtower’s child abuse policies since 2014 but has yet to release its findings.

A government commission in Australia conducted public hearings in 2015 and found that the Watchtower had kept documents pertaining to 1,006 alleged child sexual abusers in its Australian congregations. None had been reported to police.

Attorneys in Canada filed two class-action lawsuits last year. Bryan McPhadden, the lead attorney in one of the cases, told Reveal that he intends to seek the Watchtower’s child abuse files pertaining to congregations in Canada, similar to those in Zalkin’s San Diego cases.

“It appears the organization has not established policies to prevent sexual abuse from happening and has faulty policies when sexual abuse is reported to it, at the hands of elders or otherwise,” McPhadden said.

Trey Bundy can be reached at tbundy@revealnews.org. Follow him on Twitter:@TreyBundy.

By Trey Bundy Reveal from The Center for Investigative Reporting March 21, 2018