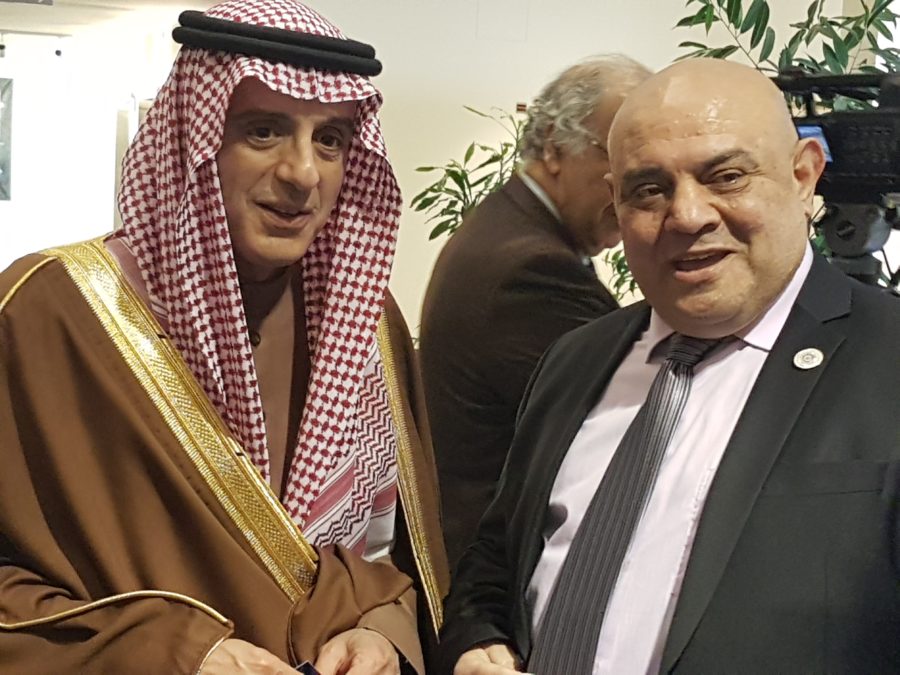 When they met in Brussels, Andy Vermaut was certain that His Highness Prince Jamal Al Noaimi was the man he said he was: a wealthy Arab royal who had devoted his fortune to aiding Muslim refugees.

But little of that was true, Vermaut says he learned after signing on as press aide for Al Noaimi’s Belgium-based charity network in 2017.

His account of his three months with the man who called himself a prince provides some new insights into a key player in a mysterious 2008 Beverly Hills real estate deal involving Donald Trump.

Vermaut, a Flemish human right activist and former reporter, said in a phone interview that soon after starting work, he began to question just what royal family Al Noaimi belonged to. Sometimes, the prince would say he was from the United Arab Emirates. At others, Saudi Arabia.

Then there was the lack of tangible progress on the prince’s grandiose, heavily promoted economic development schemes. And was the $23.1 billion electric car factory actually being built in Malaysia? Or Egypt? Or was it Morocco?

The capper came after a December session of the European Parliament in Brussels, where Al Noaimi often went to hobnob with political leaders.

With the prince looking on from the gallery, an aide promised delegates that Al Noaimi’s charity would donate $115 million to ease the plight of the 600,000 Muslim refugees who had fled to Bangladesh to avoid ethnic violence in Myanmar.

Months passed, and no donation was ever made, Vermaut said. Infuriated, he quit and began reaching out to reporters to express his outrage.

“The money was never given, and this was really, really bothering me,” he said in a phone interview. “I felt really bad.”

What the prince has to do with Trump’s mansion mystery

Public records concerning Al Noaimi’s charity network show that for a time his “Ambassador to the United States” was Mokless Girgis, an Egyptian man who had been at the center of a particularly unusual Trump real estate deal in California.

A Reveal investigation showed that that in 2008, Girgis, a Los Angeles pastor with little money and a history of financial scams, bought a mansion on famed Rodeo Drive for $10.3 million cash, according to real estate records.

Six weeks later, Girgis transferred the property for no money to a shell company set up by Trump. In a filing, Girgis claimed his name had been put on the deed to the mansion by mistake. A lawyer for the sellers gave the same account.

Trump later sold the mansion for $9.3 million. Experts who reviewed the transaction for Reveal said they found the story of a $10.3 million clerical error implausible.

One question that kept coming up: How did this small-time scam artist get in the middle of such a major real estate deal?

While the new details on Al Noaimi don’t answer that question, they show that Girgis’ association with suspected scams continued after the Trump deal as well.

Girgis, who had been the target of fraud lawsuits, dropped from sight after the mansion deal. But in 2012, records show he was in Belgium, working as U.S. ambassador for Al Noaimi’s foundation.

The Kingdom of Saudi Arabia denied that Prince Jamal Al-Noaimi was a Saudi prince, while a United Nations agency said his charity was “associated with scams.” An official with the prince’s charity told a reporter that he, too, was looking for Girgis, saying he had absconded with important documents.

The newspaper’s May 18 story accused Al Noaimi of worming his way into photo opportunities and meetings with a long list of European and Middle Eastern officials – including the mayor of Brussels – to promote several “megalomaniac” projects supposedly set up to raise huge sums for aid programs.

The newspaper story zeroed in on a series of Al Noaimi projects that have attracted attention in Brussels, home of the European Parliament.

Perhaps the most dubious: On his website, Al Noaimi claims that the Kingdom of Bahrain has employed one of his companies to develop three artificial islands in the Persian Gulf, at a price tag of $28.9 billion. Proceeds will benefit refugees, the orphans and the poor, Al Noaimi claims.

The island project is real, but the newspaper quotes the Bahrain government as saying Al Noaimi is a “scammer” who has nothing to do with it.

The newspaper also critiqued Al Noaimi’s claims about his $23.1 billion project to manufacture low-cost electric autos, with proceeds to fund his charity. In April, Belgian officials attended a news conference he convened to promote the idea. But the newspaper cast doubt on the project’s claimed financing, noting it is bigger than Volkswagen’s annual budget ($16.6 billion, according to Bloomberg).

“The prince is looking for interested investors for all his projects,” the newspaper wrote. “The question is whether you will see the money afterwards.”

Vermaut, the former press aide, said he never knew where Al Noaimi’s money came from, but the organization seemed to be flush with cash. Little was spent on refugee aid, he said.

Instead, Vermaut said Al Noaimi used the charity’s funds to buy a fleet of eight new cars – Range Rovers and Mercedes – and to pay for frequent trips to Paris to dine at the Jet Set, a pricey Persian restaurant off the Champs Elysees. During one dinner, Vermaut said Al Noaimi tossed $40,000 on the floor, apparently to demonstrate his great wealth.

Vermaut said he never met Mokless Girgis, and he only learned about the mansion deal from reading Reveal’s story. But he said Girgis still seemed to have some sort of role in Al Noaimi’s organization.

He noted that in a filing with the Belgian government that was updated in March, Girgis is listed as one of the six directors of the Association Prince Jamal Al Noaimi, as the charity is called.

By Lance Williams and Matt Smith Reveal from The Center for Investigative Reporting July 3, 2018