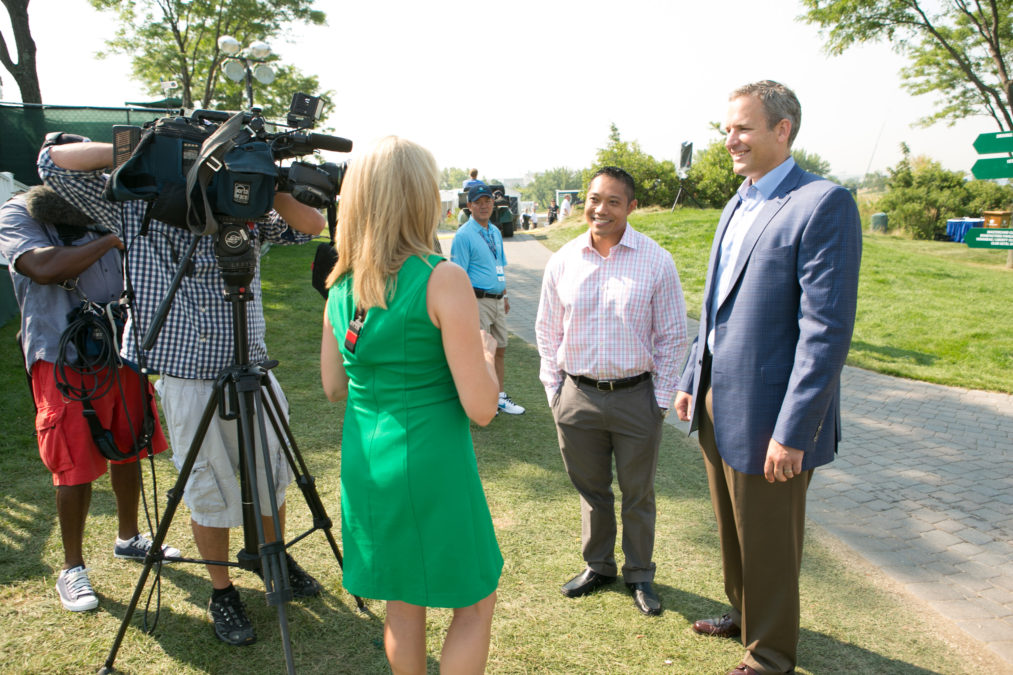 Retired U.S. Marine Corps Gen. John F. Kelly once taught a course to the Australian military. But that won’t stop him, in times of crisis, from coordinating with Australia in his new role as U.S. secretary of homeland security.

Before President Donald Trump nominated lawyer Noel Francisco to be solicitor general, he was a partner at the powerhouse Jones Day law firm. Jones Day has filed a legal brief opposing the president’s controversial immigration order, but Francisco will defend Trump’s order before the U.S. Supreme Court anyway.

Heather Nauert used to anchor the TV news program “Fox & Friends.” Now she has been cleared to answer Fox reporters’ questions as press secretary for the U.S. State Department.

That was the mild tenor of the latest set of conflict of interest waivers approved by the Trump administration and made public Wednesday.

“The newly released ethics waivers don’t say much about the Trump administration’s ethics policy or practice,” the clean-government group Public Citizen said in a statement.

“What we do know is that conflicts of interest and revolving door problems are pervasive in the thinly staffed administration.”

As a candidate, Trump portrayed Washington as an ethical “swamp” that needed to be drained. Once in office he wrote a tough set of ethics guidelines. Last week, under pressure from the federal Office of Government Ethics, he revealed that he had granted ethics waivers to such administration luminaries as Kellyanne Conway, Steve Bannon and Reince Priebus.

The waivers allow officials to work on issues that affect former clients despite conflicts of interest. Without waivers, officials with such conflicts must recuse themselves. For example, as Reveal has reported, former Washington lobbyist David Bernhardt, Trump’s nominee to the No. 2 position at the U.S. Department of the Interior, has promised to recuse himself from decisions affecting two California clients, the Westlands Water District agribusiness concern and Cadiz Inc., a water-development company.

Only one former lobbyist was among the dozen officials whose waivers were disclosed Wednesday. He is Lance Leggitt, chief of staff to Tom Price, secretary of Health and Human Services. As a lobbyist at the Washington firm of Baker Donelson, Leggitt represented health care concerns and medical manufacturers. The waiver allows him to work on issues affecting his former clients – but he agreed not to invest in biotech or health care companies.

While the list of White House waivers resembled the menu at a nothing-burger stand, there remained a litany of former lobbyists in a position to influence policies affecting their former bosses.

Those employees, however, weren’t required to obtain waivers.

Instead, a White House spokesman quoted by Politico said they were “advised of their need to recuse where the law requires.”

Suzanne Ryder Jaworowski was appointed Jan. 20 as assistant to Energy Secretary Rick Perry. She is the former director of communications and government relations for the Indiana mining firm Sunrise Coal.

At Sunrise, hers was the sort of job that entailed offering quotes such as, “Citations are part of the safety process,” when student journalists at the University of Illinois noted her company was cited in 2015 for at least 600 Illinois safety violations.

One fear good-government types have about the hiring of lobbyists is that public office becomes a “revolving door,” where staff members contribute to policy decision-making and at the same time look over their shoulder to their next private-sector paycheck.

Less than three months after the citations story appeared in February 2016, Jaworowski left her job to become Indiana director of the Trump campaign, a job that paid $5,000 per month. She and her husband ran up more than $42,000 in unpaid back taxes and $15,000 in credit card debt. They filed for Chapter 7 bankruptcy the week before Trump was elected.

Salaries for political appointees such as Jaworowski reportedly range from $67,114 to $155,500.

On April 15, Bloomberg reported that Perry had ordered a study of the U.S. electric grid with an eye to prolonging the lives of coal-fired power plants that could have been shut down. Republican Congress members from Illinois had blamed Obama-era environmental rules for the planned plant closures.

ProPublica made another such quick find from the financial disclosure form of James Manning, the acting undersecretary of education who consulted for what once was America’s largest student loan guarantor. USA Funds in 2015 sued the U.S. Education Department to remove limits to fees such agencies can charge borrowers. In March, the department rescinded the rule, and a week later USA Funds dropped its case. On his disclosure form, Manning had reported receiving $110,000 from USA Funds for consulting fees related to student loans and data analysis.

Politico, for its part, also identified lobbyists who had not been granted waivers despite appointments that seemed to overlap with their previous work. Amy Swonger, White House deputy director of legislative affairs, had lobbied for clients in aviation, banking, health care, immigration and taxes. Stephen Pinkos, Vice President Mike Pence’s deputy director of domestic policy, lobbied for more than 24 clients in areas such as telecom, construction, pharmaceuticals, lending and copyright.

By Lance Williams and Matt Smith Reveal from The Center for Investigative Reporting June 9, 2017