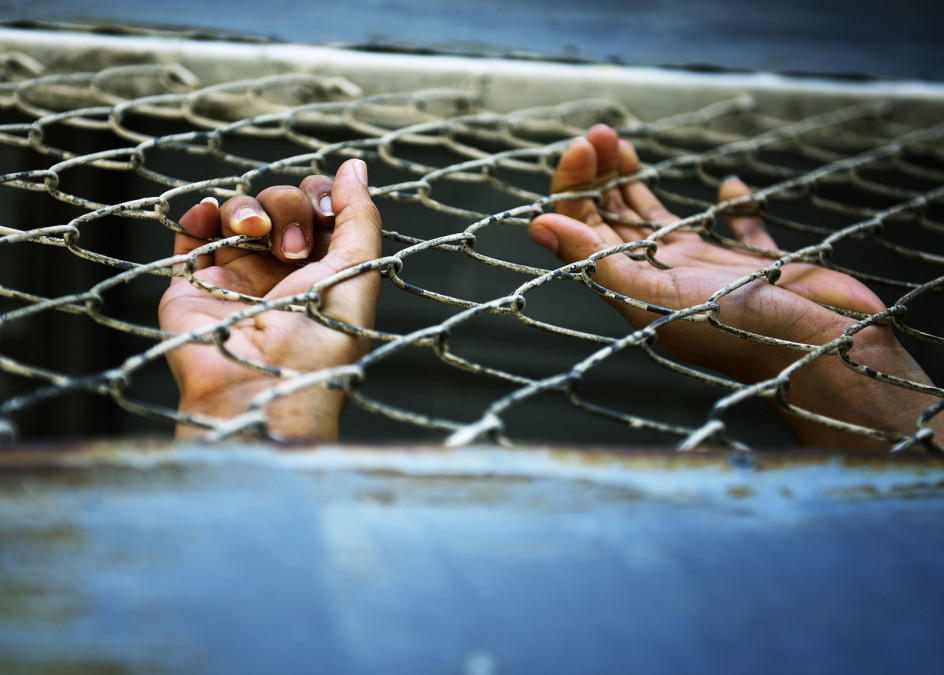 There has been a recent national trend toward re-evaluating juvenile solitary confinement practices and their effect on institutional violence, mental health and recidivism.

President Barack Obama announced Monday that he will ban solitary confinement for juveniles in federal prisons. Not curb, decrease or scale back the practice – ban it.

By any measure, it was a dramatic move. But it is also a largely symbolic one.

The vast majority of incarcerated juveniles in the U.S. are held in state or local facilities, which are not subject to federal prison reforms. Most implement solitary confinement free of significant outside oversight.

In an op-ed in The Washington Post this week, the president wrote that isolating juveniles leads to violence, exacerbates mental illnesses, increases recidivism and threatens public safety – pretty much what psychologists, criminologists and social reformers have been arguing for decades.

Criminal justice reform is an increasingly bipartisan issue, and grassroots efforts to ban juvenile solitary confinement have been underway for years. But if the president wants widespread change, he needs state and local correctional institutions to follow his lead.

That won’t be easy, and here’s why: The guards run the prisons.

While it’s widely understood that isolating juveniles promotes violence on both sides of the prison walls, correction officers have too often refused to hear it. For years, reform efforts have smacked into stiff opposition from the guards and their unions, who say that if solitary confinement goes away, safety and order will surely follow.

Change is a tough sell to those who believe that the status quo – hardline discipline and punishment – is the only thing keeping them safe and keeping the institution from exploding into chaos.

That thinking has permeated juvenile jails and prisons for generations. Too many correction officers lack the training they need to understand and cope with the traumatized youth they’re supposed to be rehabilitating. Some programs have worked to find alternatives to solitary confinement, and successfully, but in most facilities, some degree of excessive isolation is the rule, not the exception.

UC Berkeley criminologist Barry Krisberg once told me: “You could probably walk into almost any juvenile facility in the country and find some violation of a kid’s rights related to solitary confinement.”

In early 2013, my colleague Daffodil Altan and I began investigating the solitary confinement of teenagers across the U.S. We looked at prisons, jails and juvenile halls. We talked to guards, inmates, correction officials, lawyers, researchers and psychologists.

All of that took us a year, but we hit three key findings early on that helped explain why juvenile solitary confinement had been so resistant to reform.

Finding 1: Most juvenile facilities could isolate kids anytime for any reason with little accountability.

No federal laws limited the number of weeks or months that institutions could hold juveniles in isolation for 23 hours a day. Nor were institutions required to report how often they did so. At the time, the same could be said for 43 states. Without state or federal reporting requirements, absolutely no one knew with any certainty how many young Americans were held in solitary confinement each day, or for how long.

Finding 2: In lieu of adequate staff training and mental health services, isolation had become a default intervention used by guards in facilities around the country.

That’s because most guards who supervise minors are typically trained more as law enforcement officers than treatment counselors. That creates a culture among guards that is inherently adversarial toward the kids in their charge.

Finding 3: No one in the correction business admits to using solitary confinement.

Administrative segregation? Sure. Room time? Of course. Secure housing, reflection time or restricted engagement? Why not. But never, ever, solitary confinement. Try reforming a practice that has never been called what it is.

At the time we published our report in early 2014, only seven states – Alaska, Arizona, Connecticut, Maine, Nevada, Oklahoma and West Virginia – had placed prohibitions on juvenile isolation. Since then, there has been a national trend toward re-evaluating the practice. States such as Illinois, Mississippi and New York have curbed the use of solitary in some youth facilities by way of legal settlements and changes in departmental policies.

But even solitary bans that result from lawsuits or legislation can have loopholes. Existing bans allow correction staff to isolate kids when they become an immediate danger to themselves or others. That makes sense, but also begs a question: Who makes the call?

If a staff is not trained to create a therapeutic environment, recognize the precursors to aggressive behavior and de-escalate situations before they turn violent, then kids will still spend too much time in solitary.

In California, the Contra Costa County Juvenile Hall is working through these questions right now.

After settling a lawsuit over excessive use of isolation last year, the hall is in the midst of a two-year reform effort that bans using solitary for punishment or discipline. While young inmates still can be isolated for safety purposes for up to four hours, the department then must remove them from solitary and implement a specialized treatment plan, which may include transfer to a mental health facility.

But not every jurisdiction is as open to change as Contra Costa County.

While investigating Rikers Island in 2013, we interviewed Norman Seabrook, the head of the correction officers union in New York City. At Rikers, they call solitary confinement “punitive segregation.” We asked whether the practice should be banned or perhaps used less often.

“Hell no,” he said. “We don’t use punitive segregation enough.”

At the time, Rikers was routinely keeping about 25 percent of its adolescent inmates in solitary, often for months, sometimes for years.

The teenagers at Rikers were the “worst of the worst,” Seabrook said, too damaged and too dangerous to manage without locking them up alone for 23 hours a day.

“You’re giving us all of these young people, and we have to determine what’s wrong with them,” he said. “You can’t do it. It’s impossible.”

Seabrook is fond of listing the atrocities that young inmates commit against correction officers at Rikers: stabbings, slashings, fingers chewed off, urine splashed in their faces. And he’s not wrong. Those things happen. Being a correction officer is an incredibly difficult job.

But what you won’t hear from Seabrook is any understanding that the teenagers in his care come mostly from traumatic backgrounds, and can’t be expected to respond positively to violence, rejection or isolation.

“Giving these young people a pass because they’re 17 years old,” he said, “I’m not impressed with that.”

To be clear, some kids in some moments absolutely need to be isolated for their own safety and the safety of others. In fact, keeping them physically safe can be a starting point for their healing. Some kids, by the time they arrive in the system, already are calcified sociopaths, and to go at them with nothing but a kind word and an open heart is to invite disaster.

No one knows this better than correction officers, who put their minds and bodies on the line each day they go to work. But there is a balance between safety and treatment, between discipline and healing. The guards run the prisons. They run the jails and juvenile halls. They decide who goes in the box.

The president clearly hopes that state and local jurisdictions will reform their juvenile systems. Widespread progress will require resources because actual rehabilitation is expensive and regulation because accountability is good. But more than that, it will take a commitment from those working on the front lines to be retrained, supervised and invested in the success of the kids.

They don’t just have to accept a new approach – they have to want it.

By Trey Bundy Reveal from The Center for Investigative Reporting January 28, 2016