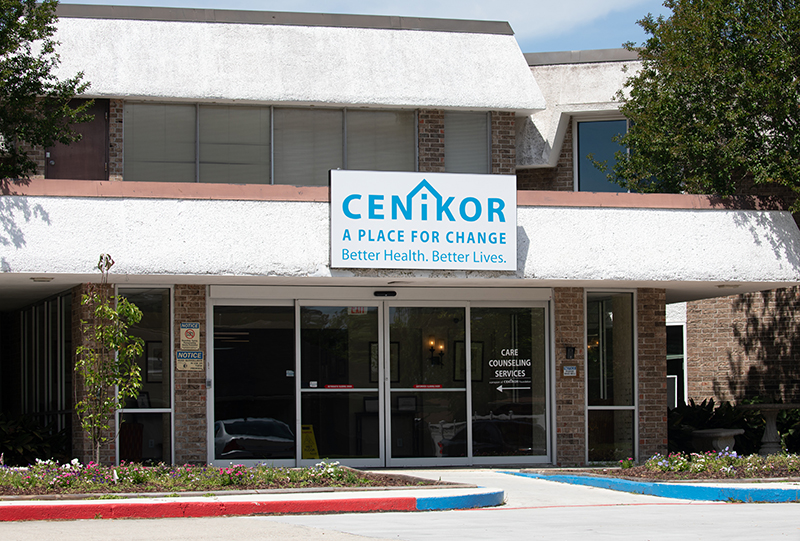 “Cenikor has turned patients struggling with addiction into a pool of unpaid, forced labor,” according to one of the complaints filed in federal court in Texas on Wednesday. “While in Cenikor’s work program, patients are frequently required to work 60-80 hours or more a week, often performing hard manual labor under dangerous conditions.”

The lawsuits come in the wake of an investigation by Reveal from The Center for Investigative Reporting and a documentary by Al Jazeera Fault Lines, which found that the Cenikor Foundation has sent tens of thousands of patients to work without pay at more than 300 for-profit companies over the years.

Patients worked grueling shifts in a warehouse for Walmart, in an oil refinery for Exxon and on an oil platform for Shell. Cenikor kept all of their pay, saying the wages would be used to cover the treatment costs of the program. While companies received a cheap, reliable source of labor, the patients worked so much that they had little time for addiction treatment or counseling.

The outside job contracts netted Cenikor more than $7 million last year, making it one of the most lucrative work-based rehabs in the country.

The lawsuits, filed in Texas and Louisiana, allege that Cenikor violated the Fair Labor Standards Act, which requires all employees to be paid minimum wage and overtime. The patients are suing for back pay from the rehab program. In addition, the Texas suit alleges human trafficking violations and seeks restitution for patients.

“It’s unconscionable what they’ve done,” said Andrew Bizer, the lead attorney in one of the Louisiana lawsuits. “Instead of getting treatment and regular therapy, you just have to work, work, work and not eat properly. It’s just horrific.”

More from ‘ALL WORK. NO PAY’

All three suits seek class-action status. If the lawsuits succeed, Cenikor could be ordered to pay back wages to potentially thousands of former patients.

Cenikor did not respond to requests for comment. In a previous statement to Reveal, Cenikor said the unpaid work is therapeutic and said patients’ wages are used to offset the costs of the program.

Timothy Klick was battling an addiction to opiates when he checked himself into Cenikor’s Fort Worth residential facility in 2018. He expected to get counseling and recovery help, but instead worked more than 40 hours per week without pay at a dinnerware factory in Dallas called ThermoServ, according to the complaint. The company’s cups and plates are sold at Bealls, Bed Bath & Beyond and Kohl’s, according to its website.

“I really wanted to focus on recovery and getting my life back in line,” Klick said in an interview. “But the whole recovery and rehabilitation part came second to working.”

At ThermoServ, Klick said he worked in a hot factory feeding formaldehyde and other compounds into an injection press. Klick said he was frequently surrounded by noxious fumes and dangerous chemicals that made his eyes water and nose run.

“Probably once a week I would tell myself I can’t do this anymore,” he said. “I told my friend, ‘I feel like a slave.’ I’m being forced to work and not getting anything out of it.”

Klick said he was physically and emotionally worn down from Cenikor, and had little time for counseling or groups because of the workload. After eight months, he finally decided to leave and file suit for back wages.

“They’ve been getting away with this for a long time,” Klick said. “Now that I’m out in the real world, I see that what they’re doing is wrong.”

Gregory Sorey, the lead plaintiff in another lawsuit, entered Cenikor’s Baton Rouge facility in 2017. He was soon put to work building scaffolds at a chemical plant and at an oil and gas company called Total Petrochemicals. He typically worked up to 60 hours per week, “and often much more,” according to the complaint.

Total Petrochemicals did not respond to requests for comment.

Malik Aleem ended up in the Baton Rouge Cenikor program in 2016 after a judge in St. James Parish gave him the choice between jail and Cenikor, according to Aleem’s complaint. His lawsuit states that Aleem worked at RB Electric, AEC Electric, and the student cafeteria and union at Louisiana State University. For more than a year, Aleem did not receive any pay for his work.

Companies that used Cenikor workers were not allowed to hire them before they graduated the program. If they did, the companies were required to pay Cenikor thousands of dollars, according to documents obtained by Reveal.

Staff used fear and other harsh tactics to keep participants working, the complaint said. If participants lost their jobs, they were punished with additional work and made to clean the facility and recite the “Cenikor philosophy,” the Texas complaint said. Other participants who ran afoul of Cenikor’s rules were forced to stand in a corner or sit frozen and upright in a chair for long periods of time.

By Amy Julia Harris and Shoshana Walter Reveal from The Center for Investigative Reporting May 2, 2019