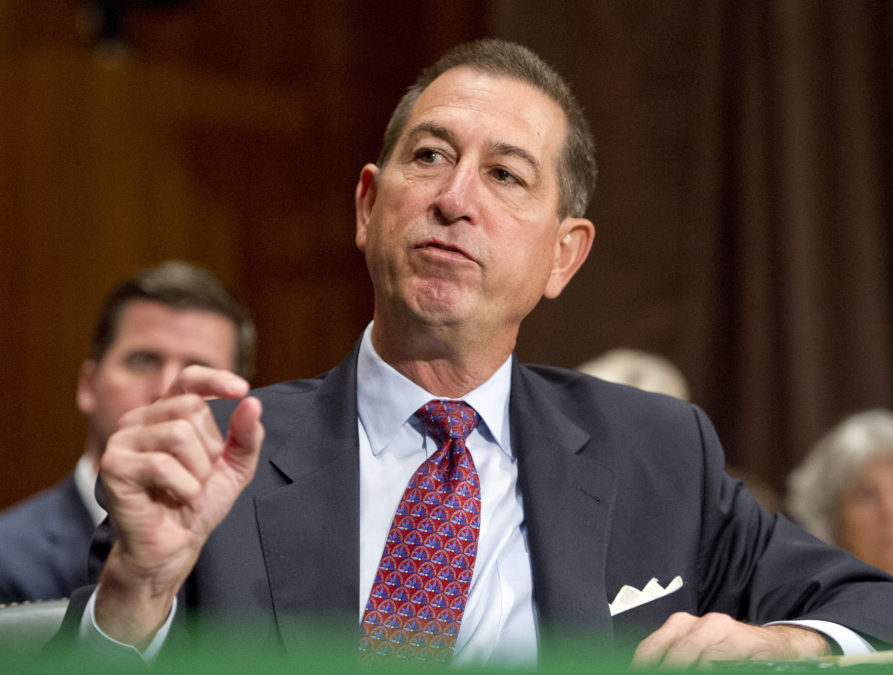 The Trump administration unveiled its vision to overhaul the federal law that regulates how banks lend to poor and working-class neighborhoods.

But housing advocates say those potential changes would lower the bar for banks lending in these communities.

Few of the proposed changes address the issues Reveal found in its “Kept Out” series.

The Community Reinvestment Act, signed in 1977, was designed to fight the effects of government-sanctioned housing discrimination, known as redlining, by requiring banks to make an effort to lend to all types of neighborhoods.

These proposed changes would water down the law’s intended purposes, said Lisa Rice, the president and CEO of the National Fair Housing Alliance. “It will be a detriment to families and our nation if changes to the CRA fail to guarantee that banks are meeting the credit needs of people in the communities where they are located.”

The 25-page report, drafted by the Office of the Comptroller of the Currency, the federal agency that regulates all banks, outlines new ways banks could claim federal credit for lending to poor and working-class neighborhoods.

Office of the Comptroller of the Currency spokesman Bryan Hubbard said the draft is in its early stages and is waiting for public comment before changes are actually proposed.

The public has until late November to submit their comments regarding the proposed changes to the Community Reinvestment Act. After that, the Office of the Comptroller of the Currency reviews the public comments with the Federal Reserve and Federal Deposit Insurance Corporation.

Joseph Otting, the former president and CEO of OneWest Bank, was sworn in as comptroller of the currency in late November 2017 and now serves as America’s top bank regulator.

In June, when asked by the U.S. Financial Services Committee if he believed discrimination exists, Otting said he had “personally never observed it,” but many of his “friends from the inner city across America tell me it is evident today.”

Under Otting’s purview, the Office of the Comptroller of the Currency has inspected 67 banks under the Community Reinvestment Act. All of them have passed with an “outstanding” or “satisfactory” rating.

But Otting said in a statement these changes provide more clarity and transparency, and encourage more lending and investment than the current law.

“I have also seen how limitations in the current CRA regulation can fail to provide consideration to a bank that wants to lend and invest in a community with a need for capital, including many low- and moderate-income areas,” the statement said.

The American Bankers Association declined an interview request, but argued in a prepared statement that the current law is outdated and hasn’t kept up with the changes in the banking industry.

“The current framework is holding back investment in communities the law is intended to serve, while failing to account for significant innovations in the banking sector, including the opportunities presented by mobile technologies,” the statement said.

Currently, banks are graded on mortgage lending, lending for multifamily properties and some small business lending. The proposed changes could expand the types of products and services that banks are allowed to use to show they are meeting the credit needs of a community.

And the definition of a “community” could change as well. Currently, banks are graded on their performance separately for each metro area where they have a branch or take deposits.

Under the new rules, banks could also claim credit for lending to poor and working-class neighborhoods in other places where they make a significant number of loans, even if they don’t take deposits there.

These efforts would then be boiled down to a single metric. That could potentially include the total amount of money a bank invested in all poor and working-class neighborhoods in all its markets combined divided by the bank’s total assets.

Kevin Stein, a director at the California Reinvestment Coalition, said these changes take away from the law’s focus on local investment.

“By opening up the door in every respect it just further and further weakens the accountability banks have in meeting local needs,” said Stein.

In March, Reveal reported that JPMorgan Chase & Co., America’s biggest bank, rarely lends to people of color in Boston, Philadelphia and Washington, D.C. But because the bank doesn’t have branches that take deposits in those metros, its lending isn’t evaluated by regulators under the Community Reinvestment Act.

The expansion of an assessment area means that Chase’s lending in these places could potentially be reviewed by regulators.

Hubbard said this expansion could also incentivize banks to lend to communities that fall outside assessment areas that are starved of lending.

Communities like Nicetown, a Philadelphia neighborhood that Reveal reported on, could see more lending. That neighborhood was historically “redlined” in the 1930s. From 2012 to 2016, lenders made 67 home improvement loans and denied 315.

But Stein doesn’t think so, calling the proposal a “Trojan horse.” Since the report lacks specifics and is open to interpretation, “it opens the door to undermining the very heart of CRA,” he said.

In February, Reveal analyzed data released through the Home Mortgage Disclosure Act and found that people of color were more likely to be denied conventional mortgages at rates far greater than their white counterparts in 61 metros, even when they made the same amount of money, took on similar debt and wanted to buy in similar neighborhoods.

And since the law is race neutral, banks can claim federal credit for lending to poor and working-class communities by giving loans to white gentrifiers.

Rawan Elhalaby, a manager at the Greenlining Institute, said these issues could be resolved if the law included a race and ethnicity criteria in the same way it requires lending to people of all incomes.

Currently, the Community Reinvestment Act applies only to banks, leaving out independent mortgage companies and credit unions. None of the proposed changes address this, meaning companies like Trident Mortgage Co. could continue primarily lending to white neighborhoods without violating the law.

By Emmanuel Martinez Reveal from The Center for Investigative Reporting August 31, 2018