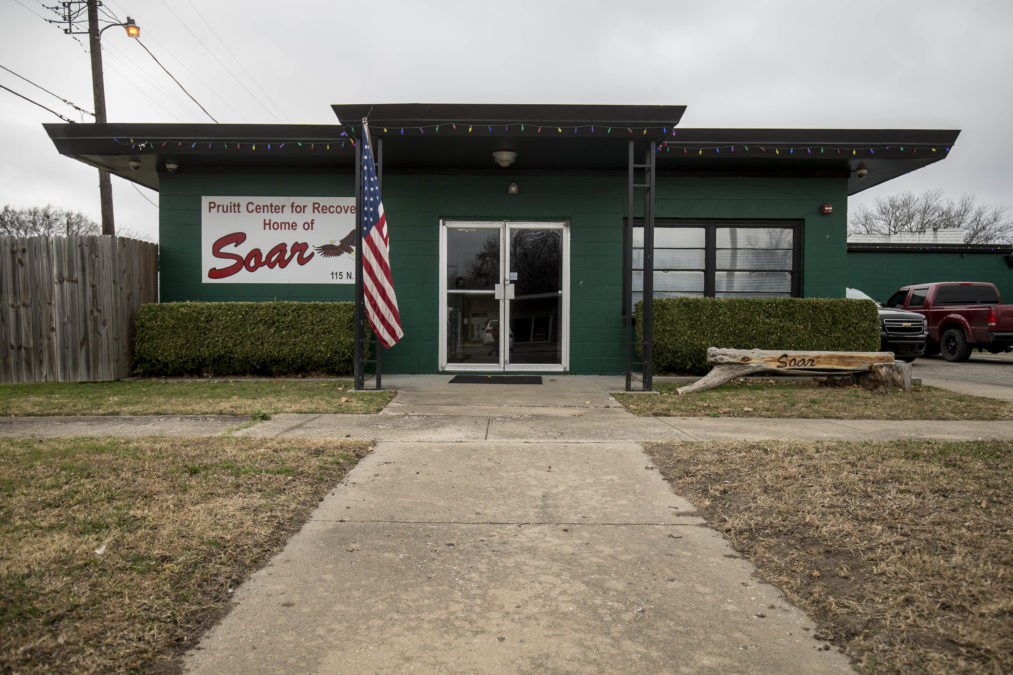 Judge Thomas Landrith started SOAR in 2008 as his drug court was grappling with a shortage of affordable treatment programs.

A drug rehabilitation program founded by a celebrated Oklahoma judge is now under investigation for food stamp fraud, according to the Oklahoma Department of Human Services.

The program, Southern Oklahoma Addiction Recovery, received defendants from drug courts and other diversion programs who are struggling with addiction and often unable to afford traditional  residential rehab. SOAR sent them to work unpaid at a Coca-Cola bottling plant, a roofing company, a pregnancy pillow factory and other local businesses. The program also sent men to do the judge’s yard work.

Reveal from The Center for Investigative Reporting found that the program required defendants to sign up for food stamps and then confiscated the cards. Officials at the Oklahoma Department of Human Services said that is against the law.

Debra Martin, a department spokeswoman, said the probe into SOAR’s use of food stamps could lead to criminal charges.

In an op-ed in the hometown paper The Ada News last week, SOAR’s board of directors said there had been a communication breakdown with state regulators.

“The former executive director of SOAR met with the local DHS office on several occasions to make sure that SOAR was in compliance with their rules,” the statement said. “SOAR staff left these meetings with the impression that if each participant used the card to make a purchase, that SOAR would be in compliance.”

Former SOAR participants said they were coached by SOAR employees about what to say to qualify for the cards and were forced to buy food for the entire program, rather than for themselves. They said they had no choice over what was purchased.

When Cody Theriac enrolled in SOAR, program administrators immediately hauled him over to the local Department of Human Services office to apply for food stamps, he told Reveal. They instructed him to say he was unemployed, he said, even though he would be working full time at a pillow manufacturer a few days later.

“Isn’t this fraud?” Theriac remembers asking SOAR administrators at the time. “I kept getting the same answers: ‘This is no big deal, this is how it’s done.’ The whole time I thought, if I don’t do what they said, I would go to prison.”

Theriac got a benefit card that day, which he had to turn over to SOAR.

In its statement, SOAR’s board of directors said the men’s cards were confiscated to “prevent them from being used to buy drugs.”

Some drug and alcohol rehab centers are allowed to apply for special food stamps for clients and legally purchase food on their behalf. But SOAR is not one of these approved programs and never has applied for these special benefit cards, according to the Oklahoma Department of Human Services.

In its op-ed, SOAR said the program spent an additional $4,000 each month on food for participants.

The op-ed accused Reveal of misrepresenting the program. For example, the SOAR board criticized us for interviewing participants who had been kicked out of the program.

“The usage of quotes from individuals suffering at that stage of addiction descends to a level of conduct for which there is no adjective,” the board wrote.

We spoke with more than a dozen men who attended SOAR in recent years, including several who graduated the program. Several spoke frankly about their struggles with addiction and relapse, including while in the program. All but one criticized the program’s emphasis on work instead of addiction treatment.

The SOAR board said the program saved taxpayer dollars by providing an alternative to prison for drug users.

“We truly believe that we are on the side of good,” the board said. “Our volunteers will continue to fight to keep SOAR the lifeline it has been for so many precious lives as we walk side to side with our brothers and sisters in humanity, protecting each other one day at a time from the abyss of drug addiction.”

The SOAR board said Judge Thomas Landrith, who helped start SOAR and is a board member, is not part of the day-to-day management of the program.

“He, like hundreds of other Ada residents, has used the Saturday SOAR yard crew. He pays for their work just like anyone else,” the op-ed states.

That pay does not go the men who do the work.

By Amy Julia Harris and Shoshana Walter Reveal from The Center for Investigative Reporting December 21, 2017