Response to work camp investigation: ‘Nothing short of slavery’ 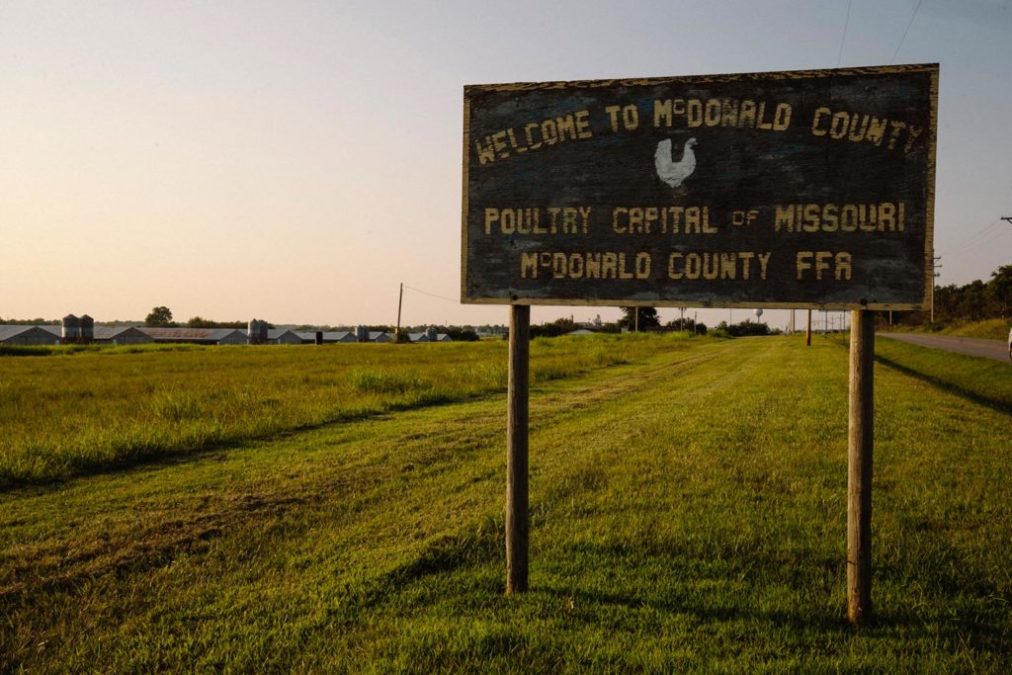 Note: This post is being regularly updated with responses.

Public officials, experts and even Rachael Ray’s pet food brand have spoken out to express their concern about the findings of our investigation into drug court rehabs that force defendants to work without pay at private companies.

The story focused on one Oklahoma program, Christian Alcoholics & Addicts in Recovery, or CAAIR. Rather than get professional addiction treatment, defendants churn out chicken for some of America’s largest brands, including Simmons Foods.

Here’s a rundown of some of the response so far:

Four class-action lawsuits have been filed against two rehab work camps and the companies they work with, alleging participants were modern-day slaves and seeking back pay.

“By defrauding these men and providing virtual slave labor for a private corporation, CAAIR and Simmons are not only violating longstanding labor laws, they are violating basic standards of human decency and the core concepts underpinning our constitutional democracy,” the firm that filed the first lawsuit in federal court, Smolen, Smolen & Roytman, said in a statement.

The program participants were “victims of a modern day forced labor scheme which existed virtually unnoticed for over a decade due to a combination of willful ignorance and enforced silence that was sanctioned by the courts and members of the faith community,” the ACLU lawsuit alleges.

The Ada Coca-Cola Bottling Co. suspended its use of workers from Southern Oklahoma Addiction Recovery, telling us that it takes “the concerns that have been raised seriously.”

“We have participated in the SOAR program because of the good we have seen it can do for people in our community and are hopeful we can work with SOAR to revise the terms of the program so that we can resume participation in the future,” the bottling company said in a statement.

Jim Hendren relied on unpaid workers from a drug rehabilitation center featured in our investigation. Hendren Plastics and the program now face a class-action lawsuit from former participants.

Our reporting found that the program required defendants to sign up for food stamps and then confiscated the cards. DHS officials said that is against the law.

Philip Hood, commissioner of the Arkansas Workers’ Compensation Commission, has opened an investigation into CAAIR’s practice of filing workers’ comp claims on behalf of injured men and collecting the payments.

Hood said an investigation could lead to criminal charges. (Even though CAAIR is located in Oklahoma, many of the men work at chicken processing plants in Arkansas.)

Let me see if I understand: They are ordered to work in this plant for free. And if they are injured on the job, they cannot recover anything? But a claim is filed on their behalf, and the rehab receives the money? That sounds like something from the early 1900s. And this is going on right now? And how is it legal?

Them being ordered to work for free is nothing short of slavery.

A.J. Griffin, a Republican state senator who sits on Oklahoma’s opioid abuse commission, questioned why drug courts are using CAAIR and said she was investigating the program.

The use of a non-certified treatment program is certainly not congruent with the standards for Oklahoma’s drug court system as I have understood them. Treatment programs certified by Oklahoma’s Department of Mental Health and Substance Abuse Services provide high quality treatment environments and should be used exclusively for treatment in Oklahoma.

The Freedom From Religion Foundation sent letters to 24 courts in Oklahoma demanding they stop sending defendants to a CAAIR.

CAAIR is not a drug rehabilitation program in any meaningful sense of the term; it is a forced-labor camp, shot-through with religious proselytization. For your drug courts to continue to send Oklahomans to CAAIR is a patent violation of the First Amendment.

The Oklahoma and Arkansas chapters of the American Civil Liberties Union have said they are investigating.

Those sentenced to CAAIR expecting reputable treatment were sold a false bill of goods. Instead of addiction treatment, victims of this and similar schemes found themselves forced to work with little to no pay in incredibly dangerous and inhumane conditions under threat of going to prison. This system allows corporations to profit on the backs of people our government claims to help. As we investigate this, it is important to consider how much the governments of Oklahoma and Arkansas knew about these abuses, and that they take steps to ensure no other people will fall prey to this scheme.

The Tulsa drug court is currently reevaluating its use of the CAAIR program.

Drug court spokeswoman Heather Hope-Hernandez said drug court officials have no records of complaints from the participants about the program. “However, we are reviewing our relationship with CAAIR in light of the information reported in the article,” she said.

The drug court has about 20 participants in CAAIR at any given time, she said. The court will no longer send people to CAAIR while the review is conducted, according to The Frontier.

A spokesman declined to provide details.

We’ve contacted Simmons to determine claim merit, whether this program fits our values, & ensure they comply with our strict vendor policies

Nutrish declined to provide a copy of its policies.

A number of brands that also sell chicken from Simmons Foods remained silent.

PetSmart declined to comment. We also contacted the following companies for comment, but haven’t received anything yet:

Debbie Berkowitz, a senior fellow at the National Employment Law Project and former chief of staff for the Occupational Safety and Health Administration, took particular issue with the dangerous work at chicken plants.

This is as close to indentured servitude as you can get, in a very dangerous industry.

It’s one thing to send them to work in retail work to teach them how to do a 9 to 5. But poultry is one of the harshest jobs in America. These are really dangerous workplaces. It’s really unfathomable to me. I can’t imagine how this is legal.

Have a tip about CAAIR or other rehab programs that put defendants to work? Let us know.

Response to work camp investigation: ‘Nothing short of slavery’

By Amy Julia Harris and Shoshana Walter Reveal from The Center for Investigative Reporting October 4, 2017