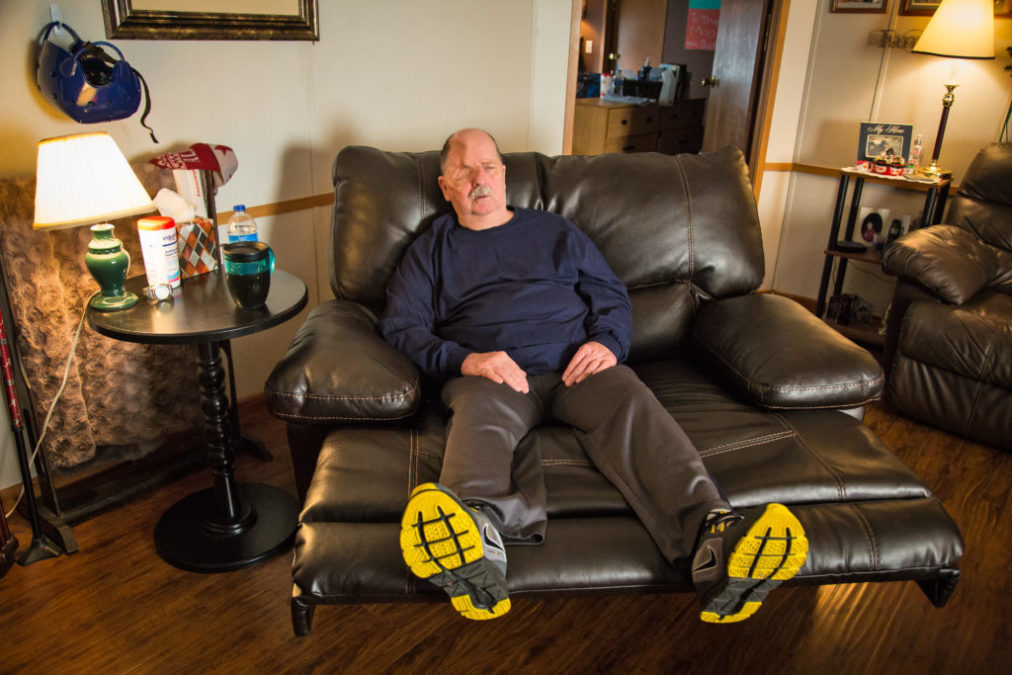 John Williams Jr., of Irvington, Alabama, lost his eyesight and part of his skull in a June 2014 crane accident at VT Halter’s Pascagoula, Mississippi, shipyard. Reveal's investigation of dangerous Navy shipbuilders has sparked a new law that requires a federal review of defense contractors' safety practices.

The legislation came in response to an investigation by Reveal from The Center for Investigative Reporting, which found that major private shipbuilders for the Navy and Coast Guard dodge accountability for worker safety – even when their workers die. These companies have received more than $100 billion in public money despite serious safety lapses that have endangered, injured and killed workers. The Navy declined to take responsibility, saying, “We are not the overlords of private shipyards when it comes to workplace safety.”

The investigation was published on Revealnews.org and Politico Magazine and aired on PBS NewsHour and the radio program “Reveal.”

After reading the investigation, Sen. Elizabeth Warren, D-Mass., pushed for the new law.

“These disturbing reports shined a light on defense contractors putting their workers at risk but still racking up millions of dollars in contracts from the federal government,” Warren, a member of the Senate Armed Services Committee, wrote in an email.

“To hold them accountable, I fought for the inclusion of a GAO study on how the Pentagon tracks and responds to workplace safety violations committed by defense contractors in the (defense policy bill). If federal contractors can’t keep workers safe, they shouldn’t be able to stuff their pockets with taxpayer money.”

A spokeswoman for the Navy’s Naval Sea Systems Command, which oversees ship construction, did not immediately respond to a request for comment.

Following Reveal’s investigation, Warren was among several lawmakers who called on the Justice Department to launch a criminal investigation into VT Halter Marine Inc., a major Navy shipbuilder that was the subject of Reveal’s investigation. Warren took to the Senate floor to excoriate VT Halter for its dismal safety record, saying the company’s failures illustrated why the government should avoid contracting with dangerous shipbuilders. The former head of the Occupational Safety and Health Administration under President Barack Obama urged the Navy to stop contracting with dangerous shipbuilders.

Under questioning from Warren, Trump’s then–nominee for secretary of the Navy was asked to respond to Reveal’s findings during his confirmation hearing before the Senate Armed Services Committee. Richard V. Spencer pledged to crack down on safety lapses and track workplace safety violations in shipyards that contract with the Navy.

Meanwhile, Warren pushed for the GAO review, which grew out of legislation the senator introduced over the summer.

Matthew Paxton, president of the Shipbuilders Council of America, which represents companies that run more than 120 shipyards, said, “We look forward to reviewing the GAO’s study findings.”

The GAO report is scheduled to be released within the next year and will be submitted to the defense secretary and congressional defense committees.

Reveal’s investigation “made it real for elected officials and the public, regardless of party,” said Debbie Berkowitz, senior fellow at the National Employment Law Project. “It was very powerful.”

The GAO report “is good for the taxpayer and good for working people,” Berkowitz added. “The government doesn’t want to be using taxpayer money to pay employers that are cutting corners on safety. An injury or fatality can really destroy a family and a community.”

By Jennifer Gollan Reveal from The Center for Investigative Reporting December 20, 2017