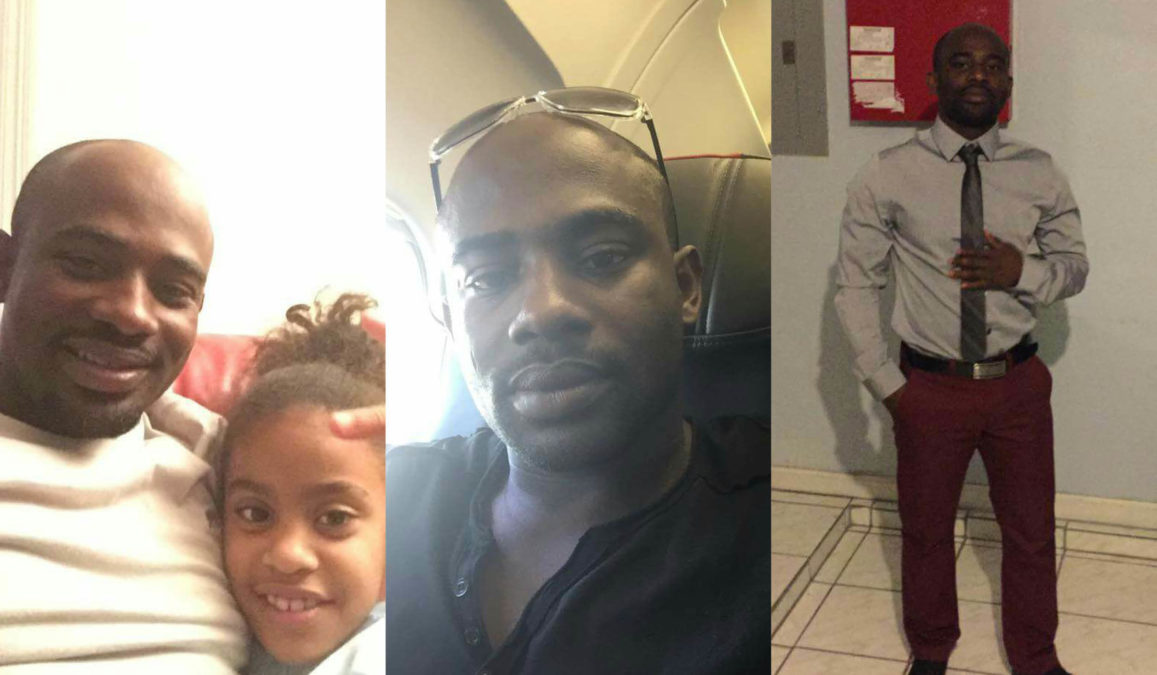 Padmore Atakorah, 34, died while working at the North Florida Shipyards in Jacksonville early this year. Atakorah, shown in family photos, was a Navy veteran earning his bachelor's degree.

Credit: Courtesy of the Atakorah family

A year after Secretary of the Navy Richard Spencer pledged to hold dangerous shipbuilders accountable and “make sure we are good stewards of resources,” a Florida shipyard has put that promise to the test.

Early this year, a worker was killed at a facility in Jacksonville owned by North Florida Shipyards, which has repaired ships for the U.S. Coast Guard and U.S. Navy.

Padmore Atakorah, 34, drowned in January when an air pressure system hit him, sending him into the St. Johns River. While federal workplace safety regulators investigated his death, North Florida Shipyards won contracts totaling more than $863,000 from the Navy and nearly $2 million from the Coast Guard, federal contracting records show.

“It sends a bad message,” Ruth Atakorah, who was separated from Padmore when he died, said in a phone interview. “It was a shock to me. It has caused a lot of pain to the family. There’s no safety.”

According to Atakorah’s obituary, he served in the Navy for nine years and was earning his bachelor’s degree in mechanical engineering when he died.

The company faces a proposed fine of $271,061 after federal investigators concluded that parts of the air pressure system that hit Padmore were corroded, according to the Occupational Safety and Health Administration. The regulator also cited the shipyard for various safety violations, including exposing workers to electrical, amputation and drowning hazards.

At his confirmation hearing a year ago, Spencer told lawmakers that he believed shipyards that contract with the Navy should protect their workers. Pressed by Sen. Elizabeth Warren, D-Mass., Spencer said he would look into tracking and monitoring workplace safety violations among private shipbuilders that win Navy contracts.

While the Navy and Coast Guard have been awarding the shipyard new business, another arm of the federal government has been working on a review of how the Pentagon oversees the safety of contract workers, including those building ships for the Navy. The report from the Government Accountability Office, a congressional watchdog, is scheduled to be released around February.

The forthcoming study was required under a new law sponsored by Warren in response to an investigation by Reveal, which found that major private shipbuilders for the Navy and Coast Guard dodge accountability for worker safety. These companies have received more than $100 billion in public money despite serious safety lapses that have endangered, injured and killed workers.

The investigation also was published in Politico Magazine and aired on PBS NewsHour and the public radio program “Reveal.”

“Given your plans to grow the fleet to 355 ships, it is important that taxpayer dollars do not reward companies that endanger the hard-working men and women who work in the shipyards that support our Navy,” Warren wrote in her letter to Spencer.

Navy officials did not return an email requesting comment on whether the Navy intends to step up oversight of workplace safety in private shipyards.

Matthew Self, North Florida Shipyards’ president, did not return a message requesting comment. In 2014, Self and the shipyard agreed to pay the federal government $1 million to settle a False Claims Act lawsuit. In its suit, the Justice Department claimed that Self set up a front company to win Coast Guard contracts intended for companies controlled by disabled veterans.

But in a pamphlet posted online, the company says it is committed to worker safety: “We believe safety should always come first, and we strictly follow all OSHA Laws and regulations in order to protect our employees and customers.”

By Jennifer Gollan Reveal from The Center for Investigative Reporting August 8, 2018