The Hate Report: A spike in anti-Muslim incidents across America 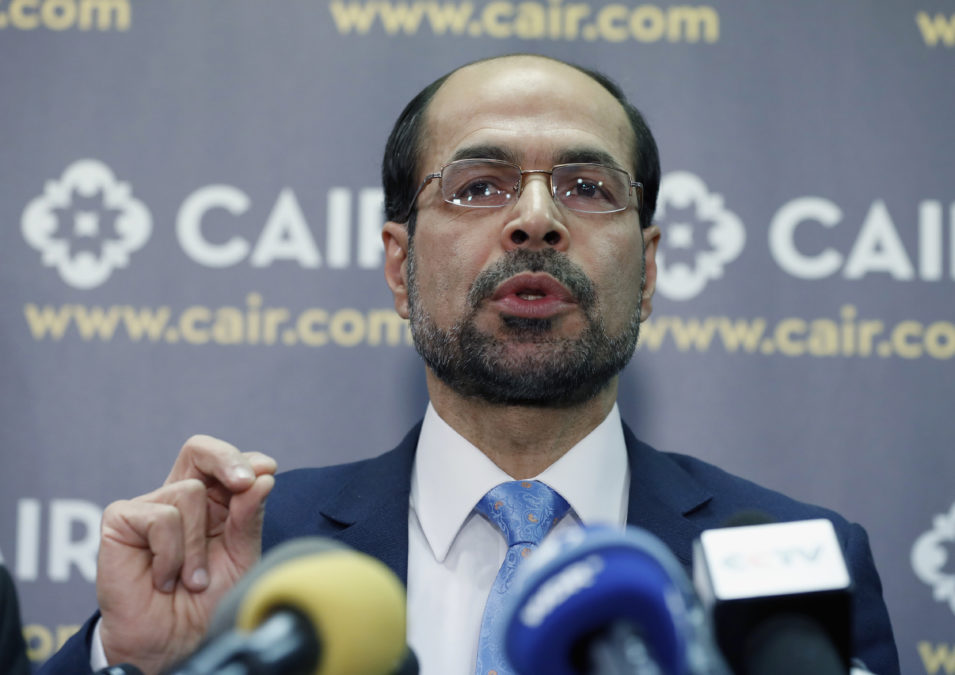 Anti-Muslim incidents in America spiked 57 percent last year, according to a detailed report this week from the Council on American-Islamic Relations.

The group’s executive director, Nihad Awad, didn’t mince words about who is to blame for the rise:

Presidential candidates have taken aim at the American Muslim community and other minorities for cheap political purposes. They have used fear and intimidation to gain votes and support among their voters.

“Trump has promised and delivered on his promise to ban Muslims,” he said.

A closer look at the report’s findings reveals some troubling trends.

The second-highest category of bias incidents measured in the report is Muslims who were “inappropriately targeted” by the FBI. The council notes a marked surge in what it calls inappropriate contact by the FBI during the weekend before the presidential election in November, and it compares this with an apparent lack of action to counter credible threats from far-right hate groups.

Despite threats of election-related violence from Trump supporters, the FBI chose to focus on Muslims, the report states.

At the time of writing this report, there is no indication that there was any widespread law enforcement outreach to Trump supporters, white supremacist or anti-Muslim groups.

However, information from several states indicates that FBI field offices received instructions from headquarters to conduct a general sweep of American Muslims, particularly those who had recently traveled to Pakistan or Afghanistan.

The most common form of bias incident collated by the council was straight-up harassment of Muslims by non-Muslims, who often were targeted because of their appearance or dress.

This week saw a couple of stark examples of such harassment that were caught on camera and went viral.

Stand-up comedian Jeremy McLellan posted a video on his Facebook page on Saturday of a Muslim friend of his being harassed at a Trader Joe’s in northern Virginia.

In the video, a middle-aged white woman tells the woman who is filming, “I wish they didn’t let you in the country” and “Obama’s not in office anymore. We don’t have a Muslim in there anymore.”

You can watch it for yourself. By Thursday, the video had racked up 8.4 million views.

Someone claiming to be the abusive woman in the footage later told a reporter for Fox 5 in Washington, D.C., that her comments were taken out of context and her family has received threats since the video went viral.

In another video doing the rounds this week, a man identified as 35-year-old Alexander Jennes Downing is seen ranting on a beach on Texas’ South Padre Island. According to NowThis, the man was directing his obscenity-filled tirade at an Arab family that was enjoying the beach.

Downing shouts, “Donald Trump will stop you” and pounds his chest screaming, “My country is the greatest country in the goddamn world ever.”

You can watch the full video here. Downing was later arrested. His mug shot shows him apparently in tears.

In San Francisco, a man was attacked and beaten at a train station Monday by an assailant wearing a security guard uniform who allegedly shouted anti-gay slurs. Police are searching for the attacker.

In Modesto, California, an Indian man was stabbed to death on May 5 at a convenience store, allegedly because he refused to sell cigarettes to shopper who didn’t have ID. According to Indian media, which have been following the case closely, the shopper allegedly left the store mouthing racist abuse at the clerk and then returned and stabbed him. Police are investigating the attack as a possible hate crime.

This week, Matthew Ellis, a 27-year-old Virginia man, was charged with multiple crimes, including a hate crime, after being accused of dragging a black woman out of her car and attacking her May 3 because of her race.

Despite currently facing lawsuits for harassment,  Andrew Anglin is still using his neo-Nazi website The Daily Stormer to call on his readers to harass people he doesn’t like.

Anglin started a campaign last week to “troll” the first black female student president of American University. Late last week, the student, Taylor Dumpson, was given police protection after a hate crime was reported on campus.

Bucking a national trend, Tennessee reported a 32 percent drop in hate crimes from 2015 to 2016, according to the Tennessee Bureau of Investigation.

That’s compared to an overall 20 percent increase in hate crimes in nine metropolitan U.S. areas, as measured earlier this year by the Center for the Study of Hate and Extremism at California State University San Bernardino.

Fighting back: Is it OK to hex a Nazi?

The internet was abuzz this year with the question of whether it is ever OK to punch a Nazi, but this week Vice News posed a different question: Is it OK to hex a Nazi?

Writer Callie Beusman interviewed several witches about an international plot to cast spells on Nazis and their ilk. Here’s a snippet:

If “witch” is the term for those who live at the margins, the people society has traditionally rejected and sought to render invisible, it has a subversive utility: It gives a name to something those in power want to keep invisible and indefinable. “Witchcraft is a name given to networks that have survived despite innumerable repressions,” one YMC member said. “The history of fascism is not just the history of fascist repression. It is also the history of resistance. Witchcraft is the practice of building that resistance.”

The Hate Report: A spike in anti-Muslim incidents across America

By Will Carless Reveal from The Center for Investigative Reporting May 12, 2017