The Hate Report: Has the Southern Poverty Law Center gone too far? 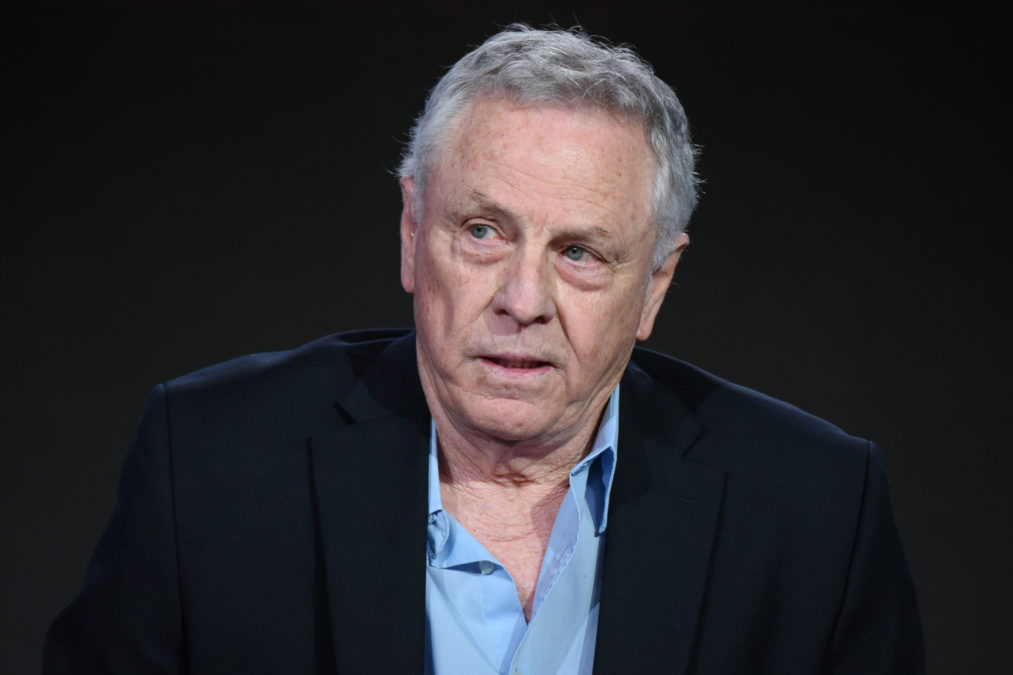 In this week’s Hate Report: A leading anti-extremism advocacy group’s motives are questioned, a look at what happens when the president shares a video made by someone with a history of racism, and a grieving mother pushes Indiana to enact hate crime laws.

If, at any point in recent years, you’ve heard that an organization has been “labeled as a hate group,” it’s a safe bet that phrase was immediately followed with “by the Southern Poverty Law Center.”

The group has spent decades building itself up as an essential source for collecting and disseminating information about radical right-wing and white supremacist groups. With the rise of President Donald Trump and a spike in hate crimes, the nonprofit is having something of a moment.

Now Politico is asking some critical questions of the organization: Has it gone too far, both in the veneration of founder Morris Dees and its willingness to classify various organizations as hate groups?

The rise of Trump is a moment made for Dees, the SPLC’s 80-year-old founder, who is more than a little Trumpian himself. Smooth, publicity-savvy and detail-averse, Dees is a marketing genius whose greatest success may be selling his own persona as a crusader – a skill on display across the street from the SPLC’s office, where a black granite memorial to the casualties of the civil rights movement proclaims it was built by the Morris Dees Legacy Fund. Inside the memorial’s gift shop, visitors will find on the wall a framed photo of Dees staring off into the distance, looking equal parts pensive and saintly. On a shelf next to SPLC-branded water bottles and mugs, the same image of Dees reappears in another frame; it’s also printed on nearby postcards, which are available for purchase.

The Southern Poverty Law Center has faced similar criticism in the past. For what it’s worth, I’ve been covering the law center for years and frequently use its staffers as sources – check The Hate Report from two weeks ago, for example – and I’ve never heard staffers promote Dees personally.

Additionally, if the U.S. government devoted more resources to tracking hate groups, something the Southern Poverty Law Center strongly advocates, the public likely wouldn’t need to rely so heavily on a single private organization, which naturally comes to the table with its own agenda, to keep an eye on the country’s web of extremism.

In the context of Trump tweeting a GIF

It’s probable that Trump didn’t think too deeply about the implications of tweeting a video depicting him metaphorically body-slamming CNN.

HanAssholeSolo, the Reddit user who reportedly created the video, likely has thought about it a whole lot. That’s because when CNN reporter Andrew Kaczynski tracked down HanAssholeSolo, he also found a long trail of racist, anti-Semitic Reddit posts. One post, for example, was a meme identifying many of CNN’s Jewish employees.

The article Kaczynski wrote about HanAssholeSolo proved massively controversial due to an oddly worded paragraph that made it seem like CNN was blackmailing a random dude on the internet into not posting any more racist memes. If you want to get caught up on the developments, which soon involved the neo-Nazi site The Daily Stormer (because of course it did), read this post by Gizmodo’s Bryan Menegus for the definitive first draft of this chapter of weird internet history.

Largely lost in the shuffle of the appropriateness of CNN’s actions was the lengthy apology HanAssholeSolo posted to Reddit around the time he was discovered by CNN.

I am not the person that the media portrays me to be in real life, I was trolling and posting things to get a reaction from the subs on reddit and never meant any of the hateful things I said in those posts … The meme was created purely as satire, it was not meant to be a call to violence against CNN or any other news affiliation. I had no idea anyone would take it and put sound to it and then have it put up on the President’s Twitter feed. It was a prank, nothing more.

HanAssholeSolo intended his content to be read in the context of Reddit communities that reward edgy, racist humor from anonymous participants. But the structure of the internet allows that content to be shared by anyone, even the president of the United States, to an audience that doesn’t necessarily adhere to that same value system.

The internet’s cloak of anonymity has given people a forum to say all the the hateful things they couldn’t get away with in real life. Communities, like the ones where HanAssholeSolo posted, even encourage that hate.

Hate, as it were, rarely stays contained.

On Jan. 16, 2016, officials found Jodie Henderson’s body beaten to a bloody pulp on a street in South Bend, Indiana. The 27-year-old Afghanistan War veteran was killed by Jabreeh Davis-Martin for one reason: Henderson was gay.

Convicted of Henderson’s death by a jury earlier this year, Davis-Martin will be sentenced later this month. But Davis-Martin won’t face hate crime penalties. That’s because Indiana is one of five states without a hate crime law on the books.

In an interview with the South Bend Tribune, Henderson’s mother, Patricia Forrest, said she hopes her son’s story will serve as an example to motivate Indiana lawmakers into action.

“I feel like I’m protecting the others out there. This can happen to anyone else, just like it happened to my son,” she said. “I need things to change in Indiana. I will fight until they change.”

Hate crime laws allow for harsher sentences than for similar offenses committed without motives rooted in racial, gender, religious or sexual orientation bias. Because these crimes often have the effect of intimidating an entire community of already vulnerable minorities, the punishment is enhanced to fit a crime committed against a wider population.

The argument made against hate crime bills is largely that they would create a new class of victims, which could violate the equal protection clause of the Constitution’s 14th Amendment. However, Indiana already allows prosecutors to seek more aggressive sentences for crimes committed against young children and senior citizens.

Arkansas, Georgia, South Carolina and Wyoming are the four other states without hate crime laws. The FBI has the ability to prosecute cases on the federal level, where hate crime rules are in place, but the agency involves itself in these types of cases infrequently, largely leaving it up to individual states.

Even in states with hate crime laws, the number of people sentenced under them is relatively small. As NPR notes, California’s total prison population was nearly 120,000 in 2013, but only 68 people were incarcerated for hate crimes.

A street by any other name

The Phoenix City Council recently voted to empower city officials to rename streets with offensive or racially sensitive names without first getting the approval of three-quarters of its residents.

Black leaders, hoping to get rid of Robert E. Lee Street, and Native American leaders, hoping to ditch Squaw Peak Drive, cheered the change. But other Phoenix residents weren’t as excited. However, the reason behind their opposition isn’t what you might think.

In the weeks before Hollywood, Florida, changed the names of streets named after Confederate military leaders such as Lee and Nathan Bedford Forrest, who was also the first grand wizard of the Ku Klux Klan, the city saw chaotic protests from white supremacists and people who didn’t want the legacy of the Confederacy erased from these streets.

But in Phoenix, the issues cited by the opposition were largely financial.

The people who live on those streets don’t want to have to order new driver’s licenses. One resident told The Arizona Republic: “We’re going to have to hire a lawyer to redo our will, retitle the house at our expense and scour our lives for all of the possible implications, which is likely to cost a pretty penny.”

However, according to a city report cited by The Republic, expenses borne by residents of these streets “are estimated to be minimal.”

Sign up to get The Hate Report by email every Friday. Have something to add? Aaron Sankin can be reached at asankin@revealnews.org. Follow him on Twitter: @asankin.

The Hate Report: Has the Southern Poverty Law Center gone too far?

By Aaron Sankin Reveal from The Center for Investigative Reporting July 7, 2017