The Hate Report: LGBTQ couple told to ‘move or die’ 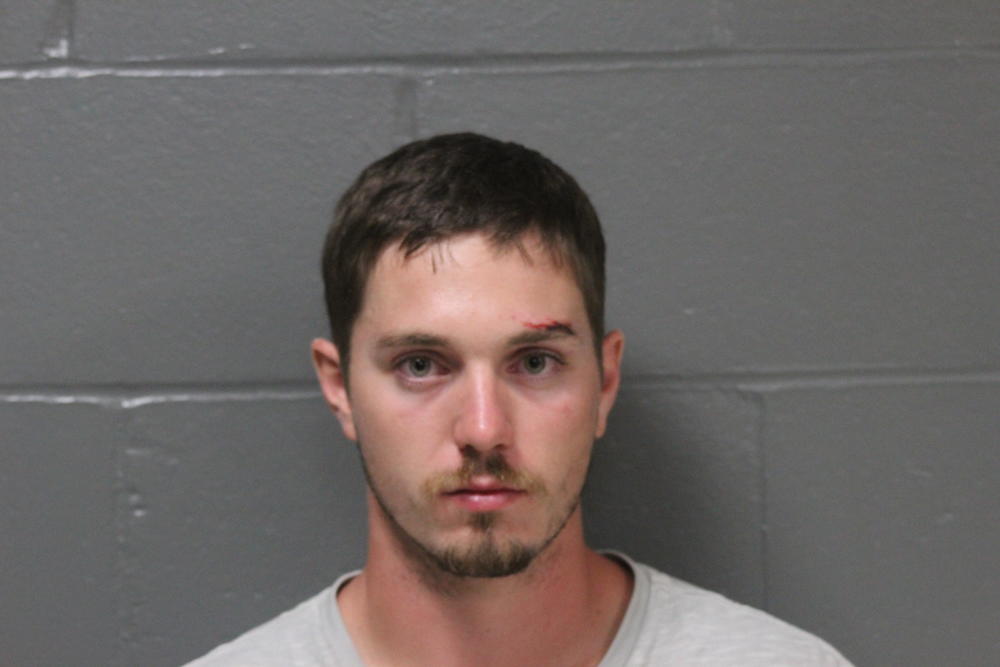 In this week’s roundup: more hate-fueled attacks on LGBTQ victims, Trump’s biggest mistake and the Hate Sleuths are up and running.

In Albany, New York, 37-year-old Hubert Dabbs is accused of attacking a man earlier this month and stomping repeatedly on his head, almost killing him, according to police. The attack was so vicious that it left behind a bloody footprint.

Dabbs allegedly attacked the man because of the victim’s sexual orientation, police say.

Dabbs is charged with attempted murder as a hate crime. The victim is recovering from his wounds, and he reportedly lost one of his ears in the attack.

This is just the latest in a string of violent attacks on the LGBTQ community this year.

In Missouri last month, 22-year-old Allen Loftis attacked three men in a bar, allegedly because he believed they were gay because they were flamboyantly dressed. Loftis, who punched at least one man and pulled a wig off another man’s head, told a sheriff’s deputy who responded to the fight that he “does not let gay stuff go on,” The Kansas City Star reported.

“Allen stated he was not going to allow gay behavior going on around him and this is why he pulled the wig from (the victim),” court records noted. “Allen’s assaults were unprovoked and motivated because of his belief the victim was homosexual.”

Loftis has been charged with three felony counts of third-degree assault motivated by discrimination, a hate crime.

In Washington, D.C., in April, two gay men were beaten so badly that one was left unconscious and the other suffered a broken nose. The assailants shouted homophobic slurs during the attack.

In May, four men were charged with hate crimes after a violent attack on two gay men after the Miami Beach pride parade in April. A bystander who tried to intervene hit his head on the pavement during the attack, requiring staples.

This week, in North Port, Florida, local television stations reported that a murder victim whose body was found Saturday in a remote area identified as a transgender woman.

A spokesman for the North Port Police Department said while it is possible that the victim’s gender identity may have been a factor, the department has no evidence that the killing was a hate crime.

And  in Newberry, Florida, a couple woke up to find “Move or die” spray-painted on their garage. Liz Abel, whose wife, Alecia,has identified as a transgender woman for three months, told local media that she was woken by sheriff’s deputies in the early hours of last Friday morning. Newberry, Florida couple Liz and Alecia Abel were woken by sheriff’s deputies after “Move or die” was spray-painted on their garage. Credit: OCALA.com (originally from facebook)

Abel said she has received support from her neighbors, who have brought her food, offered to repaint her door and also offered to install a security camera for her.

President Donald Trump’s infamous declaration that there was violence “on many sides” of last year’s deadly Unite the Right rally in Charlottesville, Virginia, drew widespread condemnation. In a rare about-face, however, Trump expressly condemned white supremacists and racism in a speech a few days later.

Trump was sharply criticized for initially saying that “both sides” were to blame. At the urging of advisers, he then condemned white supremacists and neo-Nazis but almost immediately told aides, “That was the biggest fucking mistake I’ve made” and the “worst speech I’ve ever given,” according to Woodward’s account.

We have outlined the Trump administration’s many ties to white supremacists and white nationalists on a regular basis in The Hate Report. We continue to dig into those relationships.

The Hate Sleuths are up and running

In recent weeks, we’ve been building a team of volunteers to help up dig into hate and extremism in America.

This week, that team – known as the Hate Sleuths – got started on its first task: listening several hours of a white supremacist podcast to search for tips, themes and people we should be looking at more closely.

We have about 20 confirmed Hate Sleuths, who will be helping us with research and analysis in the coming months. And we’re always looking for more.

Join the team! Start by filling out this quick Google form and we will get in touch.

The Hate Report: LGBTQ couple told to ‘move or die’

By Will Carless Reveal from The Center for Investigative Reporting September 14, 2018